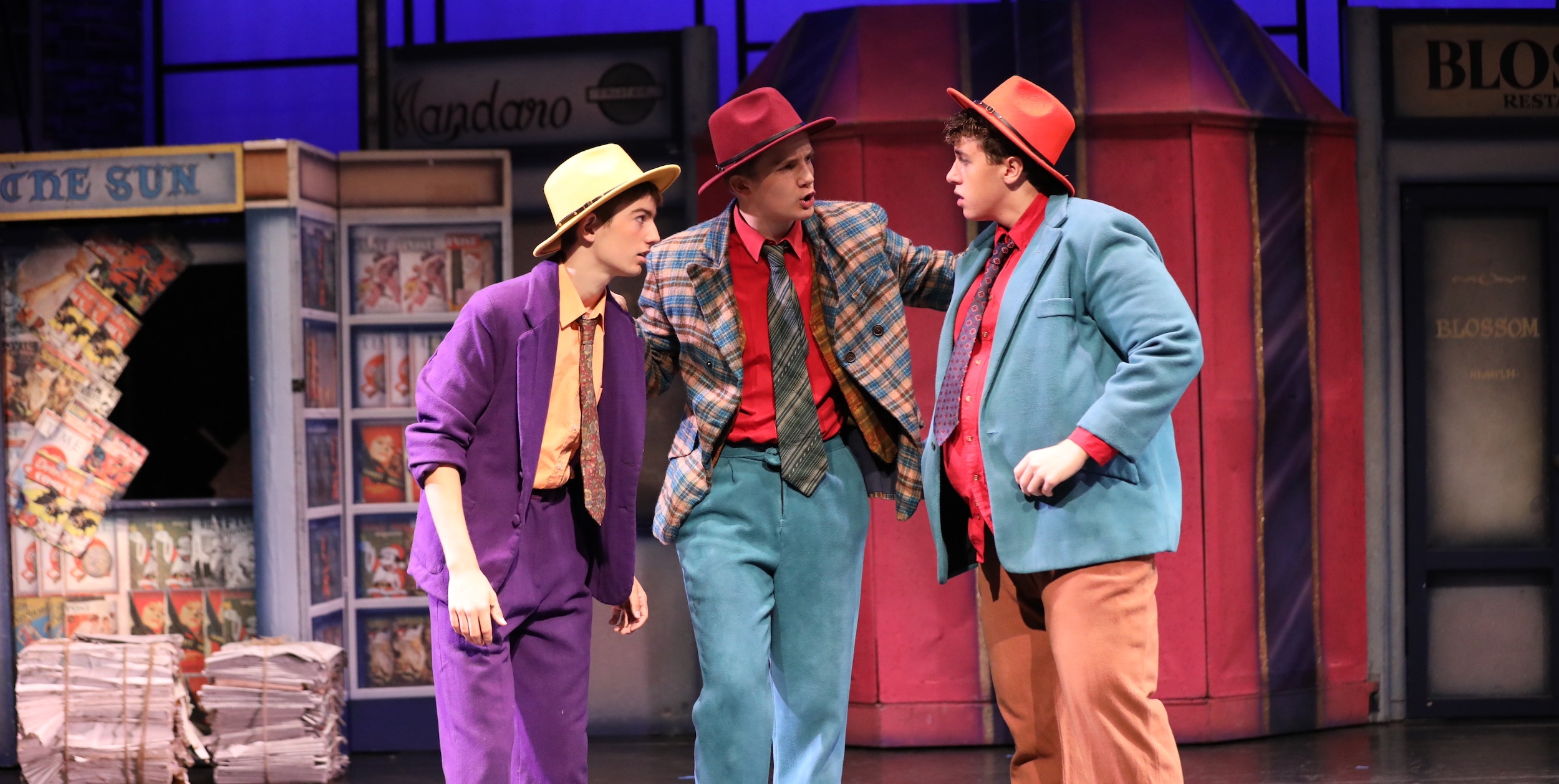 The Performing Arts thrive at Hampton and the Drama Department provides boys with excellent opportunities to develop their interest in acting, directing and technical skills. Staffed by a range of inspirational and experienced teachers, we believe the study of drama promotes creative, analytical and communication skills as well as engendering a lifelong love of the Arts and the Stage.

Hampton’s Drama Department is renowned for its standard of excellence and delivers numerous and varied co-curricular productions throughout the academic year. The standard of academic and co-curricular drama productions at Hampton is exceptional and pupils’ talents are showcased in our professional performance venue, The Hammond Theatre. Co-curricular productions include a Senior School Musical with Lady Eleanor Holles, a Junior Musical with Waldegrave School, a Sixth Form directed play, a Lower School play and a Middle School play with Lady Eleanor Holles. The department has also taken a production to the prestigious Edinburgh Fringe Festival.

All pupils studying public examinations are provided with a wide range of opportunities to visit the professional theatre enhancing knowledge of performance and design skills.

Every pupil studying Drama as an academic subject has the opportunity to give a live performance to an invited audience in The Hammond Theatre or Drama Hall.

In the Second Year, pupils are set a performance project. Each class devise around a narrative poem and perform to an audience in the Hammond Theatre. During the Third Year course, pupils study a ‘Devising Theatre’ unit, culminating in a performance of their own work to an invited audience, in the Drama Hall.

During the GCSE course, pupils will perform a range of plays (scripted and devised) in either the Hammond Theatre or Drama Hall to an invited audience. Previous performances include Golding’s Lord of the Flies, Berkoff’s The Trial and Kelly’s DNA.

Pupils studying Drama and Theatre A Level will deliver a range of performances in The Hammond Theatre and Drama Hall throughout the course. Performance texts vary in genre and period, ranging from classical theatre and farce, to renaissance and new-writing. Pupils will also devise and perform their own original play inspired by the methodology of a theatre practitioner or theatre company.

Our professional standard theatre, The Hammond Theatre, is a venue to rival any school in the country and offers the perfect environment for a wide range of performances. It seats 380 people, is fully equipped with state-of-the-art lighting and sound technology and is run by a full time technical team.

Situated in the Garrick Building, the black box studio is used as a performance space, rehearsal and teaching room and as a venue for drama workshops by visiting professional practitioners. The Drama Hall also has a lighting rig and a range of audio visual equipment.

Hampton also offers an excellent dance studio with mirrored walls and wooden sprung floor which is used for academic lessons and co-curricular work. Dances for the School’s biennial musical are rehearsed in the studio, and during lessons it is used as a facility for chorus and movement work.

Boys in the Fourth Year will follow the EDUQAS Drama GCSE course. This is an exciting, inspiring and practical course promoting involvement in and enjoyment of the theatre, helping them understand the medium from both a performance and technical perspective. Pupils will have the opportunity to watch a wide variety of live theatre, developing a critical eye as an informed and thoughtful audience member. They will be developing a wide range of theatrical skills and will apply them to a performance of scripted and devised pieces. This allows them to work collaboratively to generate, develop and communicate practical ideas. There is also the opportunity for pupils to work as designers.

The EDUQAS Drama and Theatre A Level is a broad and coherent course, which allow our pupils to develop a high level of awareness and understanding of the roles and processes involved in theatre practice, through a practical and challenging syllabus. Pupils will develop and apply an informed and analytical framework for making, performing and interpreting Drama and Theatre. In lessons, pupils will explore their wide ranging set texts practically in order to inform and develop their theoretical knowledge of Drama. Pupils will have many opportunities to watch a wide variety of live theatre, developing a critical eye as an informed and thoughtful audience member. There is also an opportunity for pupils to work as designers.

Open to all boys in the First, Second and Third Year, this club meets during lunchtime, once a week. Pupils work on their improvisation and performance skills through a series of games and exercises.

Pupils meet on an ad hoc basis throughout the year and learn how to operate and programme the latest lighting and sound equipment in the Hammond Theatre and assist with set and prop design. Hamptonians participating in this club will be under continual guidance and supervision by the Theatre team and regularly provide backstage support for our Drama productions.

Each Hamptonian studying Drama will visit the theatre at least once during the year to watch and evaluate a live professional performance. Pupils are also encouraged to see the professional theatre productions that tour to our very own theatre and attend the National Theatre Live screenings at The Hammond Theatre.

These extremely popular musicals are performed as a joint production with Lady Eleanor Holles every year. Pupils from Third Year and above are encouraged to take part and competition for principle roles is very strong. Previous musicals have included Guys and Dolls, West Side Story and Crazy for You.

Boys from First to Third Year are invited to participate in this annual production, taking place in the summer term. Previous plays have included The Ramayana, Jason and the Argonauts and Rat’s Tales.

Previous productions include The Crucible and Brainstorm. This joint production with LEH is for Third and Fourth Year pupils, alternating venues each year with LEH.

There is the opportunity for Sixth Form dramatists to perform a play in the spring term. This tends to be a pupil-led production. Previous Sixth Form directed plays have included Punk Rock, And Then There Were None, A View from a Bridge and The Importance of Being Earnest.

oliver! the musical gallery        Romeo and Julilet Gallery    The Wizard of Oz Gallery