Hampton School was founded in 1557 by Robert Hammond, who left a sum of money in his will to set up a school for local boys in the parish of Hampton. Our other early benefactors included Nicholas Pigeon, his grandson Edmund Pigeon, and the Reverend FitzRoy Fitzwygram, who all used their wealth to support the education of local underprivileged children. Many generations on, Hampton remains committed to playing a full and active role within the local community.

As a former grammar school, Hampton has no historic endowment fund on which to draw, which has limited the number of pupils the School could support. There are many talented boys within the local community, who are unable to benefit from a Hampton education due to lack of funding.  In order to address this, the Fitzwygram Foundation was established in 2016 as a separate, but linked, charity for the sole purpose of increasing the number of free places offered at Hampton School. There are currently 87 boys attending Hampton on completely free places and many more receive financial help with fees in the form of top up bursaries.

You can make a difference by making single or regular gifts, by leaving a legacy or through giving your time and expertise to current Hamptonians.

There are many ways in which you can support the Fitzwygram Foundation in its purpose of increasing the number of free places available at Hampton School.  Every donation, regardless of its size, is hugely appreciated and you will become part of an active community helping to support life changing opportunities for bright local boys.

We have set out below the various ways you can make a financial gift and, if you are a UK tax-payer, please consider completing the Gift Aid declaration, as this will increase the value of your donation by 25%.

Set up a regular gift to the Fitzwygram Foundation. We are very grateful for every donation of whatever size. For example if every Hampton family donated £20 each month, with Gift Aid, this would pay for 12 additional free places.

Make a single donation, either online, by post or bank transfer.

Leaving a legacy is an opportunity to support future generations of Hamptonians thorough the Fitzwygram Foundation and every gift, of whatever amount, is valuable to us.

Other ways of giving

You can support the Fitzwygram Foundation in many other ways such as donations of shares, payroll and matched giving and corporate giving.

If you live overseas there are tax efficient ways of giving to The Fitzwygram Foundation through charities such as BSUF and TGE.

Tax Efficient Giving in the UK 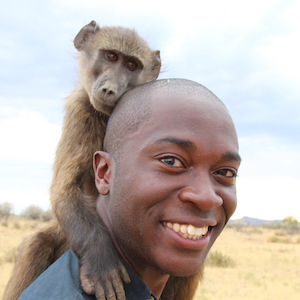 Patrick attended Hampton on a Free Place. He was keen on Athletics, Rugby, Theatre Studies and Science. After studying Cancer Biology at the University of Bristol, he decided to pursue a career in wildlife film-making. He is now a regular presenter across a range of mainstream channels including BBC and Sky.

“The support I received to attend Hampton enabled me to become the person that I wanted to be. Hampton not only allowed my enthusiasm for science to grow, but also encouraged me to be conscious of the world around me. I am eternally grateful for all the opportunities that Hampton provided me with and I am delighted that The Fitzwygram Foundation will provide further free places to future Hamptonians.” 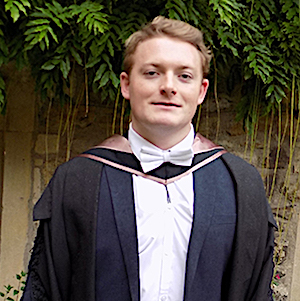 Luke graduated from St Edmund Hall, Oxford in 2017 with a First in Materials Science and a nomination for a national academic award. He is pursuing a career in patent law. While at Oxford, Luke spent one summer on placement at Tsinghua University in Beijing, and another researching synthetic diamond materials. He continued playing rugby after Hampton, representing his college as well as the Oxford Colleges XV against Cambridge Colleges XV.

“Hampton provided me with incredible opportunities and I am very grateful for the generosity of the benefactor who supported my place at the School. Hampton is far from a typical school; its nurturing atmosphere allows boys to work towards their ambitions, encouraging all-round development as people as well as students.” 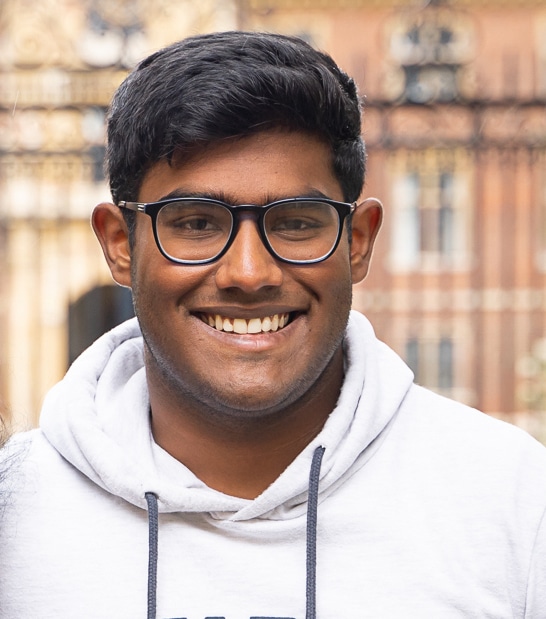 Koby is currently studying Medicine at St Catharine’s College, Cambridge and attended Hampton on a Free Place. A chess prodigy since joining in the First Year, Koby went on to accrue many titles including U18 British Chess Champion. Koby immersed himself into Hampton life – he joined the orchestra and performed with the male-voice choir Voices of Lions at Edinburgh. A School Vice-Captain in his final year, Koby was an excellent mentor to younger Hamptonians and organised several charity fundraising events.

“Hampton has just really shaped who I am. I can’t imagine being the same person I am if I had gone to another school. The School has provided such an amazing foundation for the next stages of my life and I’m really looking forward to what the future has to offer.” 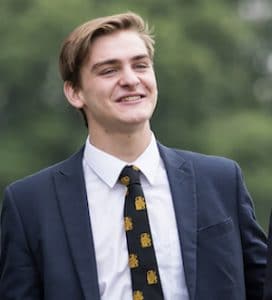 Luca Cericola OH (2016) is currently a Trainee Solicitor. Luca studied Biochemistry at Bath University and at Hampton, he was an integral part of the First XV rugby team and a School Vice-Captain.

“I was given a free place at Hampton and I knew that I had to make the most of my time at the School. Throughout my time I wanted to repay the School for giving me such an incredible opportunity. It was an absolute pleasure to get involved with as many sporting, social and academic opportunities as I could and I continuously pushed myself to my limits to ensure that I achieved my goals. Hampton gave me the chance to explore and express my potential in all aspects of life and this is something I simply could not have even dreamed of until I was awarded a free place to Hampton.”

Hampton has a long-established tradition of providing free places to boys whose families could not otherwise afford a Hampton education.

Our earliest benefactors, Robert Hammond, Nicholas Pigeon, and his grandson Edmund Pigeon, were local philanthropists who used their wealth to support the education of children of poor families. Local Victorian social reformer, the Reverend FitzRoy Fitzwygram, funded the opening of new schools for underprivileged children in Hampton.

In the 1930s and 1940s, the much-loved Hampton Headmaster, Arthur Mason, awarded Free Places to boys whose families needed help with fees. Following national education reforms in 1944, places at Hampton Grammar School were free for all pupils, irrespective of a family’s financial means. From 1980, the government’s Assisted Places Scheme provided means-tested places for pupils joining at 11+ or in the Sixth Form. Since the cessation of this scheme in 1998, the School itself has offered reduced-fee and Free Places to young people, and will continue to do so. In a typical year, Hampton provides Free Places to over 40 boys, with further 40 or so places offered on a reduced-fee basis, thus benefiting over 80 boys in all. 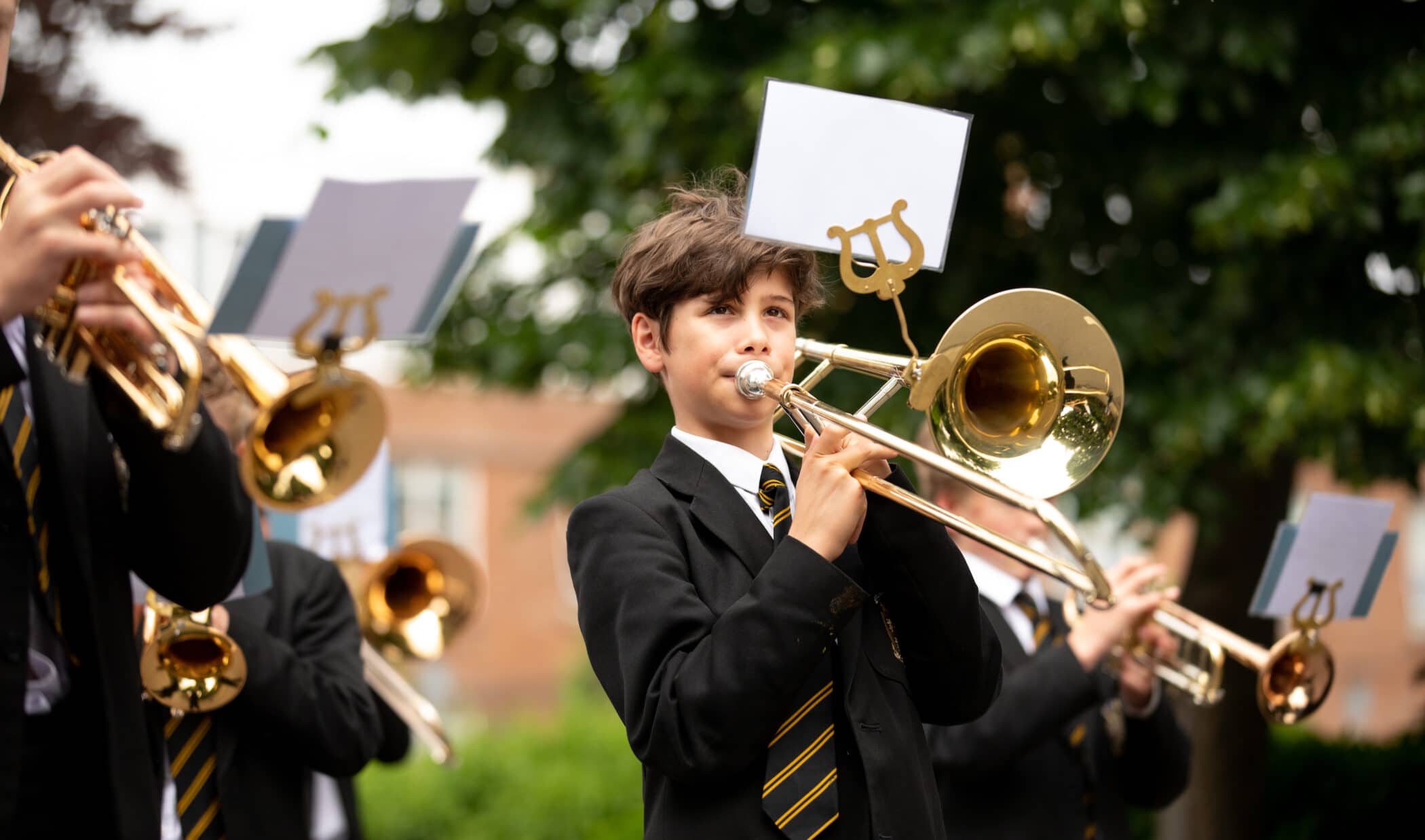