A generous investment programme ensures that pupils and staff benefit from first-class facilities across all areas of School life. These include a state-of-the-art 3G sportsground, a large Sports Hall and the Hammond Theatre, along with an excellent library and specialist facilities for Art, Music, Science, Technology, IT and Languages. We have recently opened a superb Sixth Form Study and Careers Centre. The Millennium Boat House, shared with our neighbouring girls’ school, Lady Eleanor Holles (LEH), enjoys a prime location on the nearby River Thames and provides the focal point for our renowned Boat Club.

Hampton School dates its foundation to 1556/7 when, thanks to a bequest by Robert Hammond, a prominent local businessman, provision was made for the elementary instruction of local children by the Vicar of St Mary’s, Hampton upon Thames: 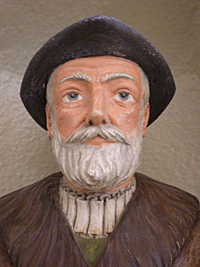 the … vicar churchwardens and porocheners shall cause a free scoole to be kepte … for euer more to thentent that the children there shalbe brought vpp shall praye for my soull and all Christen soulles.

The School has undergone many transformations since then and, although remaining in the Hampton area, has occupied several different sites. It moved to its current location in the Hanworth Road in 1939. Although it became a State Grammar School in 1910, it reverted to Independent status in 1975.

Today Hampton School is recognised as one of the leading academic boys’ schools in the UK. It has over 1,200 pupils, almost all of whom progress to top universities either in this country or abroad before pursuing a wide range of careers. 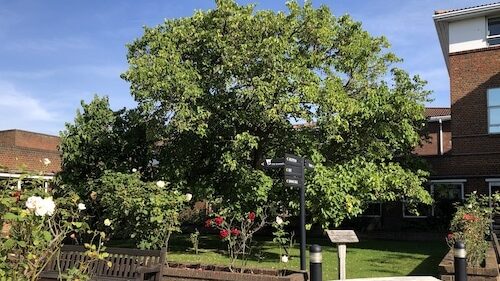 The Hampton Mulberry tree has stood in the Cloisters for over 75 years and continues to produce delicious fruit in the late summer. The tree was first planted by A.S. Mason, Headmaster 1924-50, when the School was located in the Upper Sunbury Road. It was moved to its current position circa 1939. An item in that year’s issue of The Lion reports:

In one of the squares of the outer quadrangle has been planted a fine young mulberry tree … Given freedom from drastic damage there is no reason why it should not live to see Hampton Grammar School three centuries older than it is now is.

The School Archives are the guardian of its collective memory, aiming to preserve and develop to the best possible professional standards, a collection of material relating to the history of Hampton School both as a separate institution and in relation to education generally, and to the School’s position within the local community.

Approaches to the Archives should in the first instance always be made in writing to the Alumi Office, either by e-mail to alumni@hamptonschool.org.uk or letter, addressed to The Archivist at the School. The Archives Policy (covering Access and Accessions) is linked below.

The Hampton School Song was written by schoolboy H. R. Dawe and put to music by the celebrated pianist Alec Rowley.

It was first performed at the 1930 End of Term Entertainment. The song was traditionally sung on Founders Day, after the end of term Assemblies and to end Old Hamptonian functions.

A copy of The School Song could be purchased from the school shop for 3d! 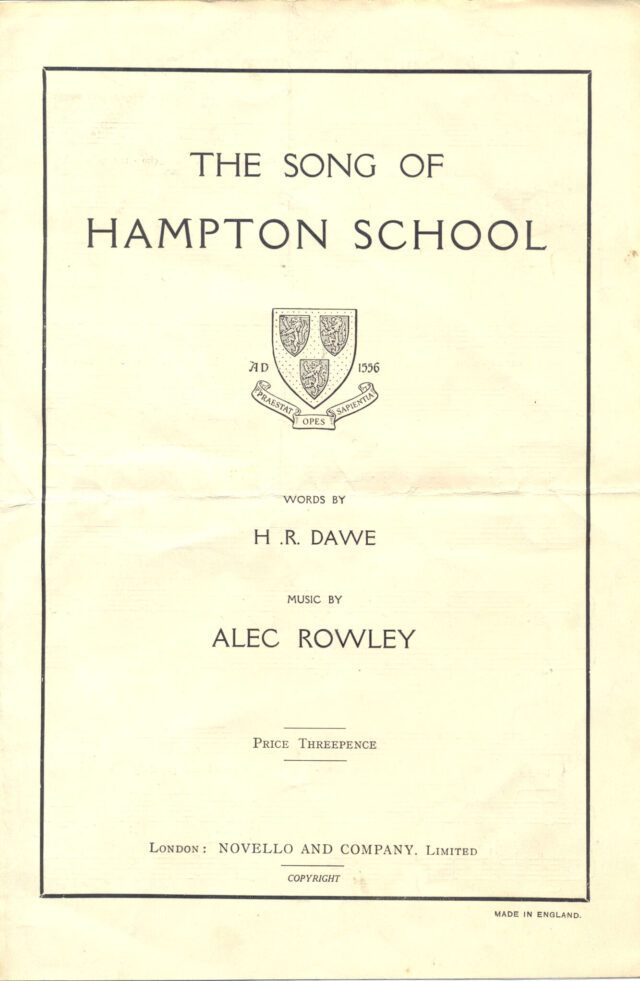 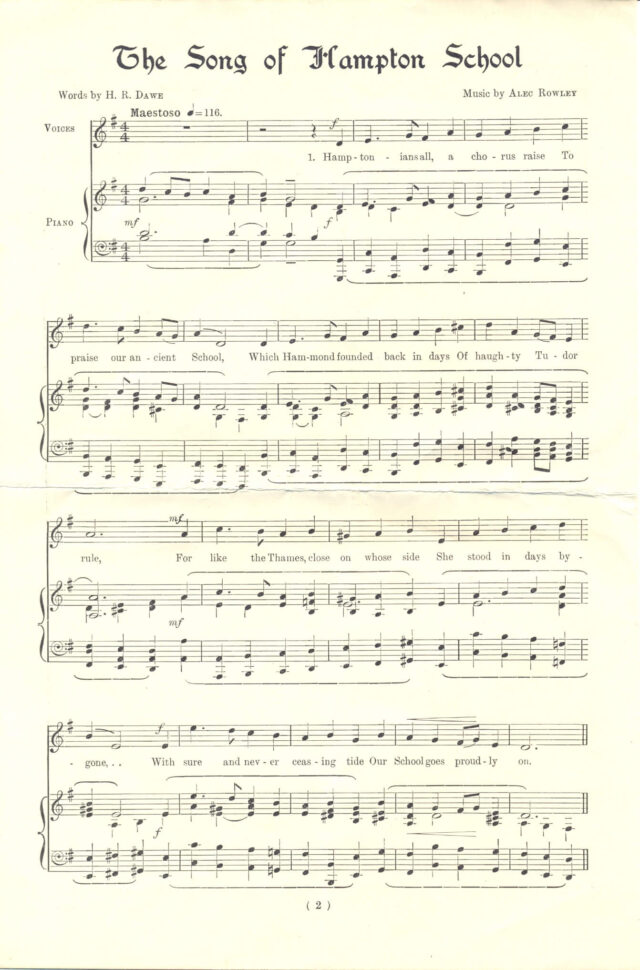 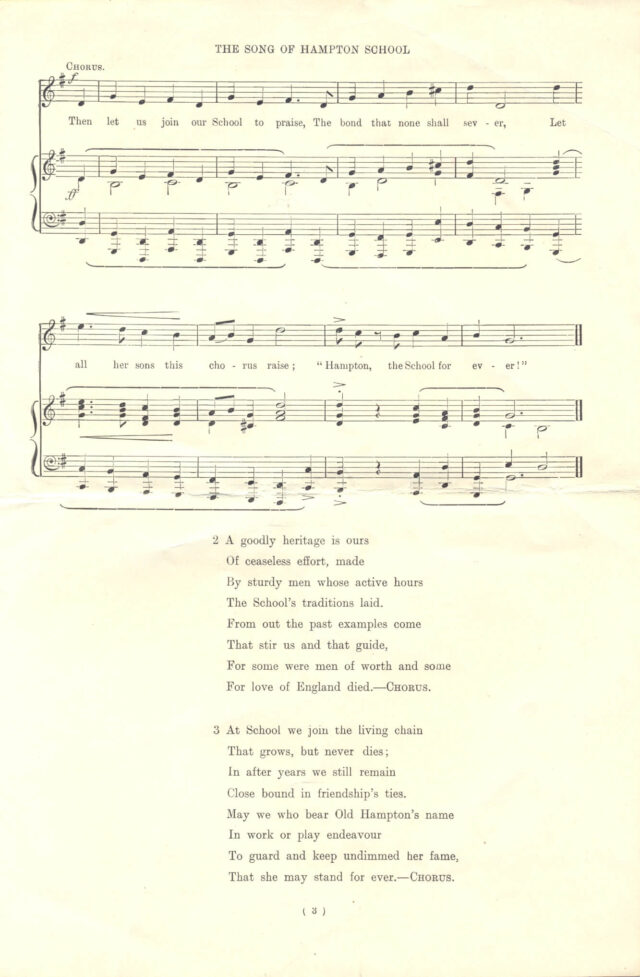 2020 marked 75 years since Victory in Europe Day and as part of the national commemoration, we collected stories and memories from members of the Hampton community that tell of how their families and relatives were affected by the Second World War. Click here to read some of these remarkable accounts. 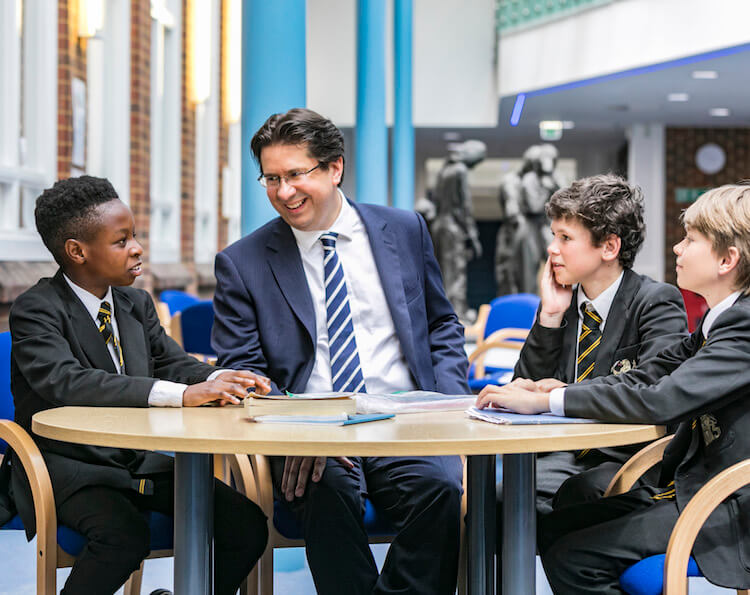 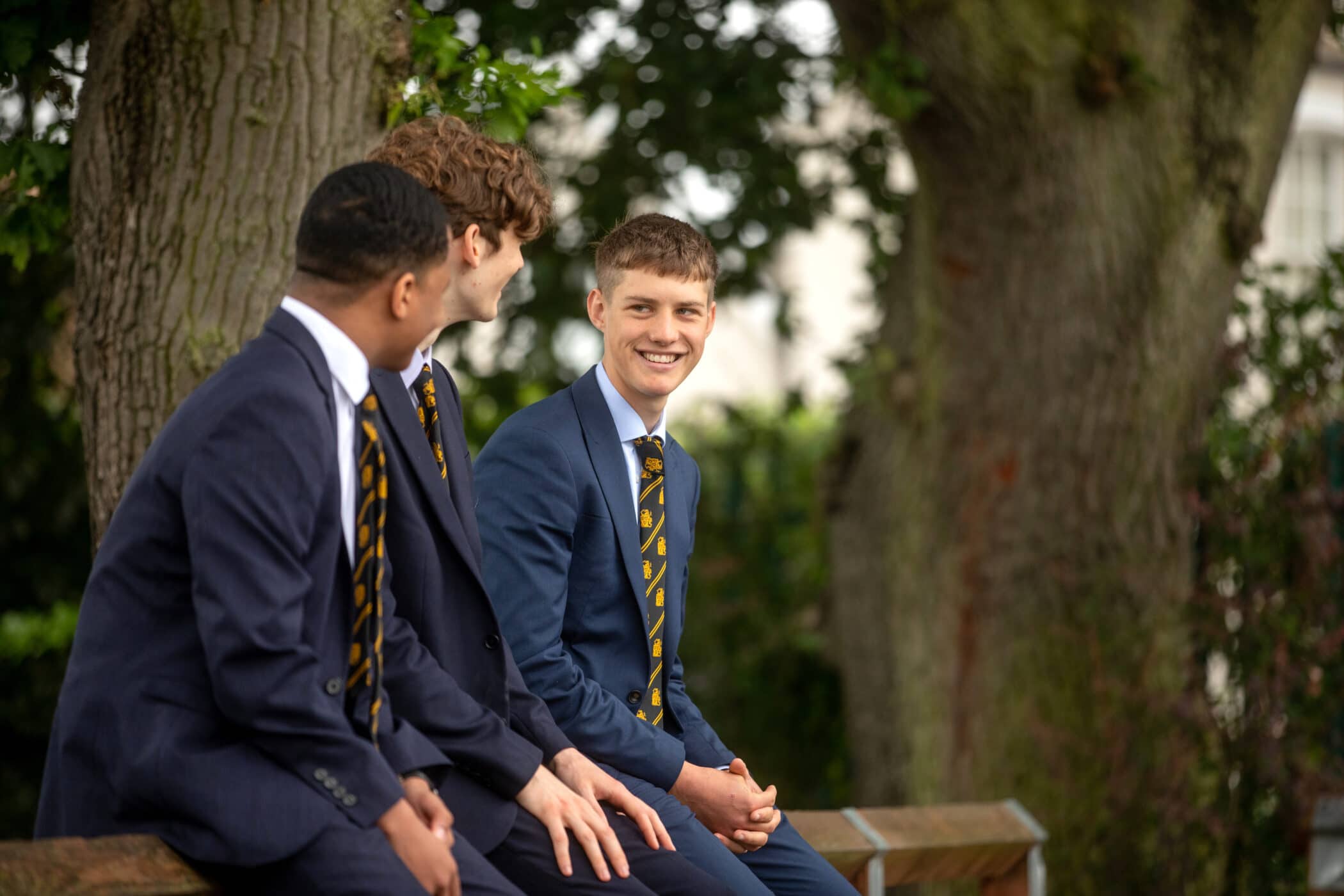