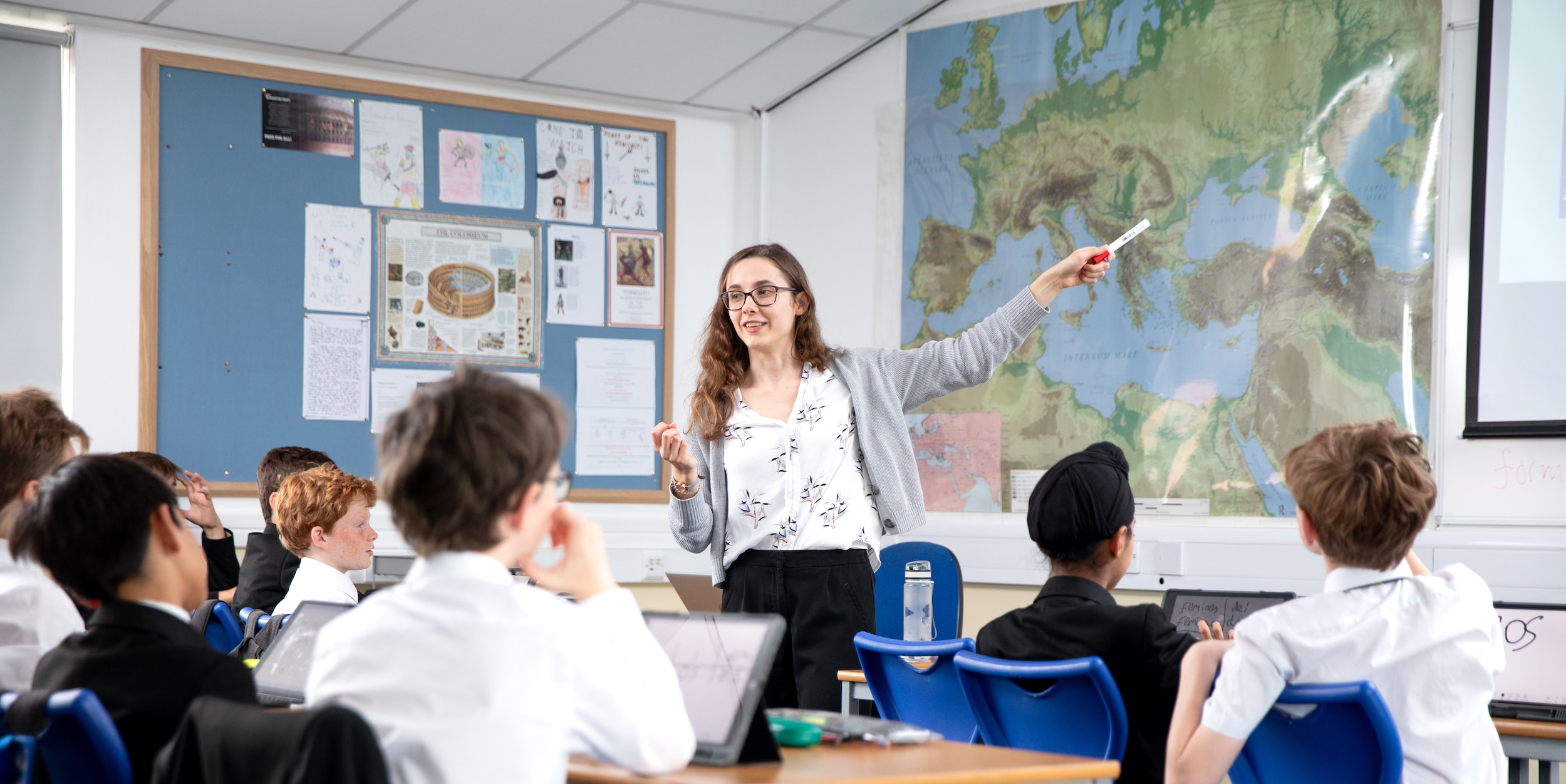 The Classics Department at Hampton is busy, fun and thriving. The department consists of six teachers who all inspire and enthuse through their teaching of Latin, Greek and Ancient History.

All boys at Hampton study Latin in the first two years, with a good number continuing to GCSE and A Level with great success. Greek becomes an option in the Third Year while Ancient History is offered in the Fourth Year. Both of these can then be studied to GCSE and A Level. Extension lessons are available for all pupils considering studying a Classical subject at university and we are fortunate that our teachers offer an insight into many different disciplines of the subject such as history, literature, philosophy and drama.

A study of Classics, at whatever level, encompassing as it does history, language, literature, philosophy and archaeology (to name just a few of its hydra-like disciplines) helps to sharpen the rational faculties and broaden one’s social, moral and cultural horizons.

In First to Third Year we introduce Latin with the Cambridge Latin Course. For those pupils who continue to study Latin at GCSE, we use the John Taylor’s Latin to GCSE for language work, as well as studying prose and verse literature (for example Caesar, Tacitus and Virgil). In the Sixth Form we run both AS and A Level courses, again studying literature and language. At all levels, Hampton School use the OCR exam board.

In Third Year, Gratin (Greek combined with Latin) is offered as a subject. For those pupils who continue to study Gratin at GCSE, they will take their Latin GCSE at the end of the Fourth Year and their Ancient Greek exam in Fifth Year. As with Latin, both language and literature are studied at GCSE, AS and A Level. At all levels, Hampton School use the OCR exam board.

Ancient History is a GCSE option available to Fourth Year pupils. There are Greek and Roman modules, which focus on the following:

Pupils can choose to study A Level Ancient History whether or not they have taken the subject at GCSE. At all levels, Hampton School use the OCR exam board.

Trips to Classical sites (locally, nationally and abroad) offer our pupils an opportunity to connect with the subject in a much more ‘hands on’ way. The Classics Department is committed to giving pupils an insight into the Classical world and regularly runs overseas trips to destinations such as Rome, Sorrento, Greece and Sicily. We also take residential trips closer to home to locations such as Hadrian’s Wall.

The Department regularly takes trips to see Classical plays all over London. Visiting speakers provide stimulating talks on a variety of topics to our boys. The Mythological Society is open to our Second Year pupils and explores the myths of the Ancient World; how they have been told and re-told through generations of story telling and art.