During the War, the number of pigs in Britain fell by half due to restrictions on imported grain. Consequently, personal ownership of pigs greatly increased, such was the desire of Britons for pork. In 1942, boys at Hampton School established their own Pig Club!

The boys led on organising, raised money for equipment, and to build the sty. They also registered with the Small Pig Keepers Association which provided a monthly ration of meal (pig food). The Lion explained the basic rules:

Of each pair of pigs killed, one is sold to the Ministry of Food and the other is shared among the members, who pay for the meat at normal prices. The waste food from the School kitchen is used for pig food after being boiled. The club breeds its own pigs.

Looking after the pigs was hard work- sometimes the pigs unruly! On Christmas Day 1942, the pigs escaped the sty after a boy had left the sty unlatched. They  wandered down the School drive, out into Hanworth Road, turned into Nightingale Lane and ended up 750m away in Wensleydale Road. They were found in someone’s garden looking for food and some of the Pig Club boys had to spend their Christmas Day afternoon guiding them back to the School’s sty! 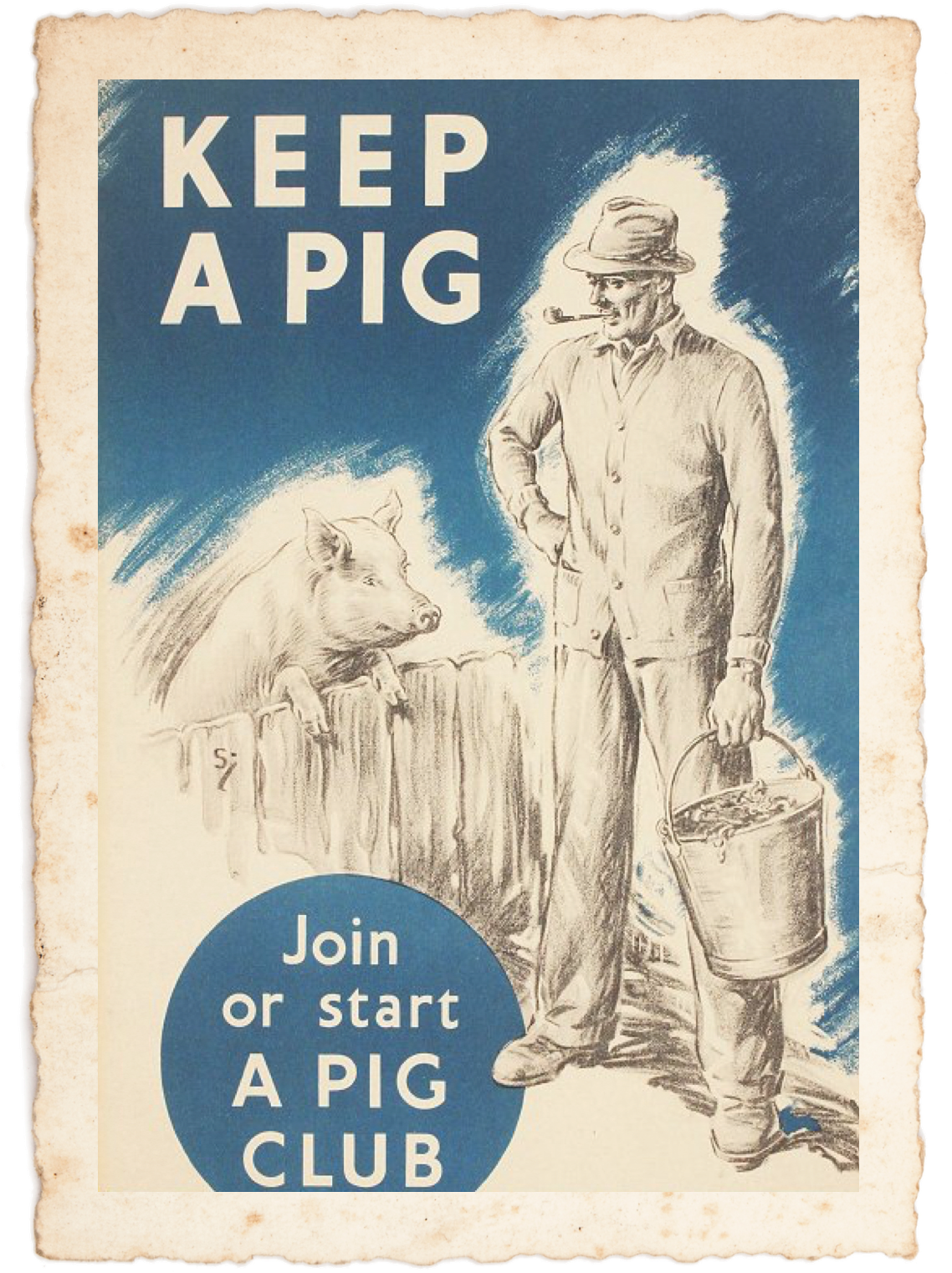