The ‘Dig for Victory’ campaign was established in 1941 by the British Ministry of Agriculture. People were encouraged to grow their own food in times of harsh rationing. Open spaces everywhere were transformed into allotments, people’s gardens, public parks – even the grassy lawns outside the Tower of London were utilised for growing food.

During the Easter holidays of 1941, boys at Hampton began ‘Digging for Victory’ in the School garden under the leadership of Mr Kimble. The Headmaster thought that the boys would be able to grow ‘a lot’ more for the School if they had their own allotment so he expanded the garden to the opposite side of the main drive. The ground started off infertile and rough, but after many hours of hard work, the boys made it ready for cultivation.

By July of 1942, there were 50 allotment plots for boys to work on outside the front of the School. The Lion magazine provided an update in the Autumn 1942 edition:

It is very pleasing to notice that the allotments are still flourishing. In fact the demands are greater than can be met, since the entire front of the School, by the shelters, has now been dug up. 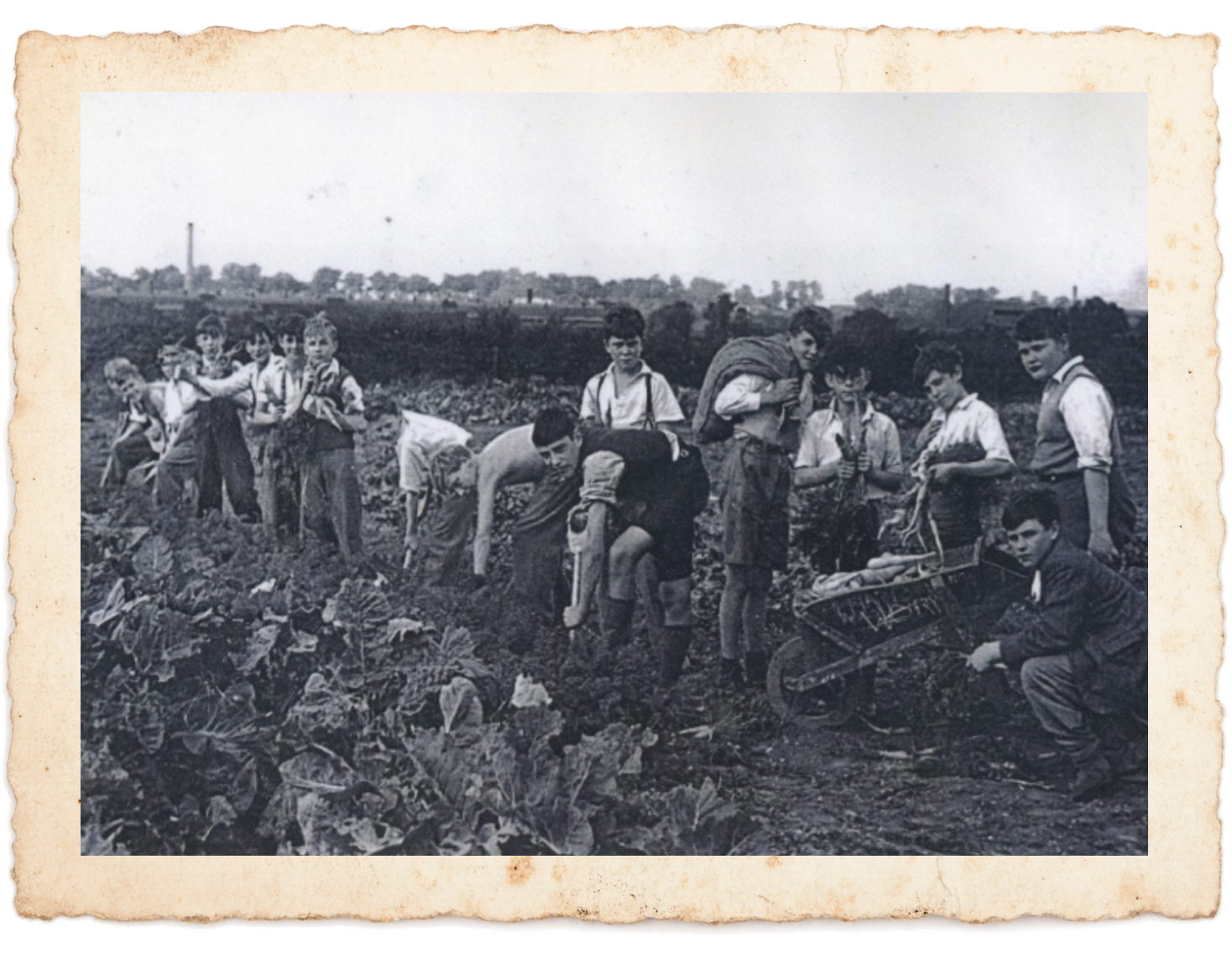