Pens Down Day, No Limits Week and 2B Form Marathon!

Pens Down Day, No Limits Week and 2B Form Marathon!

It has been a fun-filled and action-packed last week of term, with No Limits Week, Pens Down Day, and The Wizard of Oz! The boys have certainly earned themselves a well-deserved break!

Wednesday saw the second and final Pens Down Day of the Year. Boys were able to leave their pencil cases at home and enjoy an exciting day learning in a huge variety of innovative and fun ways! There was certainly a buzz around the school as the boys enjoyed a wide range of active lessons!

Zach (2J) gives a flavour of some of the different learning styles experienced during the day:

On Wednesday 2J had a maths lesson and it was really very fun. We played a game where we picked a graph from a range of 16 and the other person (partner) would ask a question trying to narrow down the choices until only one was left. The most popular question was “are the lines parallel?”  because it narrowed the choices down to half.

This week was all about moving out of your comfort zone and challenging yourself with something new! The boys were encouraged to go to at least three new clubs or societies over the course of the week. They were each given a ‘No Limits Week Card’ which they took with them to each activity they participated in to be signed off by the relevant member of staff. The boys will be bringing this home with them for parents to sign before returning it to their Form Tutor after the half term break.

There were over 50 different clubs and activities that the boys could take part in over the week and with so much choice there was definitely something for everyone to enjoy!

Adam (2B) tells us about one of the clubs that he went to:

For No Limits Week, some friends and I went to Bridge Club. It was busy but we managed to get a table and it was really fun! We began to learn the basics of Bridge by playing whisk. It was a simple yet fun game and we thoroughly enjoyed it. We are looking forward to going again and I would recommend it as a really fun club for those who want to challenge themselves with something new.

On Wednesday at Think Club we dissected a lamb’s heart. The process was very interesting. We saw the different valves, chambers and atriums of a heart. We learnt about the heartstrings and aortas. Our hands were very red by the end of it.

Wow! Well done boys, what an amazing learning opportunity, you must all have very strong stomachs!

It has been great to see so many boys enthusiastic about trying something new and I hope this attitude will continue after the half term break!

On Thursday, John O’Malley from the charity Orangutan Appeal UK, warned that the orangutans are in danger of extinction in his lunchtime Talk! in the Hammond Theatre. Orangutan Appeal UK is a charity dedicated to protecting the remaining wild populations of orangutans across Malaysian and Indonesian Borneo. John presented Their Lives in your Hands, discussing the work of the charity out in South East Asia and how critical the situation is regarding the Bornean orangutan and how we can all help protect this endangered species. The talk was thoroughly enjoyed by all boys and staff that attended. 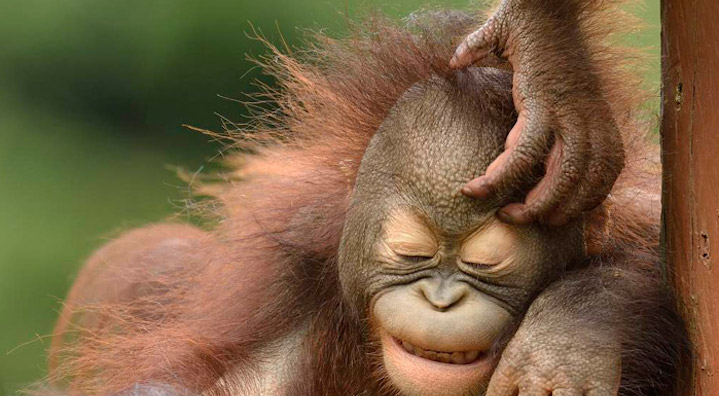 Joe C (2B) came up with the idea of 2B running a Form Marathon to raise money for Form Charity. The event took place on Saturday, and raised an extraordinary £407.31! What an amazing effort from everyone that took part and huge congratulations to Joe for organising such a brilliant event. It is wonderful that Second Year pupils have the passion to organise such an effective charity event and I wish them success with all their future fundraising!

THE WIZARD OF OZ

After months of hard work, The Wizard of Oz was performed on three consecutive sell-out nights this week! Congratulations to everyone involved on a fantastic production, especially since for many, it was their first experience of performing on a stage!

Read all about it and take a look at some of the photos: the wizard of oz

The Modern Languages Department is organising a whole week dedicated to Languages straight after half term! Modern Languages week promises to be entertaining! Watch out for the posters around School for details of all the lunchtime talks and events that will be taking place!

A quick taster of just some of the fun activities to look forward to:

There are also events happening at lunchtime. Look out for the following: 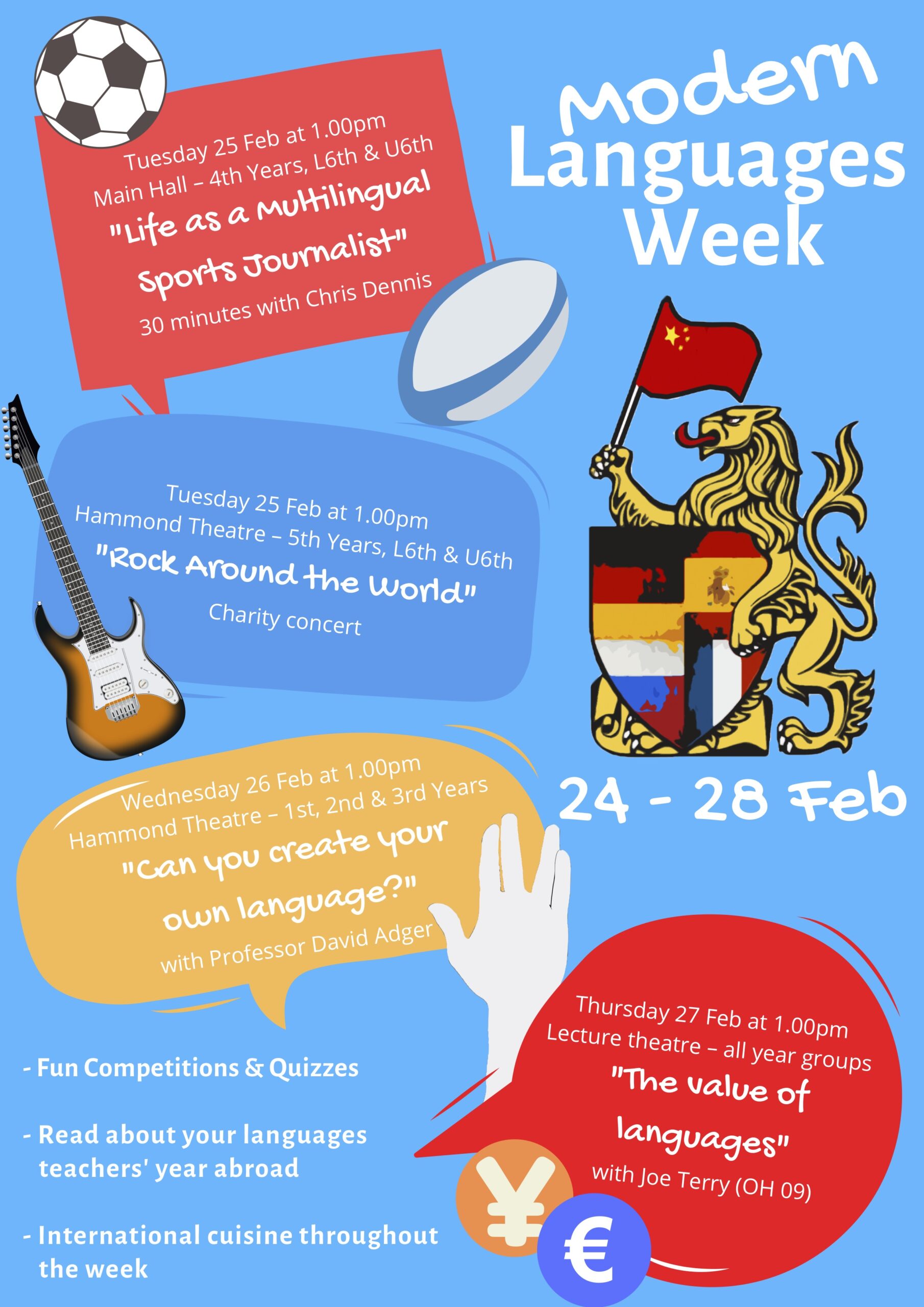 Are there any budding authors out there? Get your creative juices flowing over half term and put pen to paper! To enter, write a story opening of no more than 750 words and submit a printed version to the English Office by 9am on Thursday 27 February.

Have a listen to Second Year Adam’s entry from last year’s competition:

Have a wonderful break!