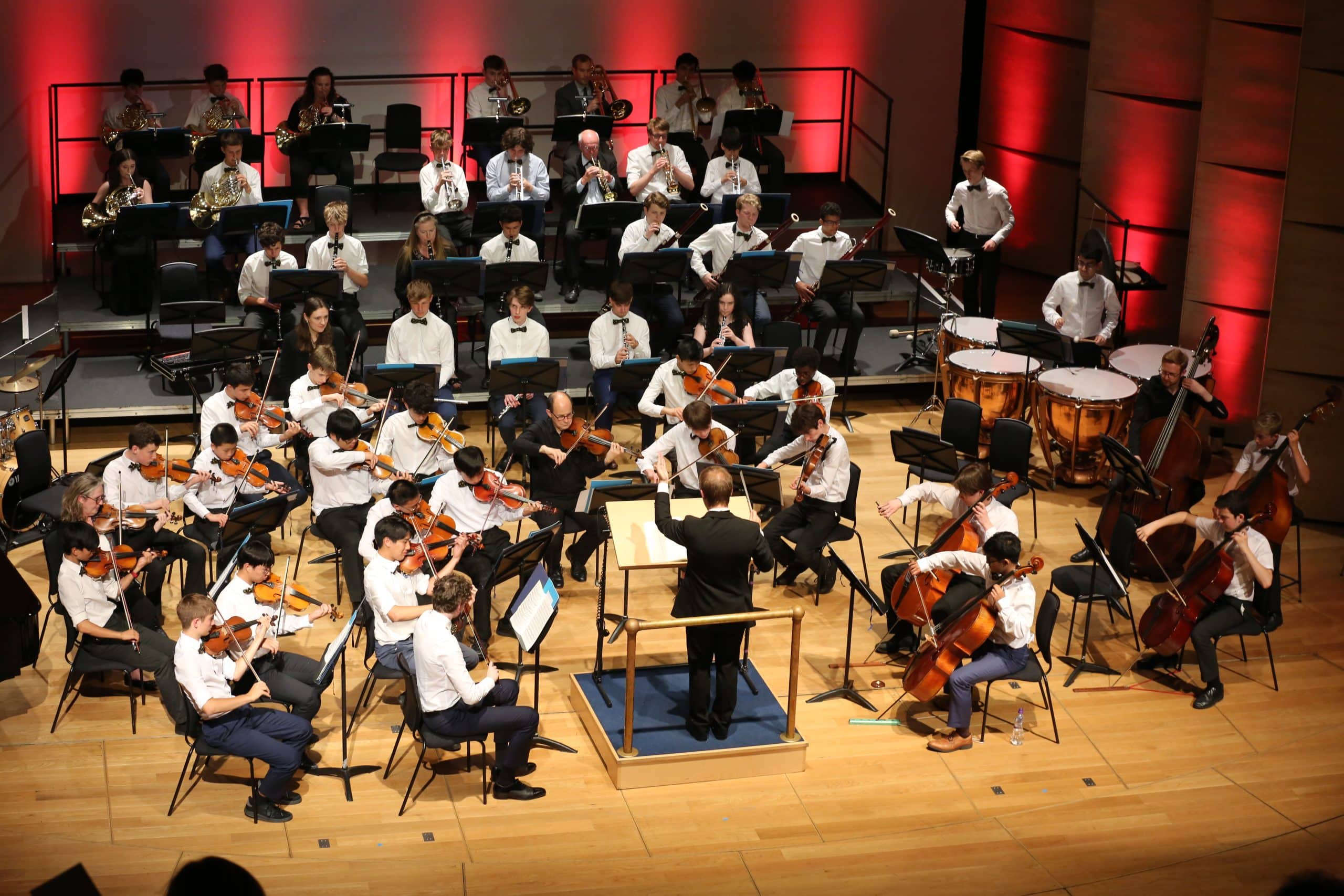 Hampton’s Music department has run an exciting programme of events and performances during the summer term, with musicians and choristers entertaining appreciative Hammond Theatre audiences at four concerts across the term, as well as enjoying a number of musical workshops.

The summer term began with the Junior Schools’ Music Workshop, which saw over 80 young musicians from 24 local primary and prep schools join together for the annual event. Led by the Music department and ably supported by Hampton musicians, pupils enjoyed masterclasses in singing, percussion, brass, woodwind and strings. The day culminated in an afternoon concert for family and friends featuring a wonderful performance of When I Grow Up from Matilda the Musical. 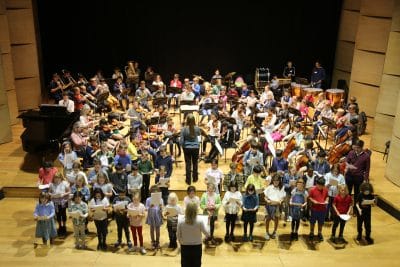 The Leavers’ Concert is always a highlight of the musical year, as we bid a fond farewell to our Upper Sixth musicians. From Vivaldi to Billy Joel and Charlie Mingus to John Legend, our Senior pupils entertained the audience with an eclectic programme which included musical theatre, barbershop, jazz ensembles and a range of solo performances. Amongst the many highlights was a piano duet from Daniel Morgan and Pallav Bagchi, who expertly mastered Slavonic Dance No.7 from Dvorak, and Finlo Cowley’s own improvisation of Beethoven’s Sonata No. 8 Pathetique. Oskar Chu and Nathan Newell brought funk to the Hammond Theatre with their toe-tapping rendition of Dang! from American rap artist Mac Miller. The first half ended with an uplifting performance from Voices of Lions of My Lord What a Morning, a piece that they also will perform at the Edinburgh Fringe Festival during the summer.

The evening continued the fine musical performances from our senior musicians with Alex Mehta’s take on Henry Mancini’s jazz classic Dreamsville, as well as the Wind Quintet who played The Ugly Oboe, an original composition from talented Upper Sixth Former Edward Finnett. The Jazz Band brought the evening to a close with an accomplished rendition of Charlie Mingus’ Moanin’, bringing the appreciative Hammond Theatre to their feet. 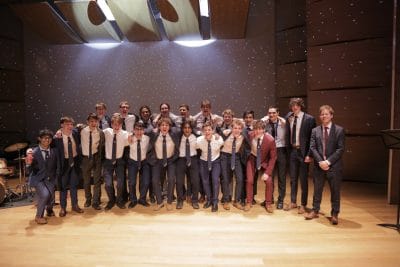 First and Second Year musicians took part in a series of Music Workshops exploring music-making from around the world. First Years participated in a fascinating workshop on traditional Brazilian samba music, while our Second Year pupils travelled to the Caribbean for an energetic Steel Pan drumming workshop. A big thank you to the Hampton School Music Society for funding these workshops. 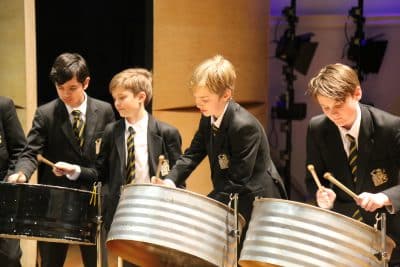 Just before the half term break, Hampton’s pianists came together for an informal concert in the Hammond Theatre celebrating music from films through the years. Curated by piano teacher Mr Antonio Oyarzabal, the Film Music Concert featured familiar piece ranging from John William’s classic scores from Star Wars and Schindler’s List to a piano duet from the animated film The Corpse Bride. The concert also included a performance from Consort of Voices with their uplifting rendition of Hymne à la Nuit from the film The Choir, as well as The Other Band who entertained the audience with Henry Mancini’s It Had Better Be Tonight from The Pink Panther. 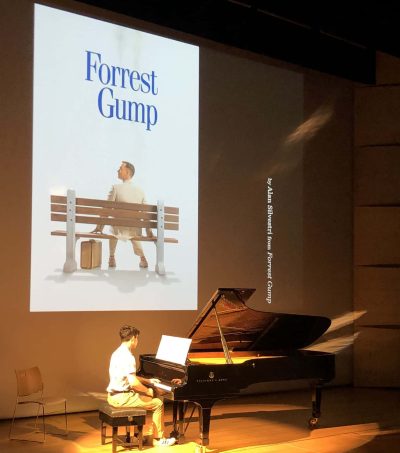 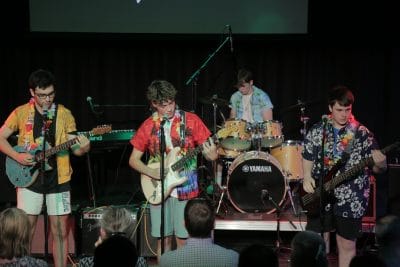 The term culminated with the Summer Concert, a wonderful celebration of the musical life of the School, which included over 200 musicians and choristers entertaining family and friends on the Hammond Theatre stage. The concert opened with the Symphony Orchestra’s dramatic performance of Gustav Holst’s Mars, from The Planets, a fitting opening to a magnificent evening of music. Our ensembles and choirs performed a selection of pieces, from the Swing Band’s rendition of Over the Rainbow to Voices of Lions‘ performance of Nearer, My God, to Thee, with a beautifully executed solo from Lower Sixth Former Johnny Evans-Hutchison. A highlight of the evening was Upper Sixth pianist Pallav Bagchi’s impressive performance of the first movement from Poulenc’s Piano Concerto, superbly accompanied by the Symphony Orchestra. A fantastic evening of music topping off a phenomenal year for Hampton’s musicians and choristers. 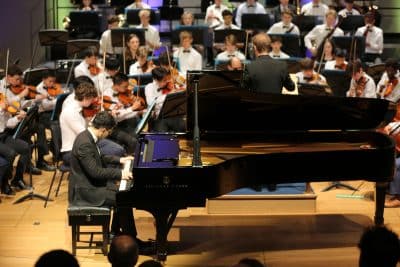