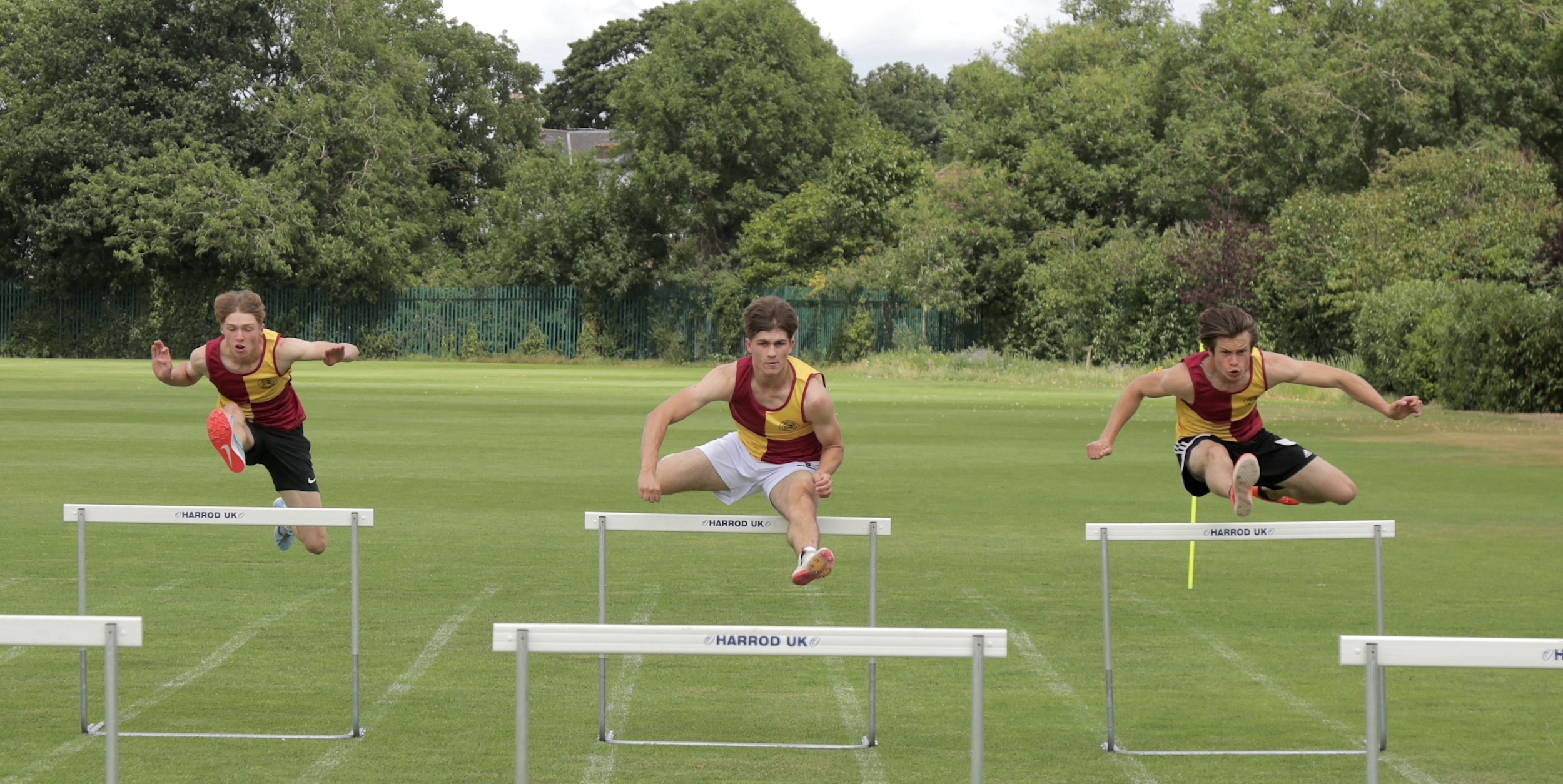 In a first for the School, four Hamptonians were selected to compete for Middlesex at the English Schools’ Track and Field Championships.

Fifth Year athletes Hayden Christian, Kieran Bouwmeester-Reid and Aaron Mills, along with Lower Sixth Former Gus Carter all qualified to compete at what is the most prestigious event in the national athletics calendar.

Hayden, Kieran and Aaron competed in the under 17 category, while Gus represented Middlesex in the under 20 category.

All Hamptonians performed exceptionally well. Kieran, who is ranked in the top five in the country, contested the shot put event. Lower Sixth athlete Gus competed in the 400m hurdles in the Senior category.

Hayden and Aaron both reached the national finals in the Intermediate Boys’ 400m Hurdles event with Hayden finishing in a remarkable second place, placing him among the very best national sportsmen of his age group.

It is a great achievement for one athlete to be picked to compete at the English Schools’ Track & Field Championships, to have four in one year really is fantastic. They are all very passionate and determined Sportsmen and being chosen to perform at this level is due recognition for all their hard work and determination.