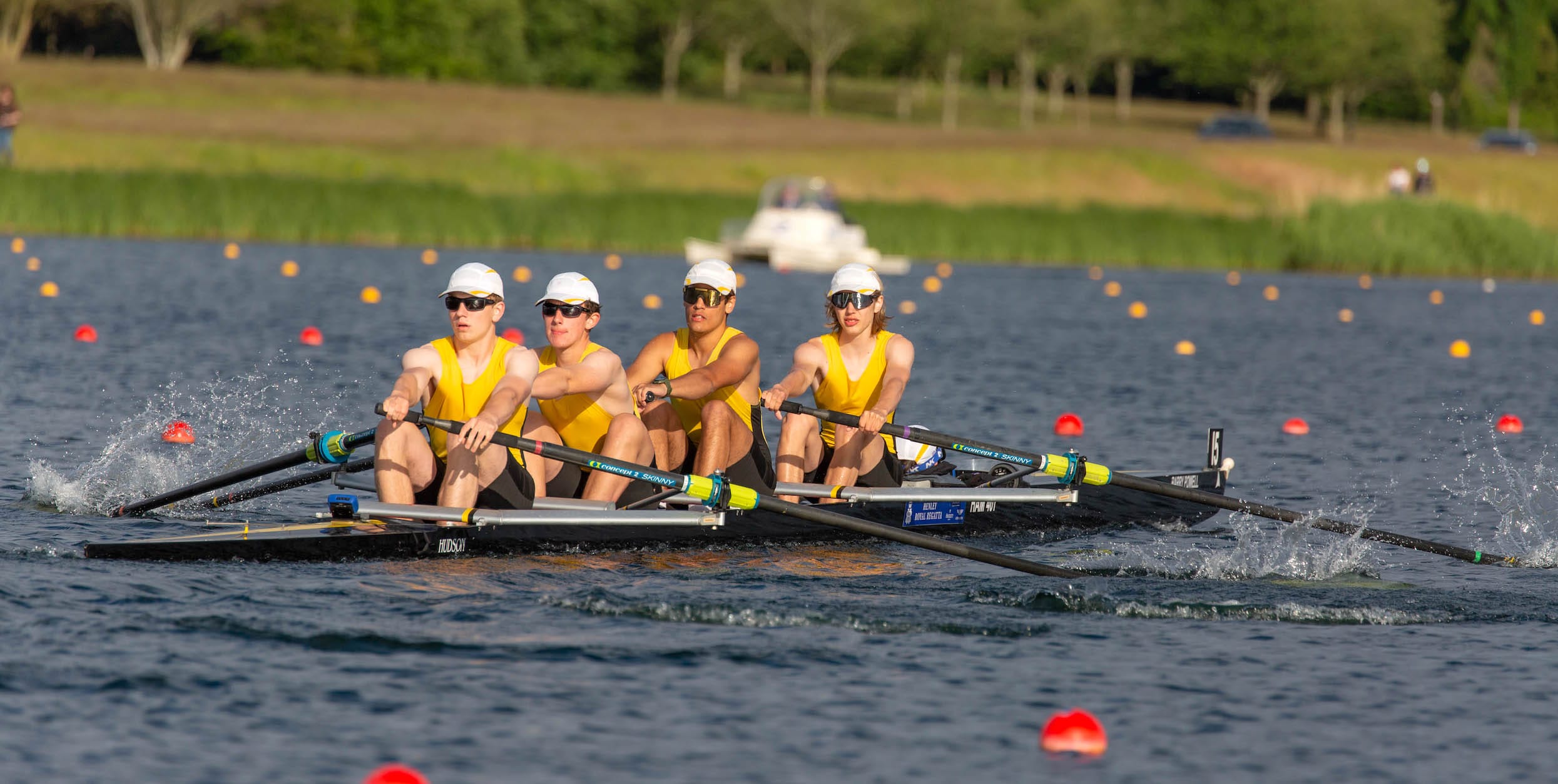 Hampton’s crews put in a series of strong performances at this year’s National Schools’ Regatta, with the J16 rowers winning a well-deserved Bronze medal.

Competing against the top rowing schools in the country, a total of 69 Hampton oarsman competed in this year’s prestigious competition, with all nine boats making it through the initial time trails and into their respective semi-finals. On the first day of competition, the J15 Coxed Fours came third and sixth in their B final. The J14 A Octuple came second in their B final having struggled with the windy conditions, and the J14 B Octuple came third in their B final which was a big step up from their early season performances.

On day two of racing, the J15 1st VIII placed seventh in their B Final and the J15 2nd VIII finished sixth in their A Final. The J18 1st VIII narrowly missed making the A Final by coming fifth in their semi and then feeling this in their legs struggled to keep the momentum going in their B Final and finished eighth in this race. The J18 2nd VIII had a last minute crew change due to injury and although coming fifth in the time trial struggled to hold this form through the day, which eventually saw them finish third in the B Final.

Plaudits go to the J16 coxed four of Oscar Kelly, Theodore Elliott, Oscar Tejura, Jasper Bezzant coxed by Luke Almeida Bridges who won a Bronze medal at the event. In an extremely close and exciting race, where 0.17 seconds separated third to fifth place, the Hampton crew secured their medal in the last ten stroke push to the line, a fantastic achievement by our Fifth Year oarsmen.

Mr Colin Greenaway, Director Rowing, was delighted with the performance of the Hampton crews:

A fantastic weekend of racing at this Year’s National Schools’ Regatta. With six Eights and three Coxed Fours racing over the weekend it was great to see all our crews make it through the initial time trials and into their respective semi-finals. Thank you to the regatta organisers and the incredible support of our parents.