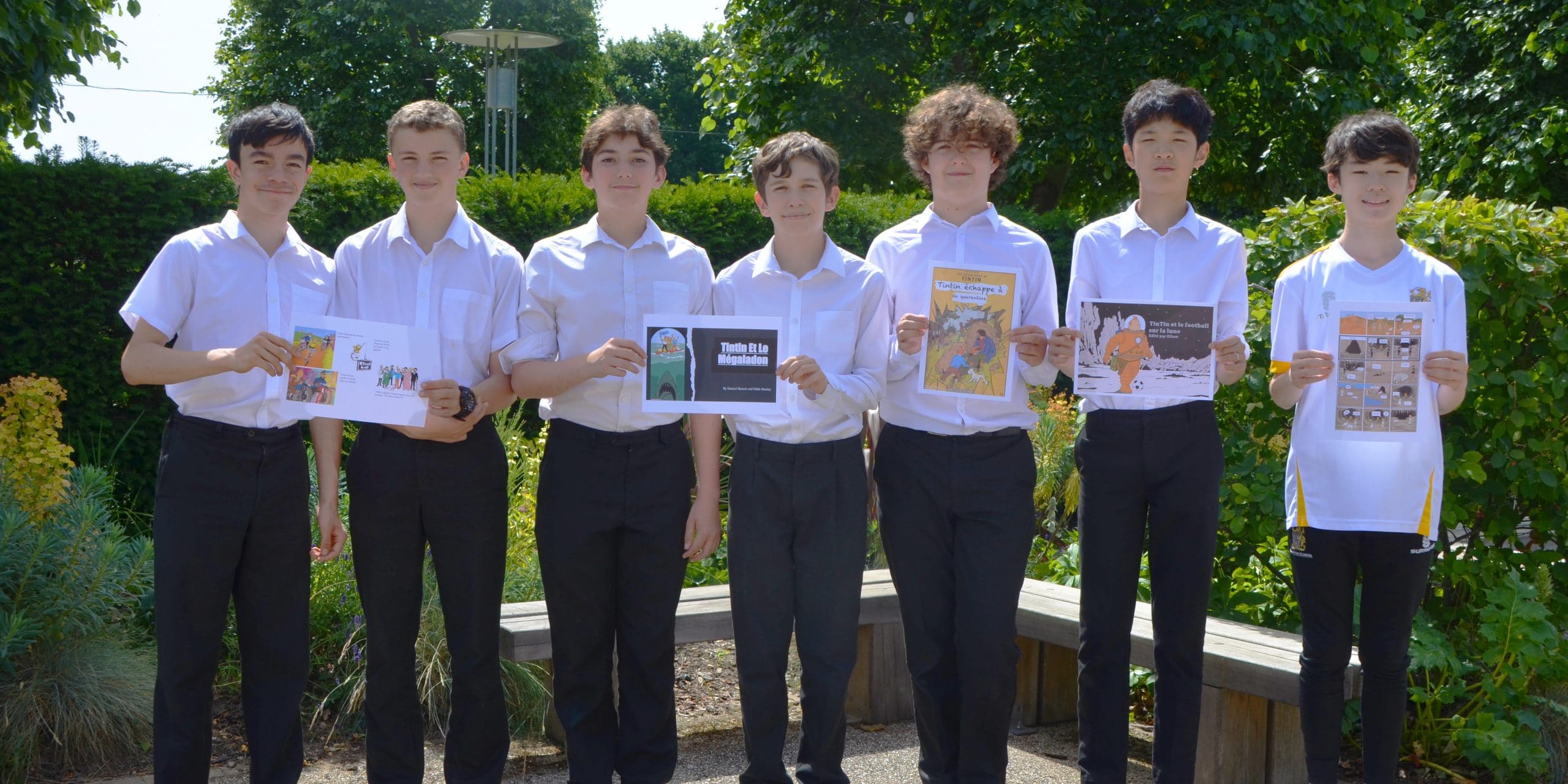 Earlier this year, pupils studying French in the First, Second, Third and Fourth Year were invited to take part in Hampton’s French Comic Strip Competition, running for its second year.

Les bandes dessinées (BD) or ‘Franco-Belgian comics’ are still extremely popular in the French-speaking world and the characters of Tintin and Astérix have become world-famous. To enter the competition, pupils were asked to create at least two scenes of a comic, in French, using their favourite fictional characters but imagining a story of their own.

The French Department were amazed, yet again, by the creativity and the excellent French on display as our linguists put their own spin on the BD tradition. Although it was a challenge to identify a winner from dozens of original, imaginative entries, our best entries saw Tintin in various situations: escaping a Megalodon shark or his Covid quarantine, rescuing Thomson and Thompson in the desert, playing football on the moon and winning a motorcycle race!

Mr Marc Boardman, Head of French, congratulated all the pupils who took part in this year’s competition:

This was a really enjoyable activity for Hampton Francophiles to take part in and we have been pleased to reward boys of a range of abilities in French, who have shown a great deal of imagination, creativity and effort. Saperlipopette! Bravo! C’est vraiment géniAl!

Congratulations to our winners and well done to everyone who took part:

Take a look at some of the fantastic creative comic strip entries below: