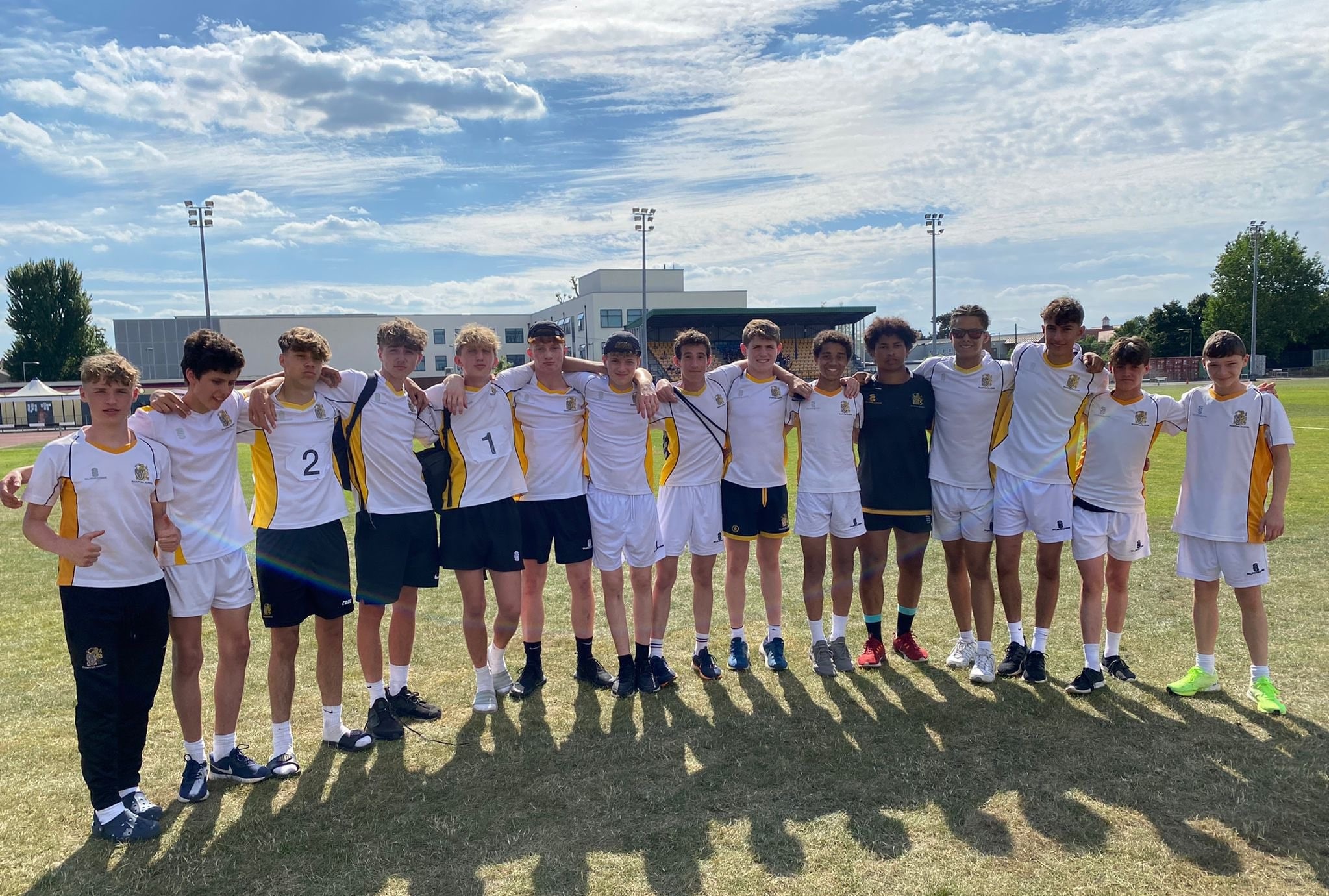 The Junior team put in a series of strong performances, with all athletes contributing to a great team effort. Second Year Harry Drewry won his 300m race, with a time close to the School record. A feat matched by his classmate Marcus Solomon who won his 1500m race in another quick time, just a fraction outside his own School record. The energy and determination of the group of athletes, along with the support they showed for each other, was fantastic to see and the team were rewarded with a first place finish after scoring an impressive total of 423 points.

The Intermediate team, comprised of Third and Fourth Years Hamptonians, also put in a series of stellar performances across the day and personal bests were achieved by many of the athletes. Fourth Year James Queen opened the event by winning the 80m hurdles in impressive style. Sam Moylan-Jones smashed the School 300m Third Year record wining his race in 38.5. Omar Khan came close to the Third Year 200m record as he came second with a time of 23.0. Both Fourth Year 100m sprinters, Nicolas Wojtylak Herrero and Nick Lynagh, clocked 11.5 for their 100m races, an incredibly fast time. Hampton finished the day just eight points behind the winners scoring our best ever total of 496 points.

The Hampton team hope to qualify for the National Finals which will be held in Tilsley Park, Oxfordshire in July.

Mr Carlos Mills, Director of Sport, was delighted with the achivements of the Hampton athletics team:

Well done to all our athletes on a fantastic day of competition. There were lots of personal best performances produced, and it was a great team effort from all involved.