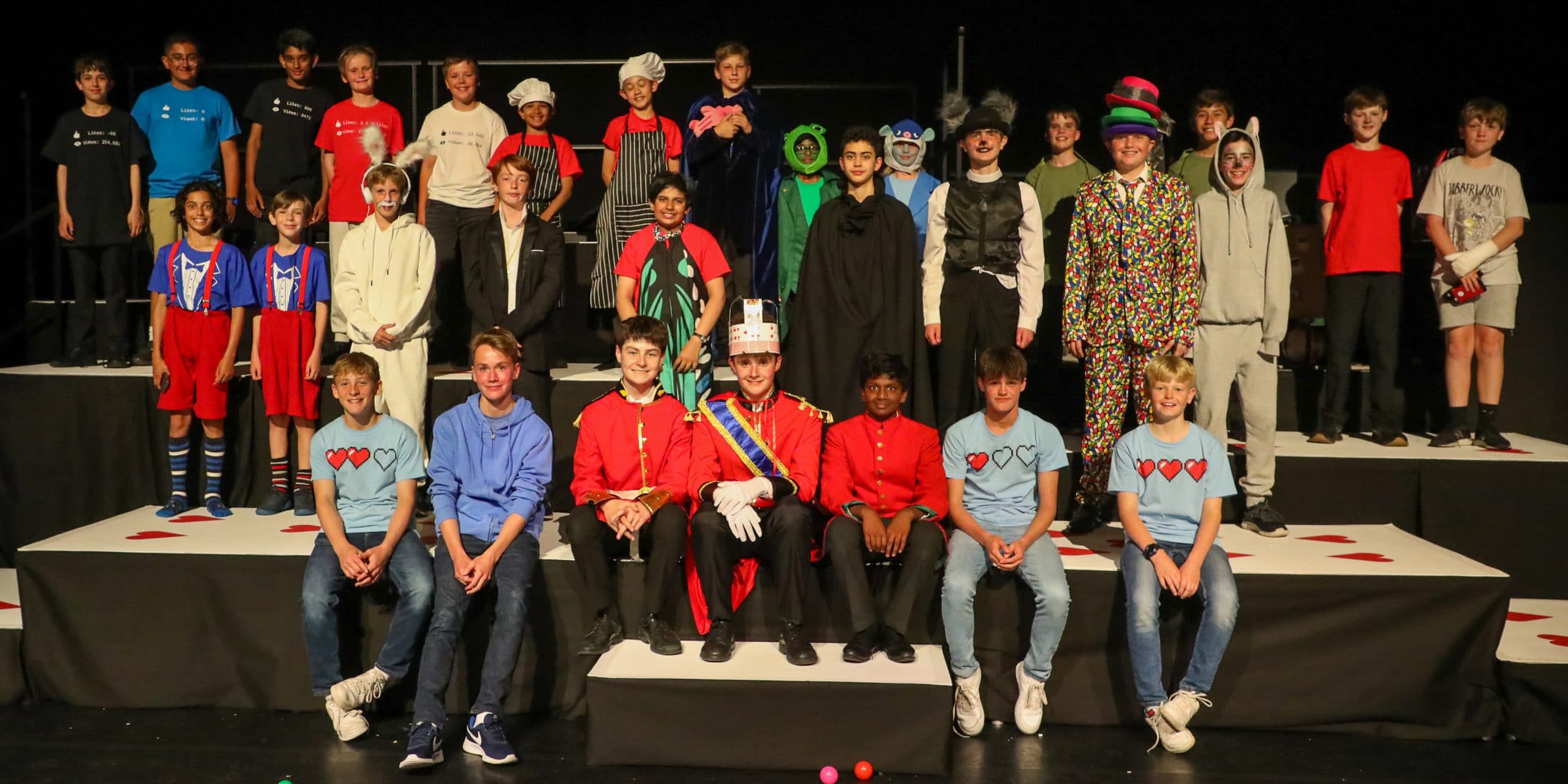 The Lower School Summer Show Alex.Wonderland was a feast for the eyes as a cast of 32 Hamptonians entertained an audience of parents, teachers and pupils in the Hammond Theatre.

Written by Lewis Carroll in 1895, Alice’s Adventures in Wonderland is a classic tale of a young girl, who on an ordinary afternoon, falls asleep and dreams that she follows a White Rabbit down the rabbit hole. In Alex.Wonderland, Alice, or should we call him ‘A’ discovered a website and falls deep within the virtual world, where he encounters various avatars and a myriad of characters as he adventures through the levels of Wonderland whilst being constantly tormented by a virus called the Cheshire Cat. With familiar characters such as the Mad Hatter, Tweedledum and Tweedledee and the Caterpillar all making an appearance, the budding actors brought new life to a classic tale with energy, enthusiasm and ‘lots of likes’ from the audience.

The young dramatists were ably supported by the back stage techincal crew, led by Lower School Hamptonians, who handled the lighting, sound, stage management and props with aplomb.

I have been impressed by the dedication, imagination and good humour of the First, Second and Third Year pupils involved in Alex.Wonderland, both on the stage and behind the scenes. It has been a pleasure rehearsing with them for the last few months and it was clear to the audience just how much joy this production has brought everyone. Well done all!

Take a look at some of the photos from this year’s Lower School Summer Show: