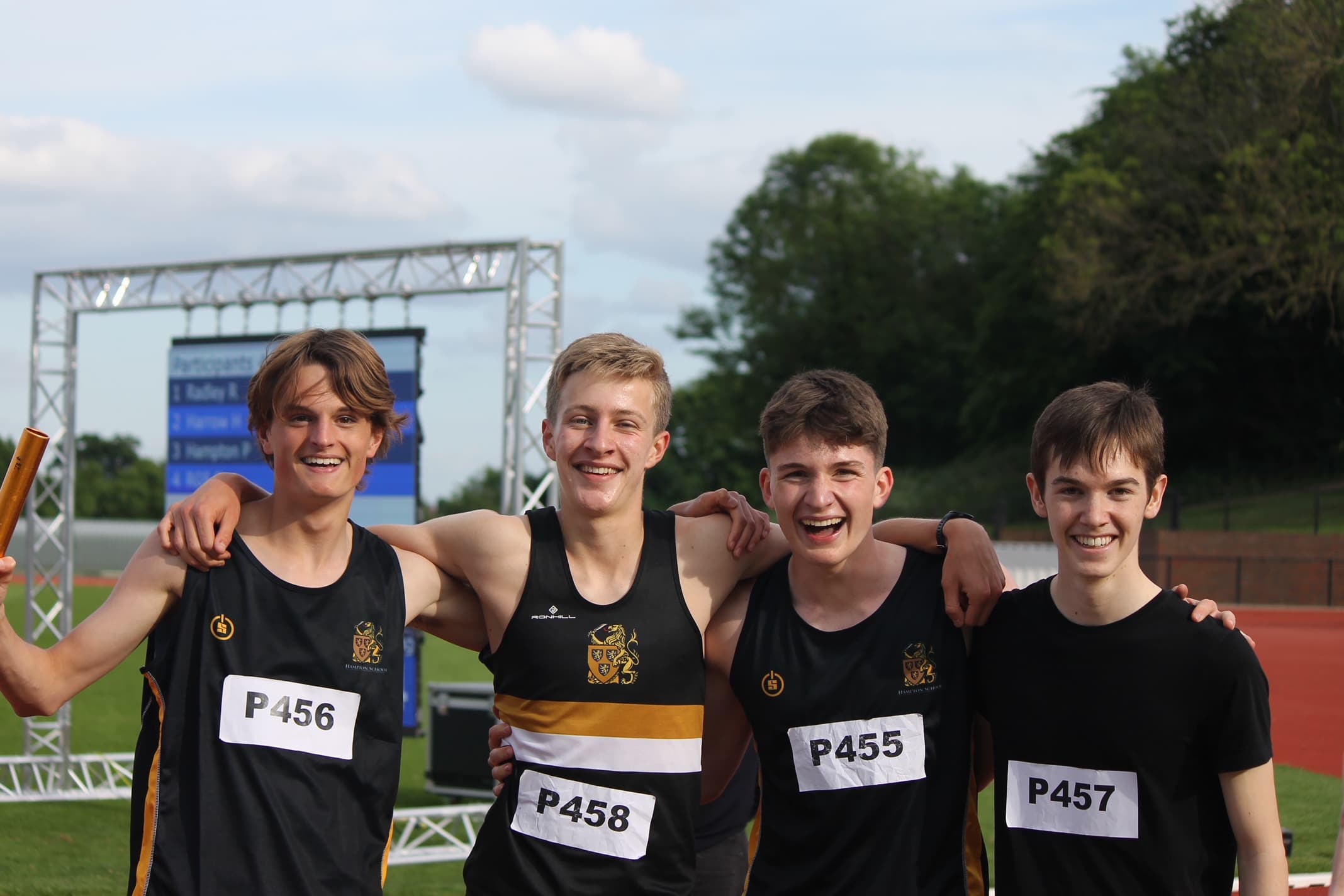 Hampton athletes from across the year groups put in a series of strong performances at the Harrow Athletics Meet.

A team of 28 Hamptonians visited Harrow School for the interschool competition, which involved eight schools from the local area competing in a range of events throughout the day.

There were many inspirational performance across the event, with personal bests achieved and School records broken. In the Junior section, there were first place finishes for Third Year Jayden Oni in the 300m event, alongside Second Year Marcus Solomon in his 1500m race. Both Hamptonians achieved personal bests, with Marcus also breaking a long-standing School record.

Our Intermediate athletes also fared well, with a total of six Gold medals secured by Fourth and Fifth Year Hamptonians. Fourth Year Jacob Austin finished first in the triple jump, a feat matched by Fifth Year Aaron Mills in the 100m hurdles. Fifth Year pupil Kieran Bouwmeester-Reid put in a series of strong performances across the day, with a total of four first place finishes in the five events he took part in. Special mention must go to Kieran for his performance in the shot put, in which he achieved a massive throw of 13.48m, and in the high jump with an exceptional height of 1.83m.

There was also success for our Sixth Form competitors, a highlight being Stanley Cumming’s two first place finishes in both the 400m race and the high jump. The day finished with a series of exciting relay events, culminating in a Gold medal secured by our Senior relay team of Luke Trotman, Stanley Cumming, Sam Shephard and Henry Fagan in the 4 x 400m race, a fitting end to a successful day of competition for Hampton athletes. In the team event, Hampton achieved a strong third place finish, only a few points away from second behind Harrow School and The Coopers’ Company & Coborn School.

Director of Sport, Mr Carlos Mills, who oversaw the Hampton team was delighted with the performances:

All the Hampton athletes contributed to a very successful and exciting day of competition. The pupils were a real credit to the School, very positive and supportive of each other.

A special mention to the Senior team who threw themselves into competing in multiple events. The sprinters finished the event on a massive high by coming second in a tight 4X100m race, and saved the best until last when the 4X400 Senior team ran a fantastic tactical race, holding off Harrow to win their final race in style.

Notable performances from the event are as follows:

Well done to all the athletes who took part in the event!