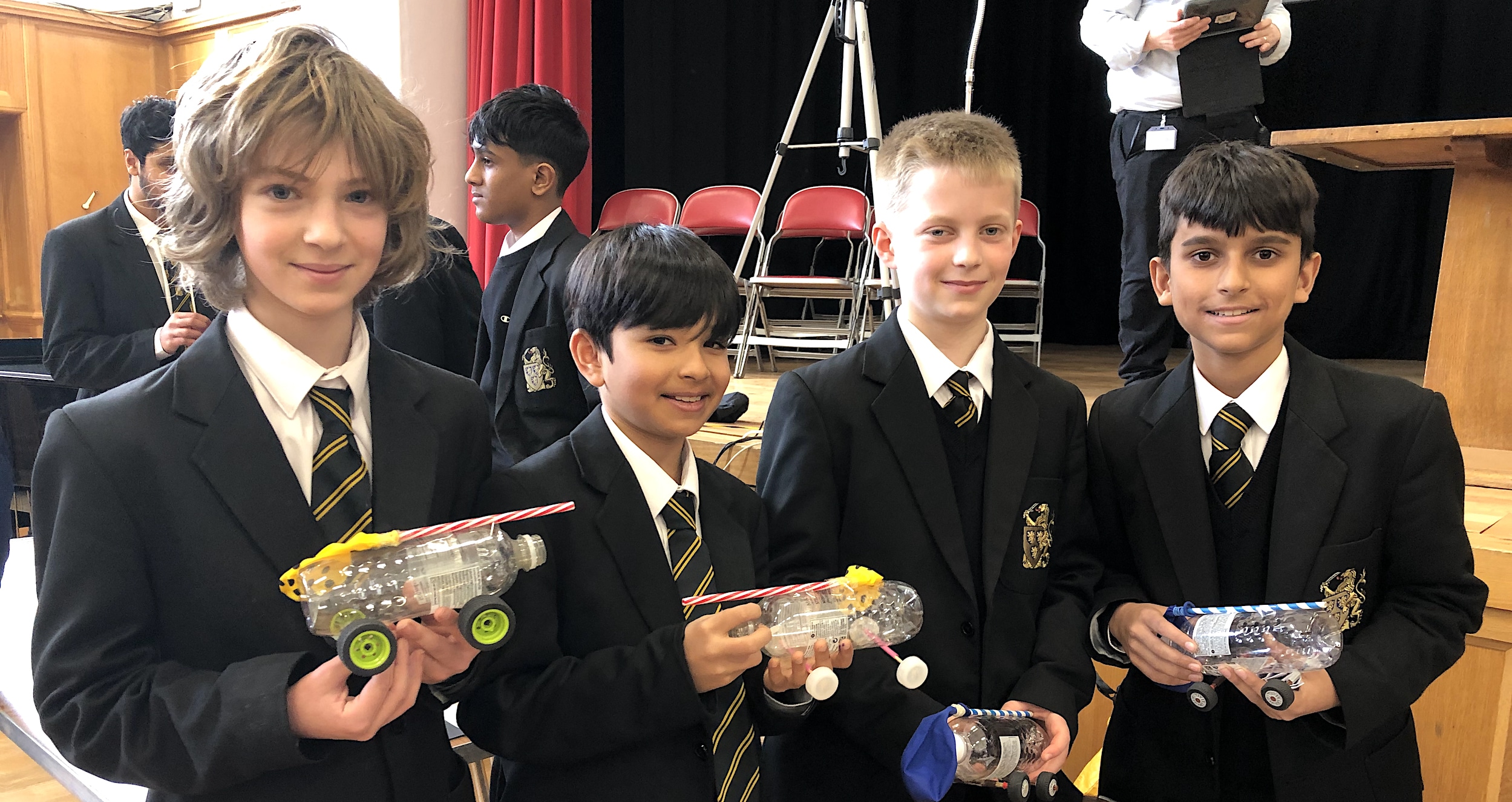 Teams of pupils from First Year to Lower Sixth entered projects ranging from synthetic nylon muscle fibres to pseudo random numbers, as well as bioluminescent bacteria and the possibility of electric aviation being a mode of travel in the future.

Physics teacher and organiser of the event, Mr Tim Wilson, praised Hampton’s young scientists for their creativity outside the classroom:

It was fantastic to see so many excellent projects, which made the judging fiendishly difficult. I was especially impressed by the quality and scope of the work done by the older boys, particularly as the groups had very little direction from their teachers. Pupils were very self-motivated in pursuing their own research, and I cannot wait to see what projects they will bring next year!

Well done to the following teams who were awarded first place in their year:

Third Year: Mitul Aggarwal and Charlie Childs – Is it possible to make hands-free indicators for a bicycle?