This will be our last blog of 2021, with only 2.5 days to go next week! As ever there has been lots going on, from sports tournaments to the Christmas Form Charity Quiz. A big thank you to everyone that has contributed to the blog this term, you have done a fantastic job. Wishing you all a lovely Christmas and New Year!

Our weekly interviews are a great opportunity for you to find out a little bit more about your Tutors! This week is my turn, so thank you to Aditya and Joshua (2B) who interviewed me (Miss Kugele); Geography Teacher and one half of 2P’sTutor team! 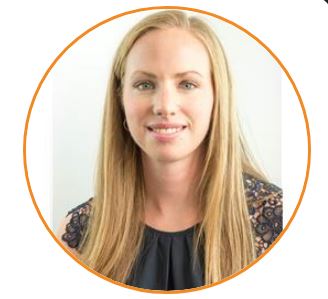 I love Geography because it is such a broad subject; you can study almost anything! It is also constantly evolving and can help us to understand some of the many challenges that we face today, such as climate change.

How long have you been teaching Geography at Hampton School?

I joined Hampton in 2015, so this will be my seventh year here!

What do you love about teaching?

Every day is different and I enjoy the creativity involved. Thinking about the best ways to teach a particular part of Geography and creating my own resources is an aspect I particularly enjoy. I get to talk about my favourite subject every day and it is very rewarding working with young people. When your pupils are really interested in a topic area and ask lots of questions that’s brilliant!

What is your favourite topic in Geography and what do you think pupils like the most?

I love teaching development, population and globalisation. I think pupils also enjoy these, but the topic I definitely get the most positive feedback from is the ‘Geography of Crime’, that we cover in the Second Year!

Where would you go on your dream holiday?

I would say I’ve very much already been on my ‘dream’ holiday, and would love to go back – Australia! I spent four weeks travelling overland the entire West Coast, from Perth all the way to Darwin. The landscape is incredible! I would also love to visit Patagonia and Peru.

What subjects did you do at University?

Lastly, in all the Geography field trips you have been, which has been your favourite?

The best field trip is definitely our biannual trip to Iceland which we offer to our GCSE pupils. It is an amazing trip, we get to walk on a glacier and swim in geothermal pools!

U13 and U15 Richmond Schools’ Tournament

This Monday, Hampton hosted a volleyball tournament in which some of the Second Year played. In this tournament, two other schools turned up to play against us and Hampton played in four matches. The other schools which we played were Turing House and Twickenham School. The Hamptonians played in these matches and played to the best of their abilities and eventually triumphed in all four of their matches, playing extremely well! Their final match against Twickenham School was quite a close one but Hampton prevailed! And so, Hampton took the competition and won! We even got cool medals and a picture! Well done to Lucas Stynes Tres, Thomas Lincoln, Danial Kim, Alex Pooley and Sebastian Habdank Toczyski By Lucas (2P)

On Monday the six teams, Portugal, England, Denmark, France, Spain and Italy, were ready for their penultimate matches. Denmark and Portugal could not win the tournament as Denmark managed to scrape a 0-0 draw last week, while Portugal still struggled to get points on the board. France were hanging by a thread, but England and Italy could still have a chance to come to come top and overcome Spain. This week it was quite an exciting round of matches – Spain and England played and it ended in a 0-0 draw while Italy, carried by Ben Bates who scored a hat-trick beat France 4-0. My team is Denmark and we played an exciting fixture against Portugal. It started really evenly but then Denmark conceded two goals meaning they were under pressure again but then we fought back and scored one goal just before half time. Then we were focused in the second half and managed to score two goals so that it was 3-2. Then with two minutes left, the Portugal goalkeeper kicked a long ball and managed to land in the goal! It was 3-3 but Denmark should have won. The final matches will be Spain v Denmark, France v Portugal, England v Italy. It should be an exciting finish. By Aditya (2B)

I really like Philosophy Circle as it lights the spark for Philosophy. In the club we alternate between games week and philosophy week. This week, we listened to a story: a scorpion wanted to reach the other side of river to see his family but the only way to do so was by getting on the frog. He promised not to kill the frog but unfortunately stabbed him halfway through crossing river, only because he couldn’t resist his instincts and both died. Who was the most to blame? Such a seemingly simple question, yet it ended up with a lot of possible answers! Of course, often everyone in the story had a part to blame in philosophy, but if you compared the situation to real life examples, it seems that the scorpion was the most to blame in the context because you don’t just randomly blame the victim in a murder. We compared this with human behaviour as we often believe humans are more self-controlled than animals. Near the end, we played a quick round of Just a Minute on who we thought was the most to blame which I found really fun. Next week is games week which is a really fun week where we play Just a Minute and Word Association for the whole duration of the club!  By Anirudh (2B)

Every Thursday, French Fun Club is held in Room 14B at 1.00pm (located near the Atrium). It is suitable for anyone, if you already know some French, or you want to learn more French, or are looking to start French next year! French Fun Club this week was the best one so far!

We had enigmas in French that we had to translate to English to understand how to solve the puzzle. Some examples were changing letters to numbers based on their position in the alphabet, or to solving maths problems. After we had solved the first number, we had to find a treasure chest inside the classroom containing further enigmas. With some help, we managed to solve all the enigmas, then added up the numerical solutions from all the answers to get a final total of 154.

Then we went to the front of the classroom where there was the padlock. Aditya K (2B) typed in the code, unlocking the chest that was quite difficult to open. Inside was a bag of Cadbury Dairy Milk chocolate that we shared out among ourselves. Thank you to Madame Dubost, Madame Vincent, and Monsieur Chavaneau for helping to run the club this term!  By Joshua (2B)

On the 7 December, Form Charity hosted a Christmas Quiz for First and Second Years in the Hammond Theatre. Each form selected four players to represent them, and were also teamed up with girls from LEH. Each team was sponsored by the form to raise money for our chosen charity partners this year. Here are the results – well done to 2F!!

On Tuesday LEH and Hampton First and Second Years participated in a Christmas Quiz for charity. I was on table 11 and my team only lost out on first place by 2 points. Overall, it was a fun way to spend our lunchtime and I even managed to learn how many points are on a snowflake! By Akshat (2J) 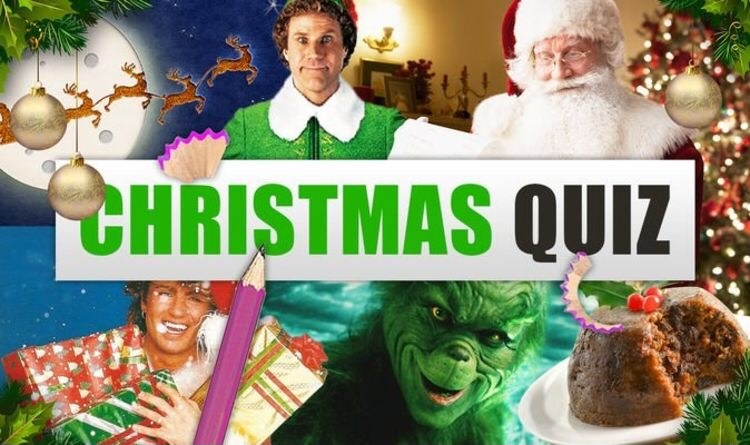 On Friday 2J had their Form Charity event. It was a mini football match using the 5-aside goals. We raised about £42 for the charities that we voted for. We split into two teams and played for roughly 20 minutes. It was mainly just for fun but it got slightly competitive towards the end. I really enjoyed it and I’m glad the event was allowed to take place. Hopefully all the money we raised will be put to good use and can make our world a better place. By Aarush (2J)

The History of Christmas Trees

Christmas trees symbolise eternal life due to the fact that they are evergreen. It was a custom of the Ancient Egyptians, Chinese and Hebrews. The Tree was even worshipped among Pagan Europeans. In Scandinavia they decorate the house and barn with evergreen at New Year to scare the Devil away and set a tree for the birds during Christmas. However, the Christmas tree was brought to England by Prince Albert who was German born and husband of Queen Victoria. The Victorian Christmas trees were decorated with lots of things such as toys, candles and sweets and even cakes which were hung by ribbons and paper chains. The most common type of Christmas tree is Balsam Fir since it is the most fragrant. It dries out quickly so you need to check giving it water.  FUN FACT: The tree was named for balsam found in blisters on bark which was used to treat wounds during battles. By Joshua and Anirudh (2B) 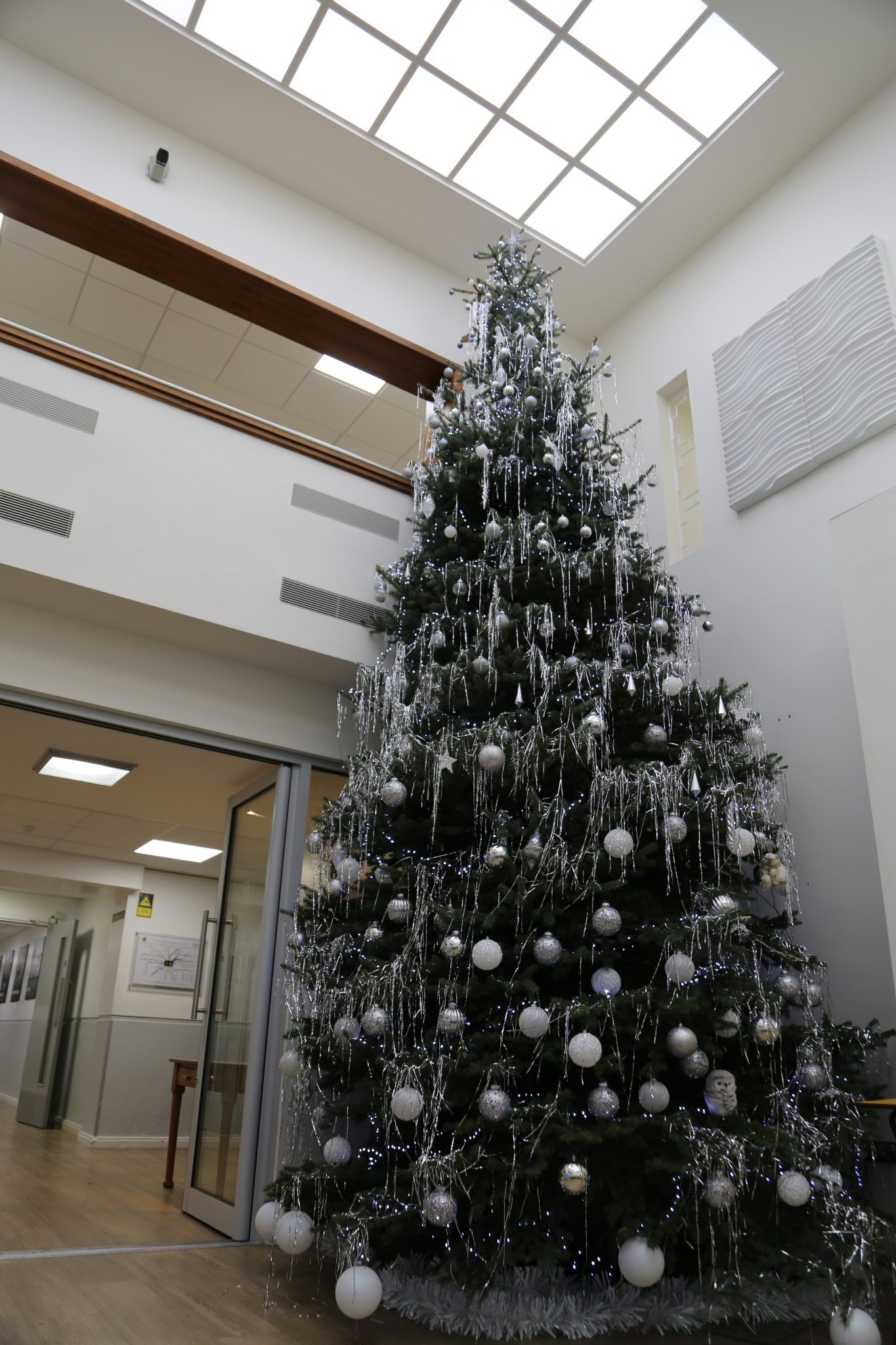 Congratulations to Agalyan (2L) for achieving such a fantastic result in his Tamil Language exam, which he sat at the beginning of the year! 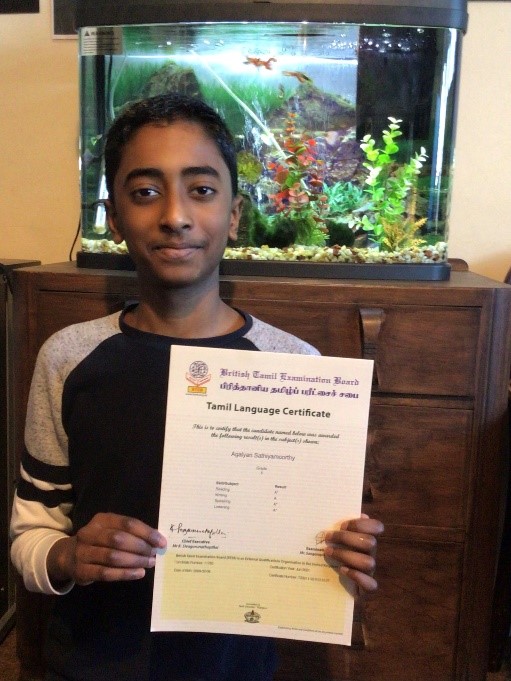 Have a great weekend and a fantastic Christmas!