First Year, Guillaume was selected as one of the winners in a nationwide environmental competition ensuring that his views were shared with world leaders at the COP26 conference.

In advance of the 2021 United Nations Climate Change Conference, COP26, National Grid ran a competition for UK school pupils to write a speech expressing their ideas and feelings towards climate change and a greener future.

Guillaume’s submission impressed the judges and he was selected as one of four winners from over 300 entries. In his speech, Guillaume, who entered the competition during his final year at Hampton Pre-Prep & Prep, called on leaders to make every other building a green building and create more energy efficient homes nationwide. He also suggested that supermarkets ‘become super at no plastic creation’ as they currently contribute to half of the UK’s plastic waste.

To our leaders – you have shown that you can work together. The science and technology exists to answer this climate crisis. This is the work of your generation. Thank you! I ask you from my generation.. apply it! We must act now together! 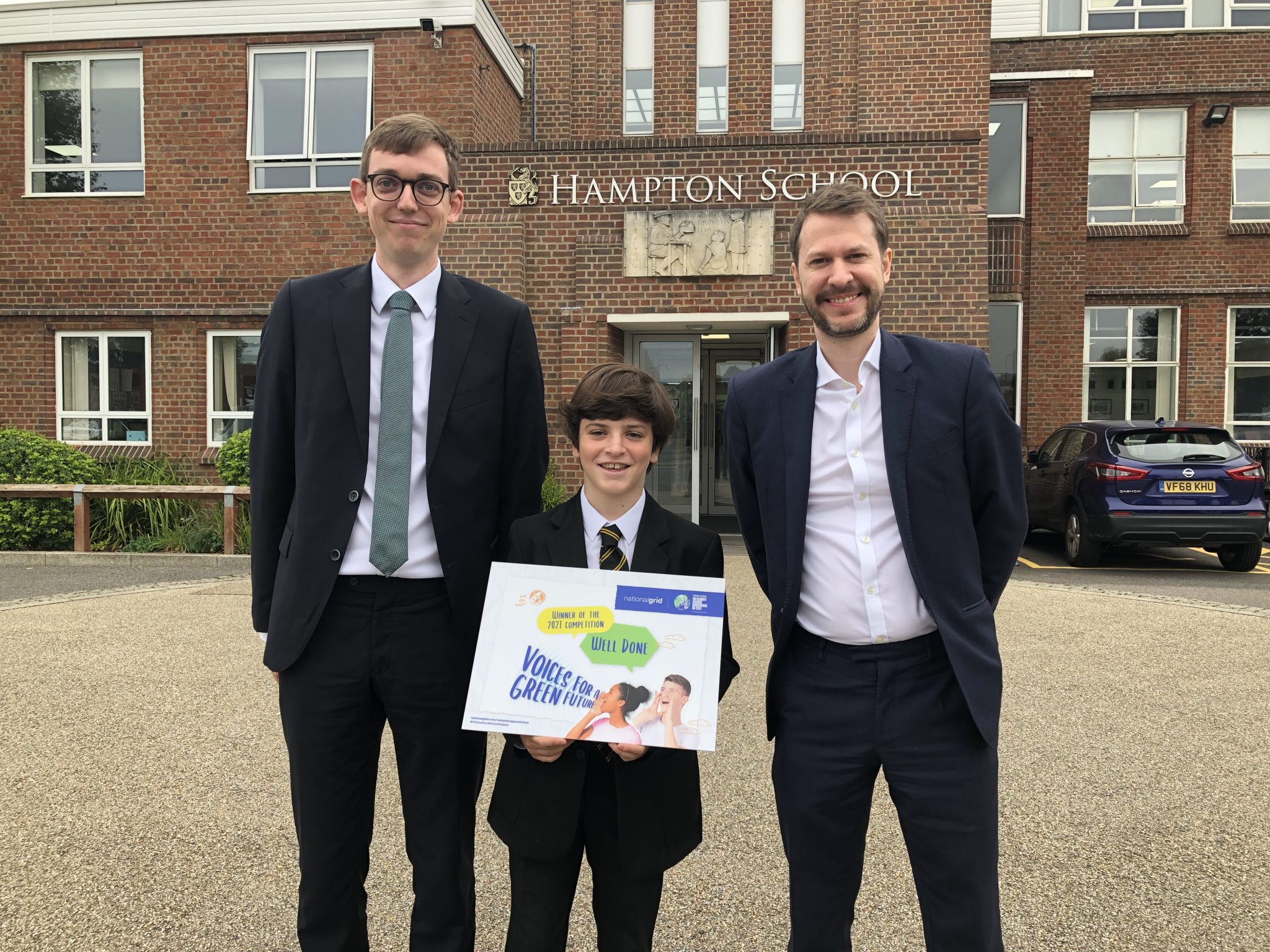 One of four natinonal winners, Gui was awarded a range of prizes:

Gui’s speech features in a video which was premiered at COP26, on 5th November 2021.

Gui represents many young people who are passionate about the environment and taking action against climate change and we are very proud that he is taking a stand on behalf of his generation. Congratulations Guillaume!