As we hit the half-way point of this half term, there is no sign of slowing from our First Years, who have continued to impress in their live lessons, and have been enjoying carrying out some fun home experiments in their science lessons! With the weather improving over the next few days, the boys can hopefully enjoy some time outside to exercise and enjoy the sunshine!

There are currently two lunchtime clubs on offer to First Year boys:

This week, the boys have been designing and carrying out experiments at home as part of their Biology and Physics lessons. Our Biologists were investigating seed dispersal mechanisms while our Physicists were investigating the efficiency of the bounces by dropping different types of balls on different surfaces. Take a look at the video below to see how they got on:

This week I interviewed one of 1W form mentors, Cameron.

If you can’t see where you’re going

Ask someone who’s been there before.

What do you do for fun?

Pre COVID: I spent a lot of time playing football and I love playing golf.

During COVID: I picked up running but I broke my knee. So I haven’t really had a good run in about three months.

What’s the biggest lesson you’ve learnt in your life?

The lesson I’ve learnt in my life is perseverance. If you fall back you should always bounce back.

What would you say is your biggest strength?

My biggest strength would be a lot of self-belief and confidence. I think if you have the confidence to do something, you will do it to the best of your ability.

What subjects are you doing for your A levels?

What do you love most about your mentor form?

Just the wide range of personalities that they have. Some people are very smart and give good comments but on the other hand there are the wilder types!

One book I’ve enjoyed recently is Death at Intervals by José Saramago. It’s a really interesting story about life and death if I was to sum it up quickly.

What are the things in your life that you’re most grateful for?

Who do you admire the most, and why?

If you could go back in time and change a decision, what would it be and why?

Personally, I don’t think I would change any decision in my past because I think the present is what matters. We can learn from the past.

Well done to all who submitted entries for our First Year Olympics origami challenge this week; we were really impressed by the quality of the entries. The winners are below; well done to 1J for winning the participation prize this week!

Take a look at some of their amazing creations:

This week is a challenge of physical strength – planks! See how long you can hold a plank position for, and submit a video showing your attempt. The form with the longest collective time will win (so the more entries, the better the chance of winning!), and there will be prizes for the longest individual plank. Remember that these challenges add to your form’s total for this term’s Inter-Form Olympics! 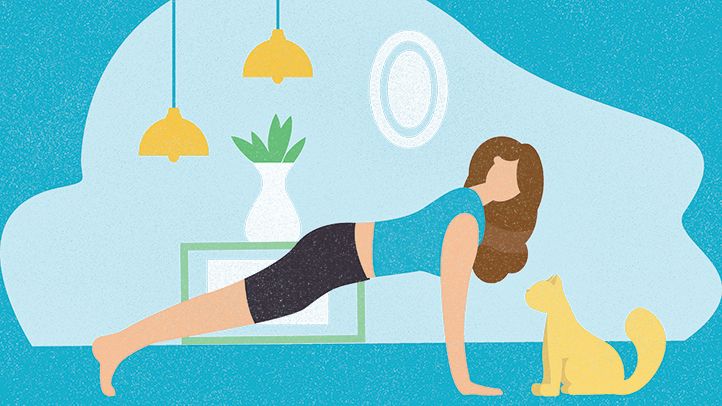 Kankishk M (1W) explores the history of ancient empires, and how the great civilisations of the ancient world rose and fell.

To start us off, what better than to begin with the earliest empire, the Sumerians. It rose from a hot dry landscape without rain to nourish crops or trees and stones for building. Yet despite this, the inhabitants made the first cities and architecture entirely out of mud.

It all started in Mesopotamia, a place between two rivers, the Tigris and the Euphrates. Around 5000BCE the Sumerian people irrigated, feeding off the two rivers in order to nourish the land and water crops. This was a growing movement, but the Sumerians were the first to make the next big step. Using the river mud, they built multi story buildings and temples, they invented the first wheel, a potter’s wheel, which was used to make mud into household objects. These gave rise to the world’s first cities around 4500BCE. The nobility of this time were the priests and priestesses, then merchants, craft-workers, farmers and finally slaves. Each state acted like its own nation, each loosely connected by language and spiritual beliefs. But they lacked centralised control, each city state could wage war on each other, and each state was named the patron deity who founded the city. The most important place in each state was the Ziggurat, the home of the patron deity. In the beginning there were three states Ur, Uruk and Eridu. However, by the time the empire fell, there were more than a dozen. By 3200BCE, Sumerians began to travel afar in order to take new territories. Armed with the wheel, which was a modified potter’s wheel they made chariots to cross the land. And they used reeds and date palm leaves to construct boats with linen sails. These, along with new network routes allowed the Sumerians to trade with their neighbours.

And this is when the people of Sumer used clay as a medium in which they pressed pictograms in order to keep track of what they have bought or traded, and so Cuneiform arose. Alongside it came bureaucracy and taxes, not to forget manuscripts on how to write Cuneiform as well as education.

However, their empire was soon overrun, but the people were still allowed to mingle with their conquers, the Akkadians. Then a steady onslaught of invasions killed off the Sumerians by the year 1750BCE.

Adam M (1B) recently took part in a competition run by Young Writers, in which entrants had to write a story of up to 100 words on the title ‘A Walk in the Woods’. His piece has been chosen for inclusion in a book showcasing young writers’ work, called A Wander In The Woods – Fabulous Fiction. We’re absolutely delighted with Adam’s success; here is his prize-winning short story:

The wind whistled in the gloomy night, while the wolves, with teeth like daggers, were howling into the midnight sky.  The crooked house loomed over the woods like a shadow. The moon emitted an ominous glow, filling the atmosphere with uncertainty. The stars were nowhere to be seen, hidden under a blanket of dark clouds. The house, lifeless and abandoned, stood in the middle of the forest, hanging onto its strong foundations. The darkness penetrated through anyone who dared step foot near the haunted house. The windows were boarded up as if whatever was inside was too terrible to witness. 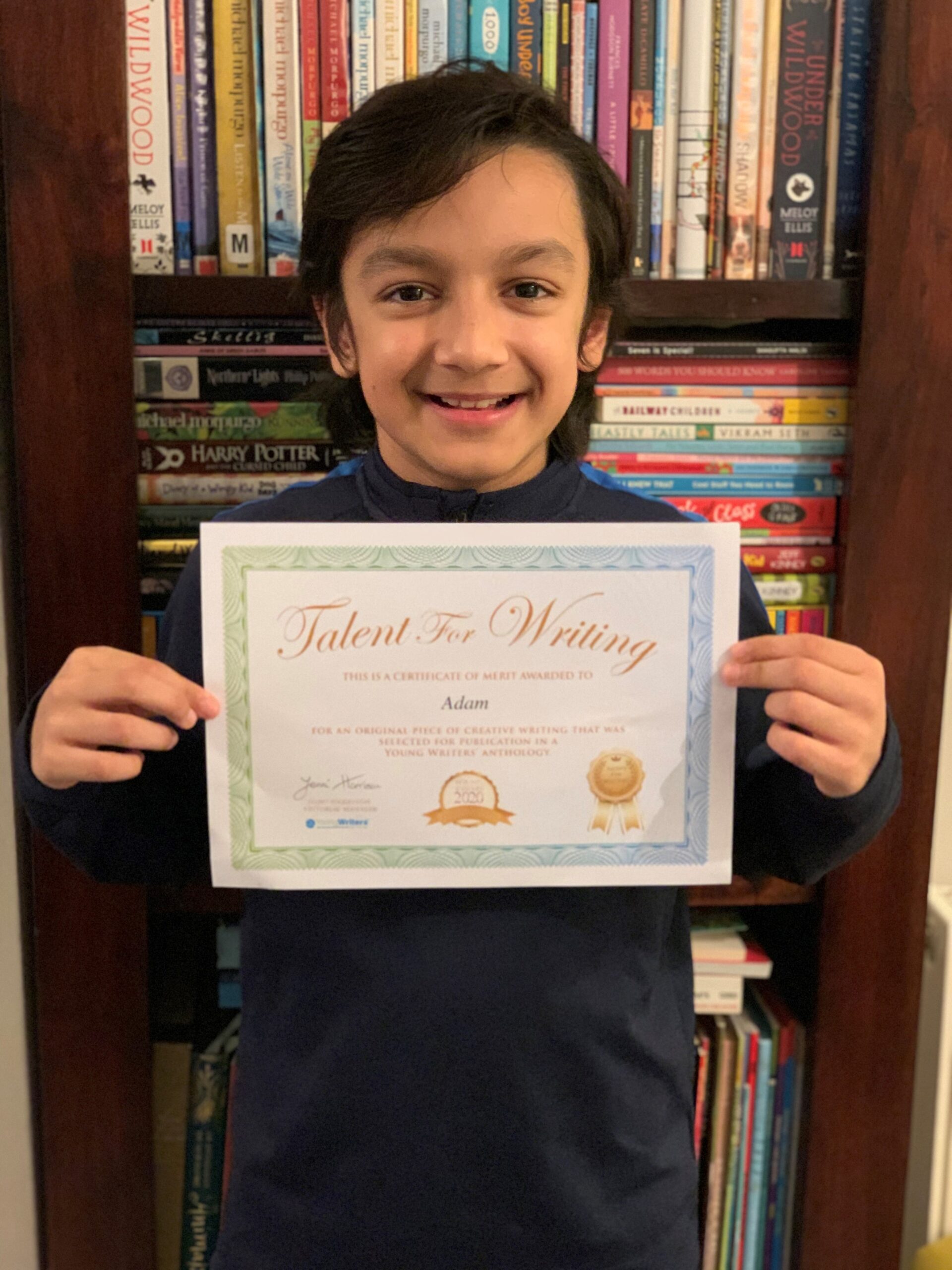 Crisp Packet Challenge – Can you guess?

Our Environment Committee are running a competition to highlight the easy measures that we can all take to protect the world we live in.

During the autumn term, members of our Environment Committee collected snack and crisp packets recycled by our School community and we’d like you to try and guess the number recycled. Take a look at the photo below, can you guess how many crisp and snack packets were recycled during the autumn term? 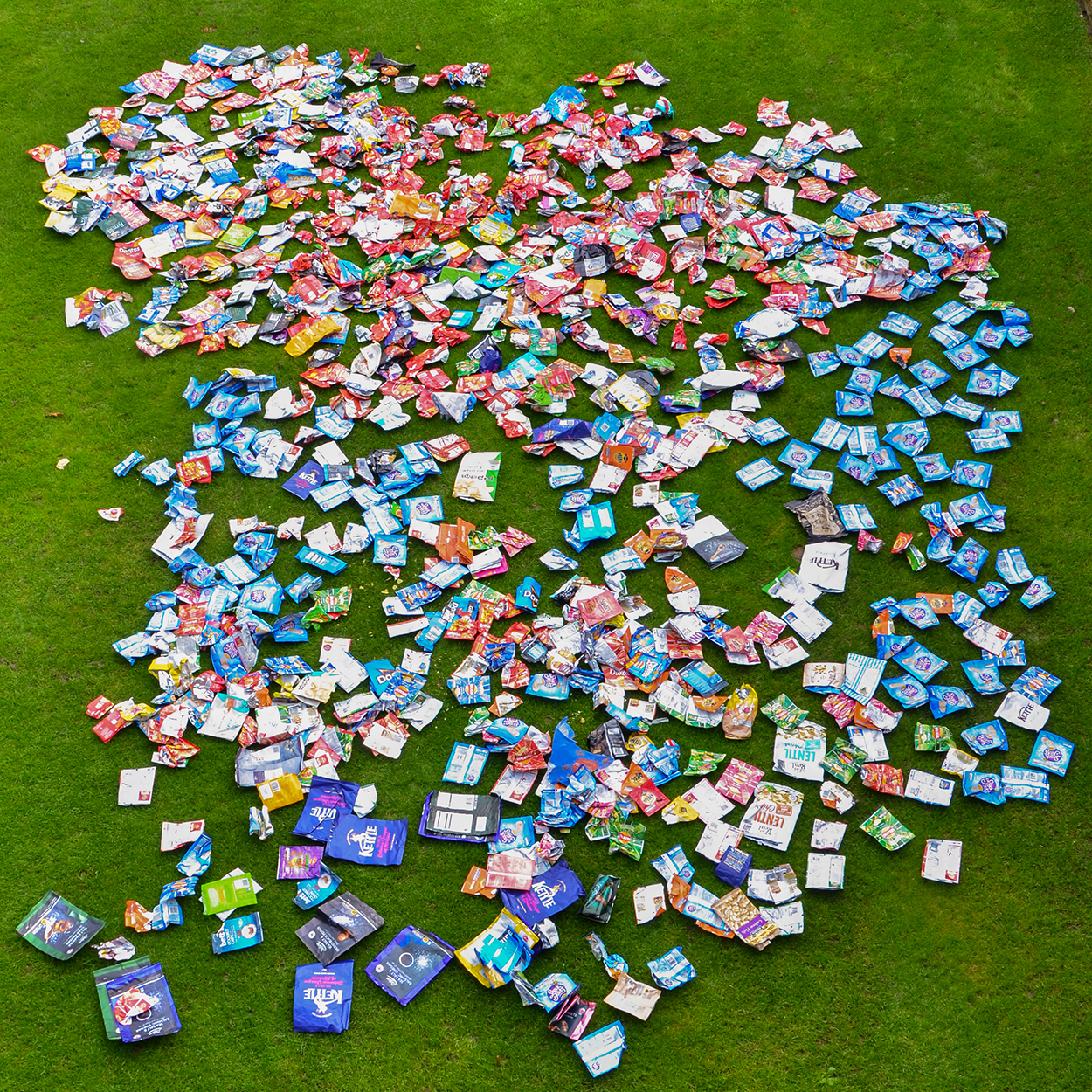 The closing date for entries is 6pm on Thursday 28 January. The closest guess to the total number of crisp and snack packets collected last term will win a £25 Amazon gift voucher. Go on, have a guess!

You have a number of tasks to complete under the categories of Physical, Technical, Tactical and Mindfulness.

Points can be accumulated which are added to your squad total and the squad with the most points by half term will win!

Evidence of task completion must be uploaded onto a form (more details from your football coaches next week). In the mean-time, keep the evidence titled and in a folder ready to upload. 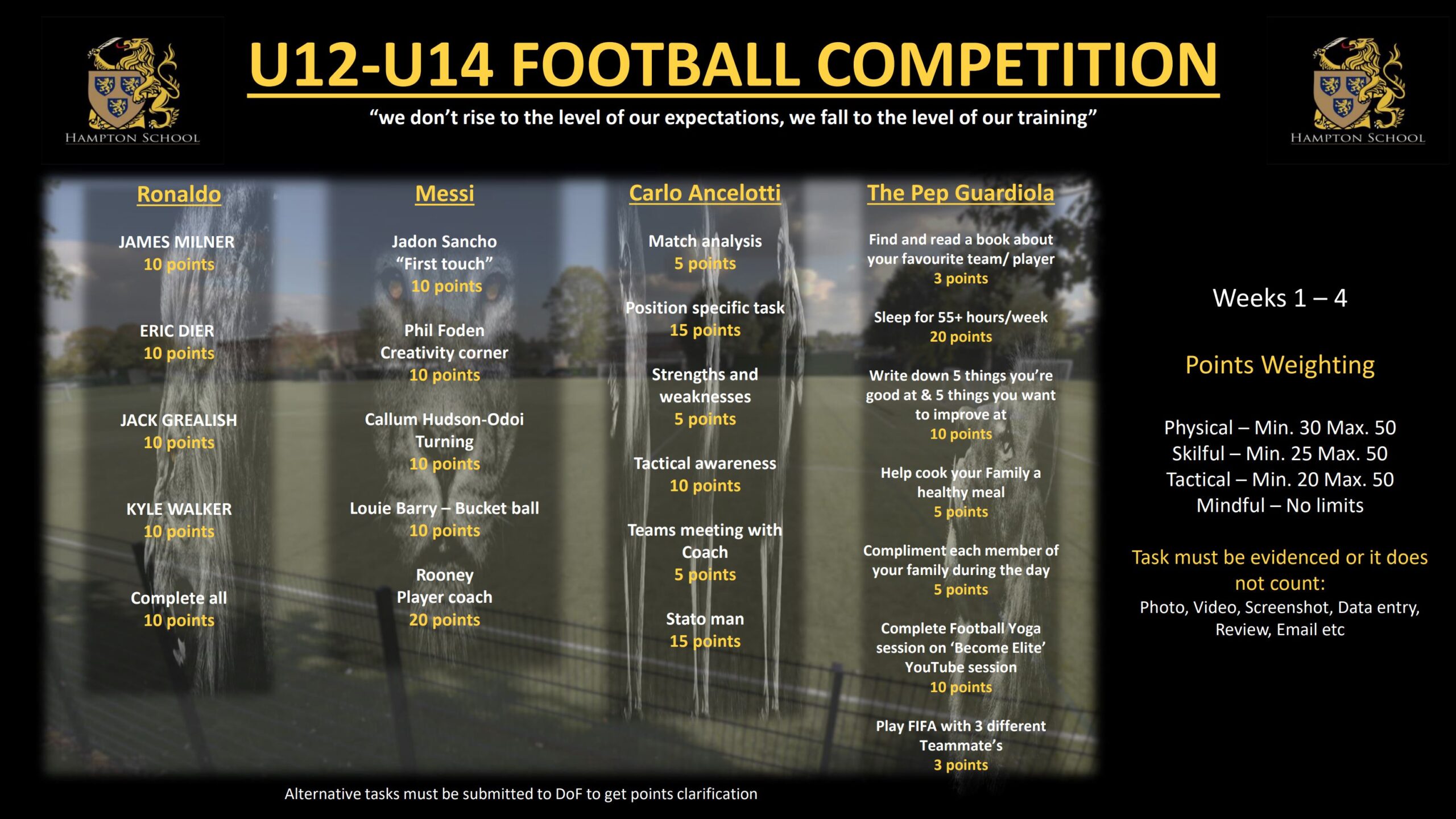 We had an impressive 39 entries for the 5 questions last week, 1J are in the lead with ten submissions! Well done to the following boys (make sure to add your merits in the back of your homework diaries and to collect your merit certificates when you reach 10!):