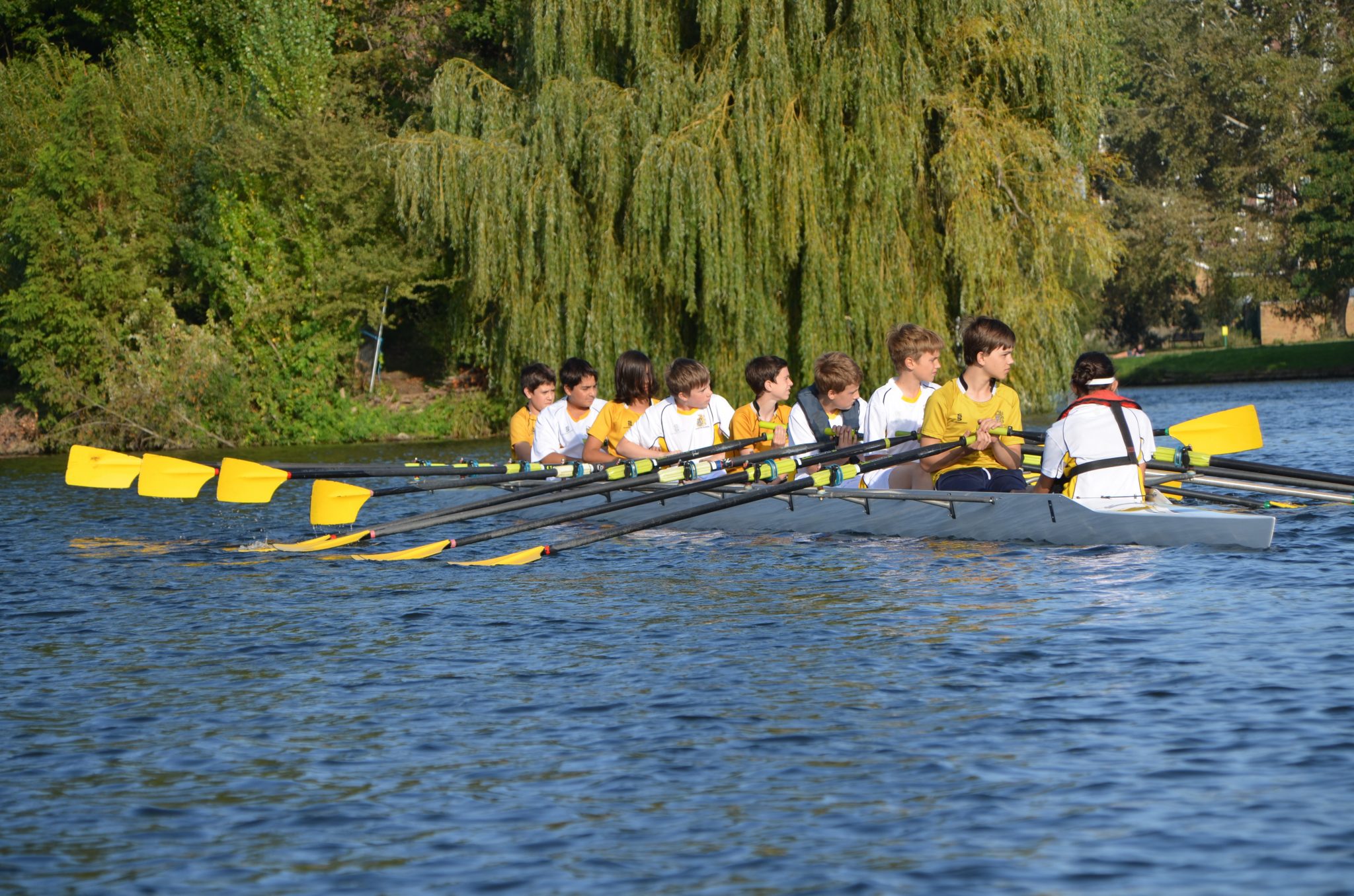 How long did it take you to navigate to this blog today? If it was more than about 12 seconds, a Third Year boy ran the 100m sprint faster than this back in 2011! Well done to 46% of you for guessing correctly (11.8 secs) last week… I wonder if our current crop of Third Years have the ability to challenge some of our School Athletics records come the summer!

The Third Year boys took a break from their normal virtual assembly on Monday, and instead finished off a talk from our School Counsellors that they started watching last week. Conformity, peer pressure and risk taking were some of the key topics covered and the boys were reassured to hear that they can access the support of the School Counselling Team whenever it is required. For more information on this, boys can speak to their Form Tutor or any member of teaching staff. Alternatively, the boys can email the counsellors directly on counselling@hamptonschool.org.uk.

Rounding up a busy week in their Forms, the Third Year boys have also been discussing nominations for charities they would like to support this year via our popular Form Charity programme. A number of excellent organisations and meaningful causes have already been put forward – our boys will certainly be able to raise money for some worthy charities this year!

With two weeks to go until a half term break, this is often the time that Third Year boys find it challenging to stay on top of their work and maintain the highest standards of personal conduct in and around School. We would urge all boys to take stock over the weekend, reflecting on their achievements so far this term, and resolve to maintain their efforts towards achieving personal best in all areas of school life for the remaining two weeks. To facilitate this, the boys have completed a reflective exercise during Form Period this week and some have already had chance to discuss their goals individually with their Form Tutor. To ensure a strong finish to the half term (and hopefully a Grade Card that reflects those efforts) we encourage all Third Years to take some time this weekend to ensure they are up to date in all their subjects with all homework completed ready for the week ahead.

On the whole, the boys have managed superbly well in challenging circumstances this term. Now is the time to dig deep to maintain those standards until half term.

Today is World Smile Day! Each year on the first Friday of October, everyone is encouraged to smile as much as possible and challenge themselves to make at least one other person smile! Perhaps you could tell a funny joke, or maybe just smile at a stranger and see if they smile back! However you chose to mark the day, I’d love to see some happy, smiley faces in the blog next week and so please send any photos to j.neville@hamptonschool.org.uk.

To cheer you up as we start the weekend, have a look at these jolly Third Year Hamptonians enjoying World Smile Day! 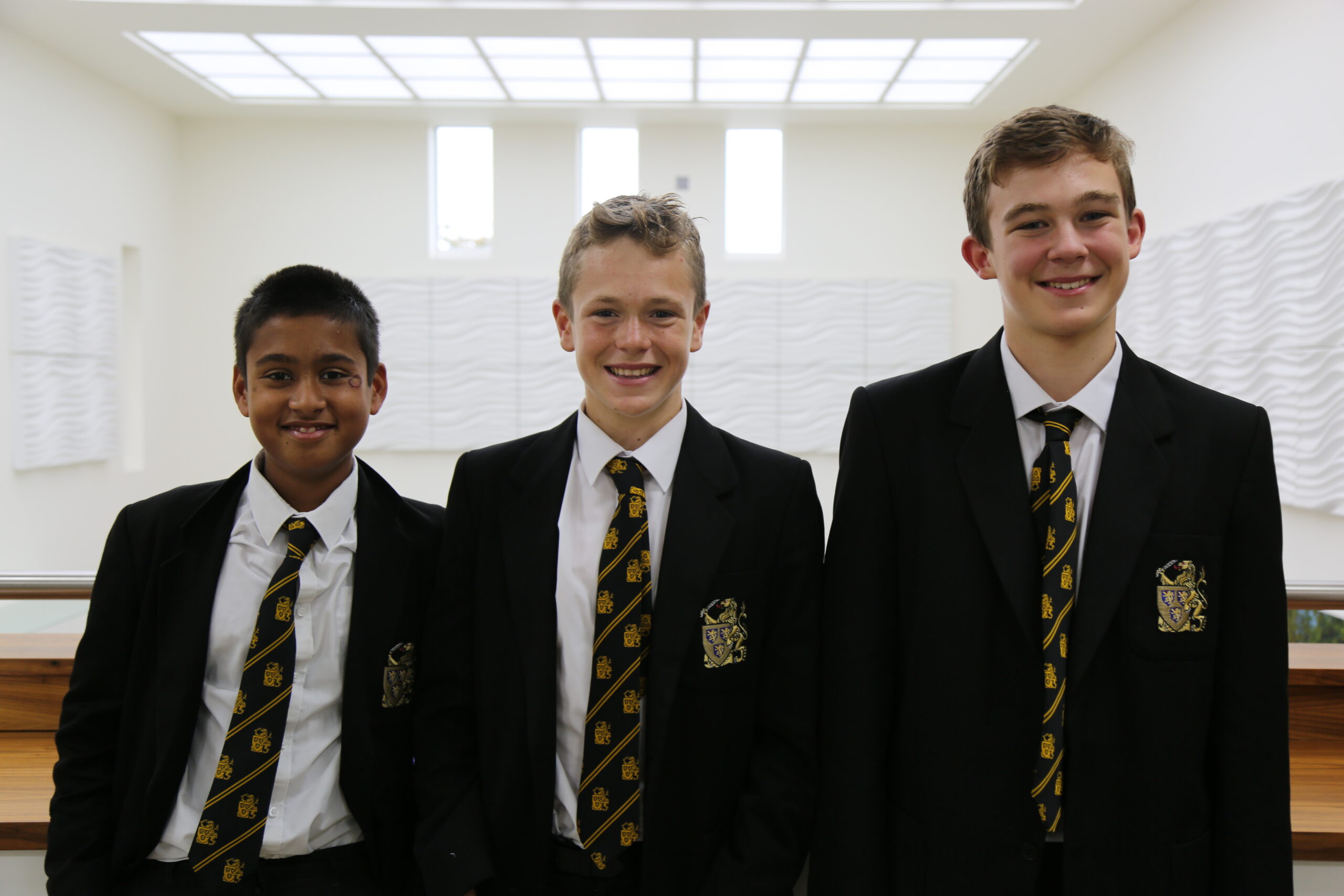 Have a look at our Third Year boys in action below in just some of the lunchtime clubs that have been running this week!

Have you been watching? I’m already hooked, and 3G have caught the bug as well as they’ve set up their own Bake Off competition and sweepstake! Mr Saunders informs me 3G are running a Bake Off sweepstake for baked goods with each of the boys allocated one of the contestants from the show. Alongside the sweepstake, there’s also a baking competition in which boys get a point for each item they bake (photo evidence required!) and three points if their whole team bakes the same thing.

So, cakes galore then – can I join your form please, Sir? (Only if you dress up like Prue Leith – Ed)

Third Year Tennis practice has started on Thursday lunchtimes for any budding Andy Murrays, with the plan being to continue throughout autumn and winter. Mr Langton tells me that all abilities are very much welcome. Boys are to meet on the front set of tennis courts at 1pm, rackets in hand and warmed up ready to train, having already eaten lunch.

The U14A Cricket side played out a thrilling game last weekend against St George’s College, Weybridge. Thomas T reports below on a fantastic win for the Hampton boys.

On a cold and windy day at Hampton, the U14’s took on a very strong looking St George’s, Weybridge. Maddox captained and won the toss choosing to bowl first. Their openers started well and were on 85 for 0 off 12 overs. From then it only got better for them, going into the last two overs they were on 140 for 0, one of their batsman getting 85 and the other getting 53. Hugo picked up the wicket of their guy on 85 with some superb fielding. Zidaan then picked up a couple in the last over and St George’s finished 153-3. Maddox and Hugo opened for us, and from the get go they were firing. Early sixes for both the players set the tone as we reached 70 in seven overs! Maddox then got run out chasing a two but played very well for his 41(21 balls). Tom then came into bat and him and Hugo combined well, Hugo passed fifty for the second game in a row and an over going for 21 helped Hampton win a very good game, finishing 154-1. Hugo getting 71 not out and Tom getting 26 not out.

Our U14A footballers take to the pitch against Royal Russell School this weekend – the very best of luck to everyone involved and let’s hope for the sort of luck that Man Utd had against Brighton last weekend!