This week, more of you have been attending the clubs that are now up and running, and our footballers enjoyed their first match in six months! In PSHE we have started a series of lessons on Oracy, in which the boys will develop their presentation skills and hopefully learn to see Oracy as a very valuable skill! In small groups, the boys will be preparing and then presenting to their Form a presentation exploring the importance of human rights. 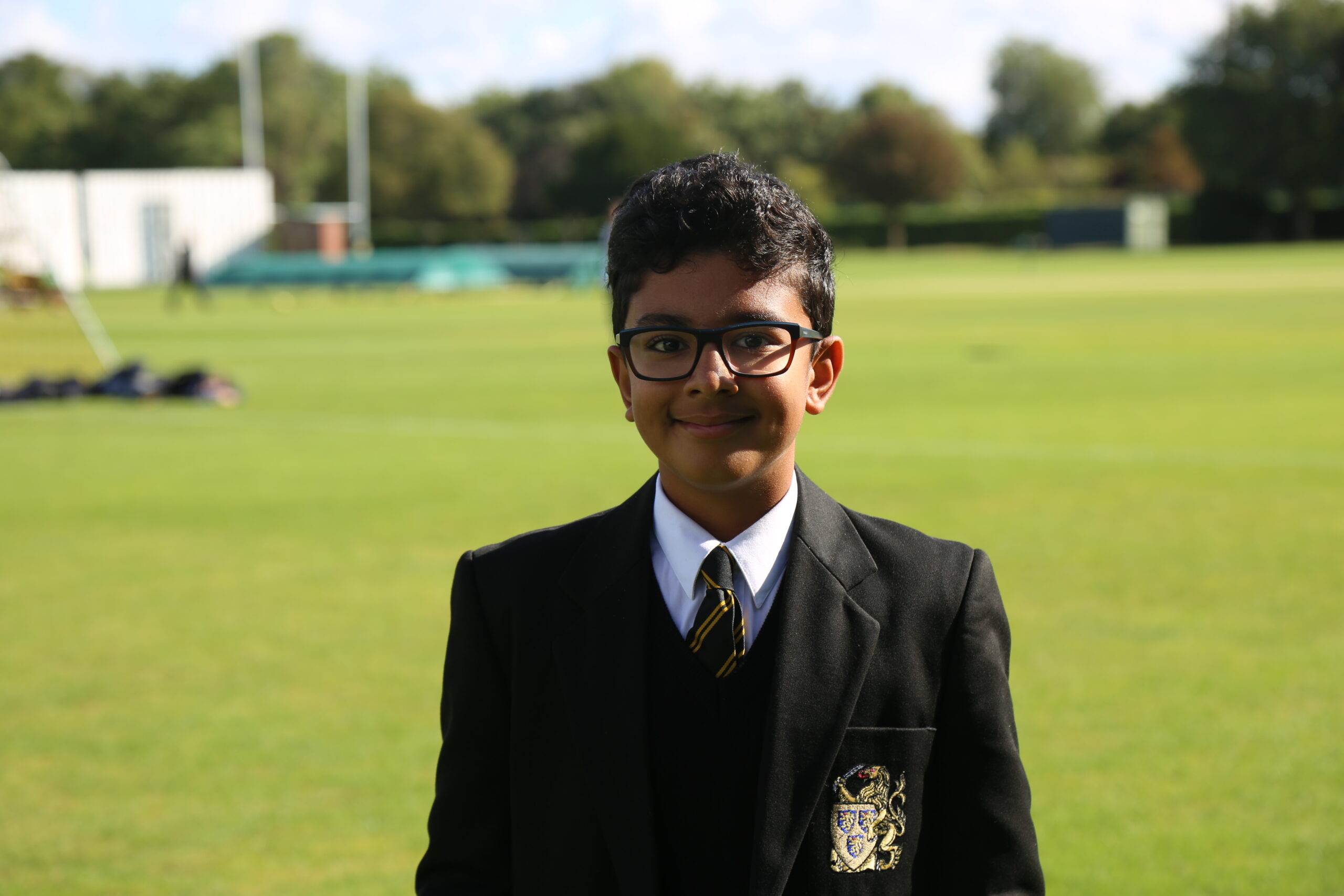 Badminton Club started last week on Monday and for most, it was the first time anyone had played in months! It is a great place to practice and improve on your badminton skills – you just find a court and a partner and play. Rackets are provided, no previous experience is needed and there are a range of different skilled people to play with. You could make a mini tournament between friends, or just have a friendly play. If you have nothing going on, on a Monday, you should definitely come along. You might even find a new talent! 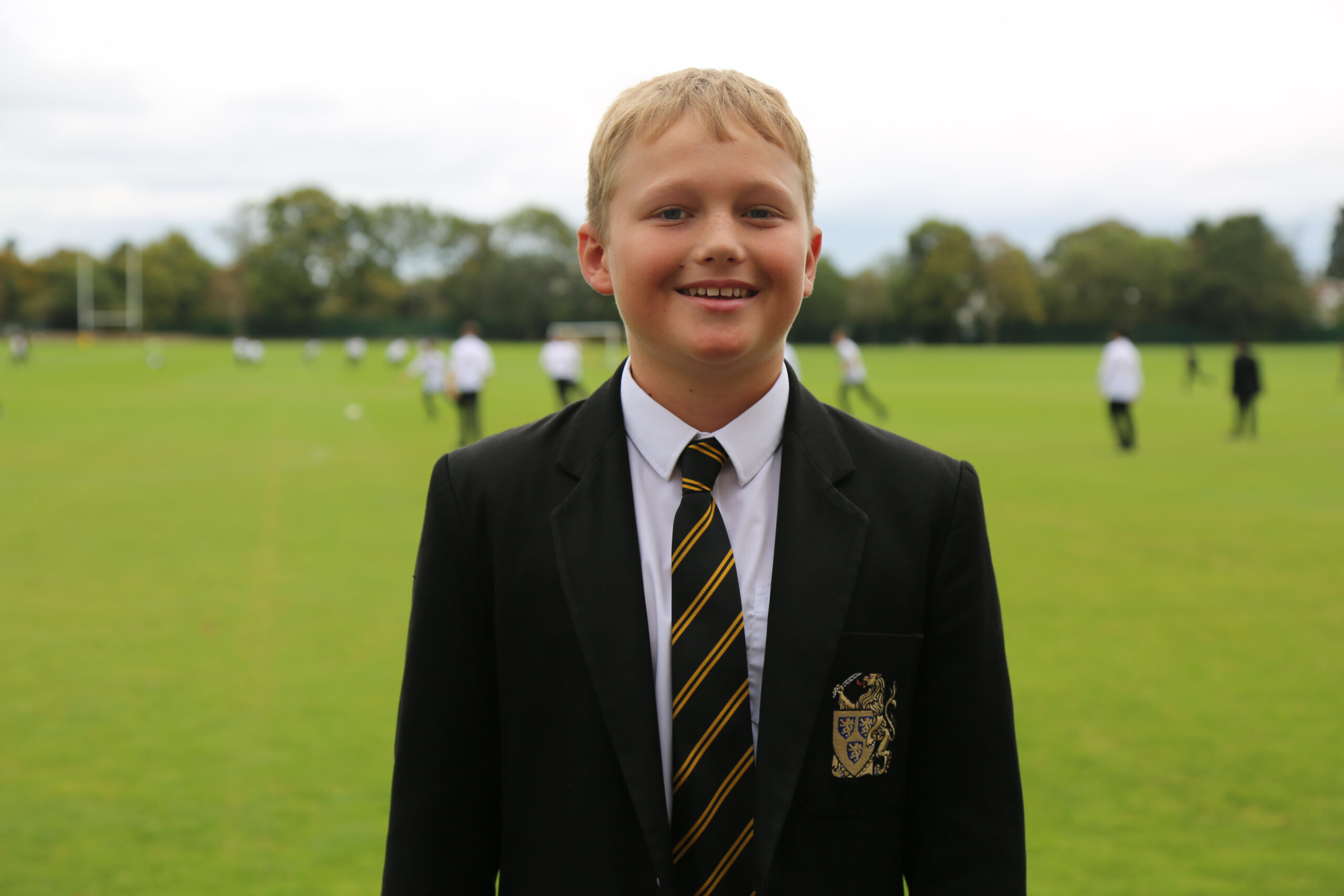 Cricket lub has started and the turnout was amazing last Saturday.

Cricket players were disappointed last year when schools shut down and the cricket season was finished without a single game. So, they were ecstatic when they heard about the cricket club that started the Saturday before last. This was expressed in the truly massive turnout at the club last Saturday. The club was mostly made up of cricket-mad players but a few new players turned up which was great to see. Everybody played their best and I’m sure that everybody that went last week will turn up again, along with a few more.

A big thanks to Chris Harrison for running the club, and giving people something to entertain themselves when lots of things aren’t possible. 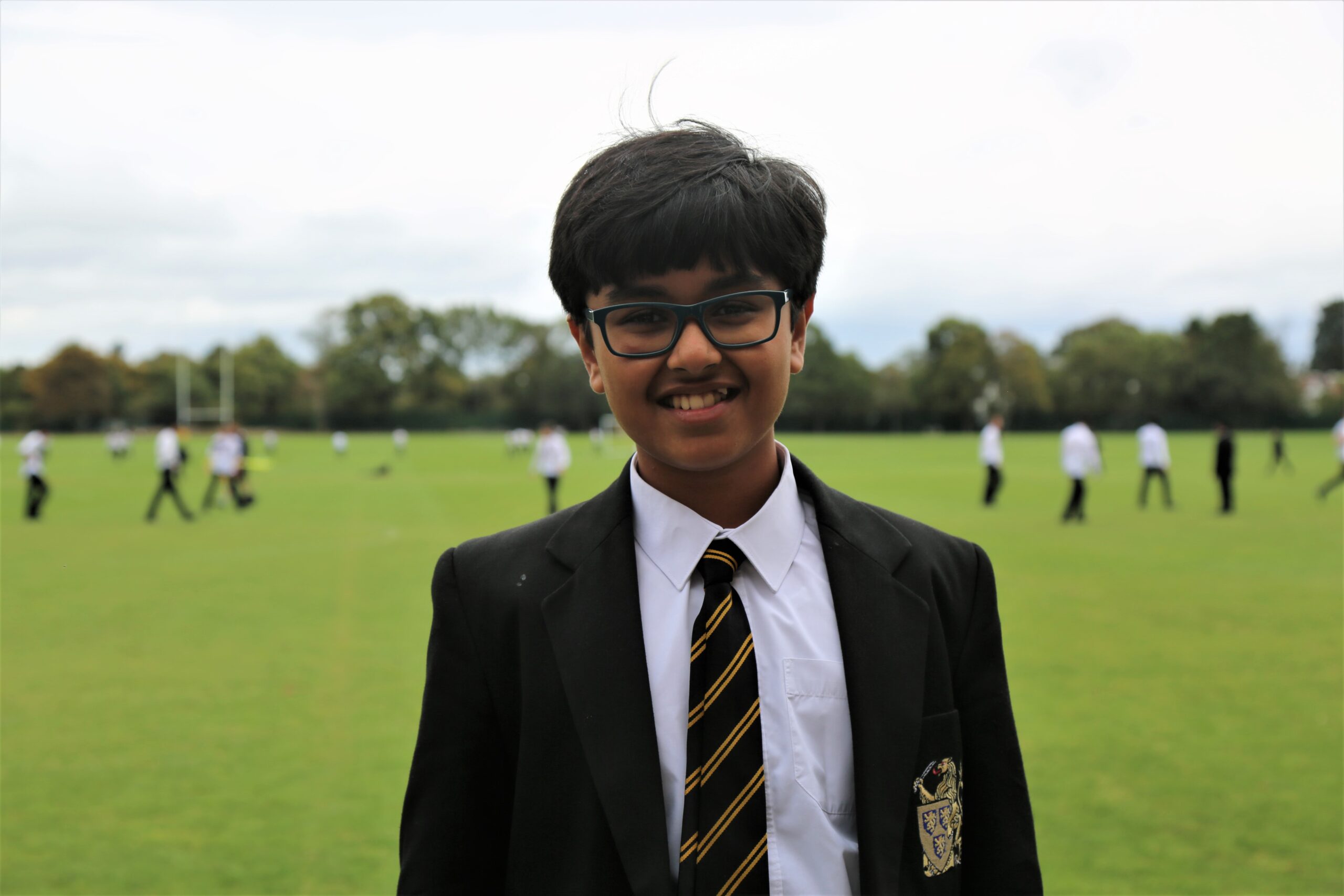 It’s great seeing clubs reopen because lunchtimes wouldn’t be the same without them! This week, I attended Second Year Tech Club. In Tech Club we make very exciting things to do with design and technology. This week we started a project about glow in the dark stickers. We first needed to decide where we were going to stick our stickers, most people chose on their bikes. Then we used a program called TechSoft to make our design. It was fun looking on the internet to find pictures that we liked, and then using the drawing tools on TechSoft to draw them. After we finished designing them, we had to upload them onto the DT share area, where Ms Woodward would see them and put our designs onto a new document to be printed. We are going to use a 3D printer to print our stickers – that’s probably the best part of the project! Tech Club was really fun, and I recommend it to anyone who enjoys designing!

On Saturday 26 September Hampton School U13A team played against Grey Court in their first game of the new School year. Hampton won 2 – 0 in a strong performance away from home.

Having not played together since last season’s Surrey semi-final win, which was over six months ago, the team were keen to get started. In the first ten minutes Hampton and Grey Court had a fair share of the ball and both teams had some positive attempts on goal. After around fifteen minutes the ball was played out wide to Sam Moylan-Jones on the right, who cleverly managed an early cross into the penalty area, centre forward Dexter Boyle shot first time forcing a defensive block from the Grey Court defender, and Alex Ashton pounced on the loose ball to pass it into the far corner to go one up. Grey Court responded with some positive play which resulted in a missed chance.

This forced Hampton to refocus as they started to move the ball quicker producing some exciting football and Hampton’s second goal was not far away. Centre midfielder Quinn Schutter intercepted the ball on the edge of Grey Court’s penalty area, he ‘skilled up’ two defenders before striking the ball sweetly into the bottom corner.

In the second half Grey Court managed to compete in all areas which forced Hampton to stay alert and determined with both sides going close and playing some good football. With only a few minutes go Hampton almost added to their goals. The ball was passed through to Daniel Mills who was on the move on the left, he shot early to the far corner forcing a good save from the keeper. The match finished 2 – 0 which was a pleasing start to the season.

It was a competitive and enjoyable first game back for all the players and we very much look forward to the next match.

A and B Team Football update – Eddie (2L)

The A’s and B’s returned with away fixtures against Grey Court on Saturday, with positive outcomes for both sides. The A’s won 2-0, with goals from Ollie Swetman and Alex Ashton. The second half was just about holding on to our advantage, with a sterling performance from the defence. The B’s could not quite take victory, but drew 0-0, with positives to be taken from both games. The A’s had another fixture on a Monday, with a 1-0 win that could’ve been even more, with the sole goal coming from Sam Moylan-Jones. Both sides, the A’s in particular, have made a convincing return, and are looking forward to more fixtures in the future. 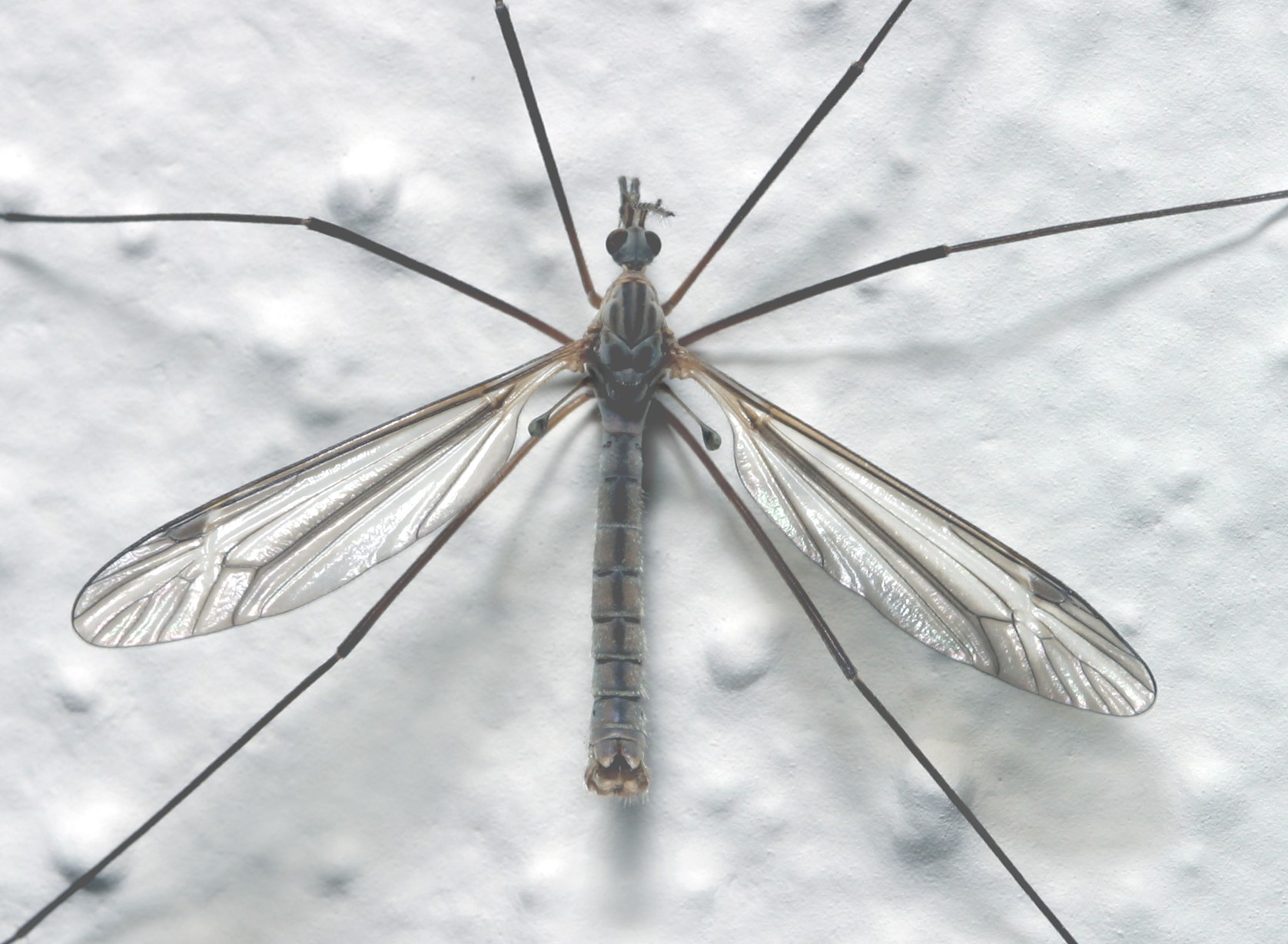 There have been a good number of Crane Flies out and about the last week, enough of them fluttering about on windows for our eagled eyed Second Years to spot them! Lots of you have been intrigued by their presence, so one of our blog reps – Elliot (2H) conducted a little a bit of research!

October is the mating season of the crane fly. Due to this, Hampton has experienced an infestation of them around the Geography department, mainly outside. Commonly mistaken for a daddy long legs, the crane fly has a wingspan of 1.0 – 6.5cm. The insects belong to the family Tipulidae. The larvae of the crane flies are often targeted and eaten by:

The flies only live for 10 to 15 days and spend their whole lives frantically searching for a partner.

Last week’s theme was ‘Food’, take a look at this impressive entry from Avi (2H) – A lemon on a table – made using soft pastels 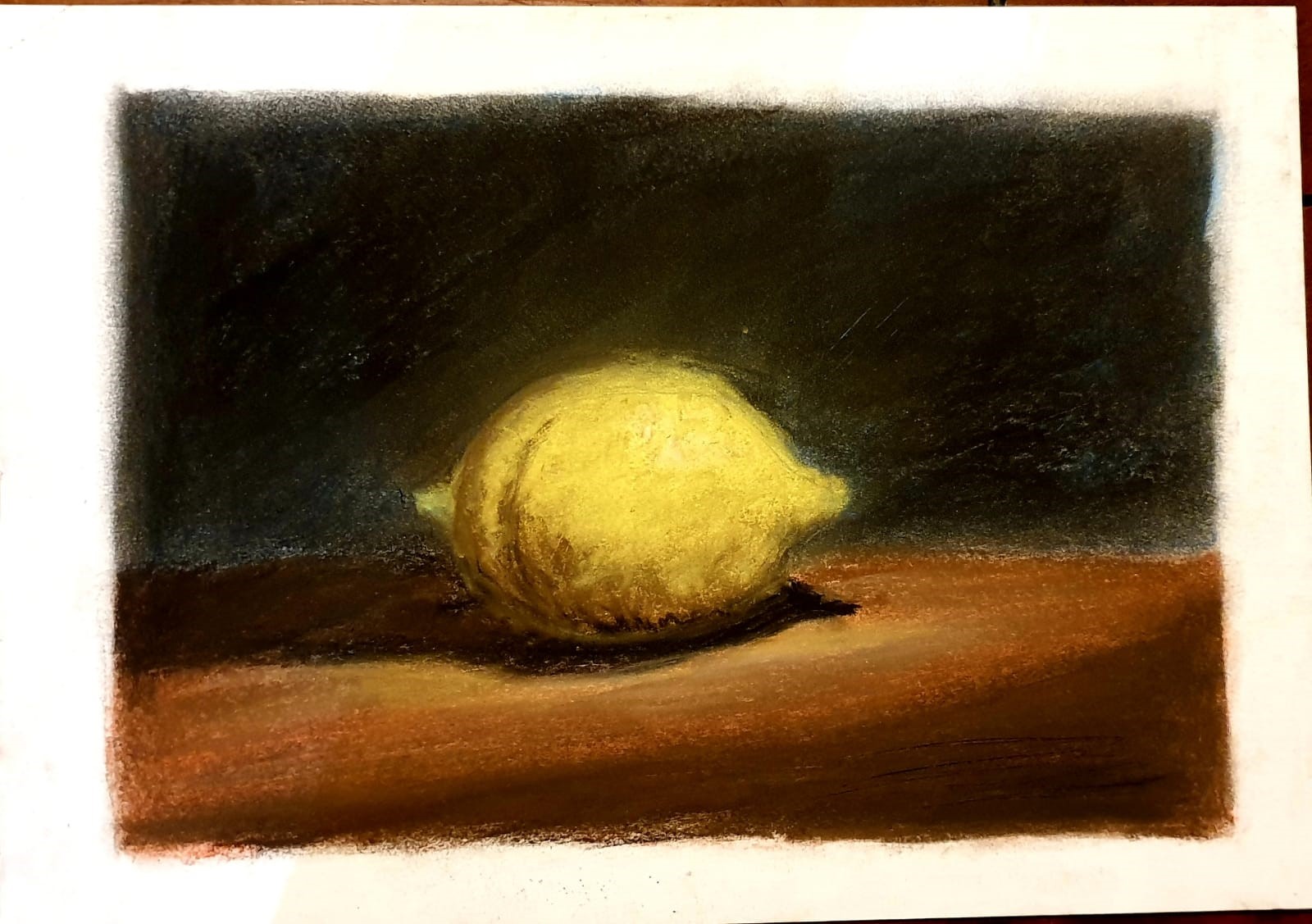 This week’s theme is ‘people’. You can use any medium you wish, simply take a picture of your artwork and send it to r.kugele@hamptonschool.org.uk , alongside some text explaining how you created it.