As the First Years, first year of Hampton draws to a close, albeit in a different way to what we expected, we have been continuing to reflect on our favourite moments of the year. On Tuesday the First Years had the opportunity to return to School for a catch up and farewell with their Form Tutors, it was lovely to see you all! There were lots of smiles from boys and Tutors alike as you entered and exited the Hammond Theatre.

From starting a new school in September to engaging with learning in a completely new way the boys have met every challenge with their usual enthusiasm and energy. What a year it has been! It has been wonderful to see you complete the challenges, sports championships and off-timetable activities with such fervour.

We hope you have a restful summer holiday! Mrs Peattie has a few words she wanted to share with you:

First and Second Year pupils were treated to Hampton’s first ever Virtual Field Trip this Monday! Head of Department Mr Bett had his wellies on in the River Tillingbourne, just south of Guildford, and the boys were taken through a practical geographical enquiry via MS Teams. From speaking with a lot of boys on Tuesday it was a fantastic learning experience, learning how to measure river speed and I’m sure the boys will be asking to meet “Tilly the Fish” when they see Mr Bett in September!

This Tuesday our First Years were put to the test, completing a sponsored activity to do with the numbers 1557. Cycle rides, running, stair climbing, non-skateboard shove its, lego models and the list goes on. Well done to all those who completed the challenge, it has been great to hear what you have got up to!

Well done to Joe T who did 15 non-stop skateboard shove-its in 57 seconds!

And also to Jian G, who drew the Hampton School crest on a t-shirt in 1h55min7s. Well done everyone! 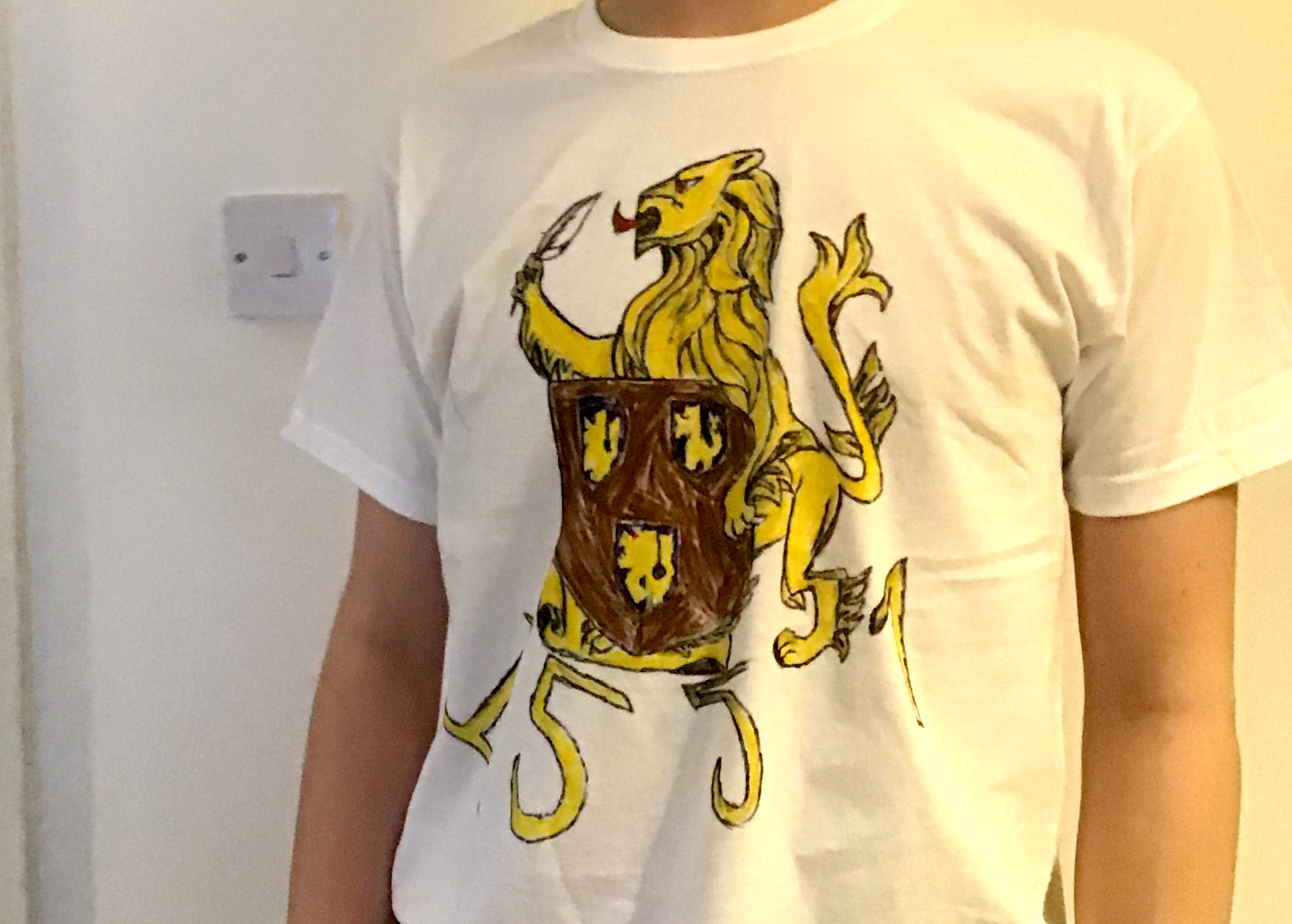 MR KNIBBS TOP TIPS AND GETTING TO KNOW YOU

Mr Knibbs has been working from his own remote workstation over the last term. 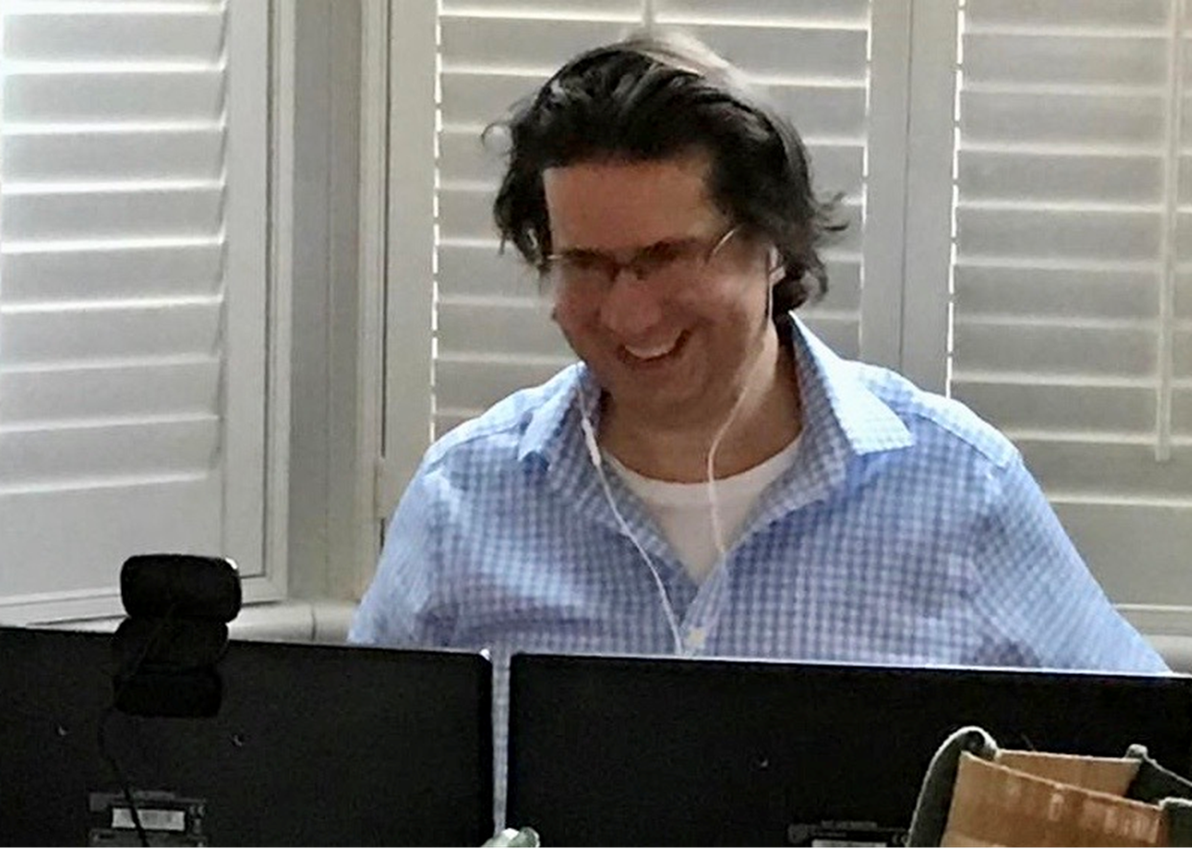 The First Years have sent in some questions to ask Mr Knibbs this week:

How did you become Headmaster?

I was Deputy Head at Hampton before becoming Headmaster, but I had to go through a very challenging series of interviews as an internal candidate.

Do you know everyone’s names?

Yes, I think I probably do.  Like most historians, I have a good memory!

Which other schools have you worked at?

Unusually among HMC Heads, I’ve only worked in two schools: Bolton and Hampton.

What is the worst thing about being a Headmaster?

Happily, this is a rare occurrence at Hampton, but I always find it personally upsetting when a boy has to leave our School following a serious disciplinary matter.

What is one of the goals you want to achieve being a Headmaster?

To widen access to our School through the Fitzwygram Foundation and to make Hampton more socially diverse.

How have learning styles changed since the time when you were at school?

Lessons are far more interactive now and involve a much greater variety of activities than in the late 1980s/early 1990s.  There is a lot more technology used in today’s classrooms – back then there was only one TV at my school, which had to be wheeled between classrooms on a trolley!

What is your favourite era in history?

Modern European History (1815 to 1945).  My special subject at university was Anglo-German Relations, 1919-45.  Within British History, it is the Wars of the Roses.

When you were 11, what did you want to be when you grew up?

A writer or a footballer, preferably for Arsenal or Manchester City (my Dad’s team).  I certainly didn’t see myself becoming Headmaster of an independent school!

Tell us about your pets… ?

I don’t have any pets, unless you count the Hampton ducks and bees!

What do you most regret doing during your time at Hampton School?

I’m sure that I’ve made lots of mistakes, but I try not to waste emotional energy on regrets.

Do you have a favourite film?

Hard to decide between The Shawshank Redemption, Twelve Angry Men, or The Usual Suspects

When you were a pupil at school, which was your favourite and least favourite subject?

I had three favourites ─ history, English and languages (German and French).  My least favourite was maths, but of course I wasn’t lucky enough to be taught the subject at Hampton!

What is your favourite sport?

Football until I retired from playing; skiing since then.

What is your favourite board game?

I don’t really have one (sorry Mr Barber!) – maybe Cluedo?

What is your video game?

Again, I don’t have one.  The last one I can recall playing regularly is Tetris.

Do you have a favourite book?

I love reading, so it’s impossible to name just one book. The ones that I’ve enjoyed most this year have been Appeasing Hitler by Tim Bouverie and Michael Jordan: The Life by Roland Lazenby.  My favourite fiction writer is Daniel Silva – I love his Gabriel Allon books.

How did you become a teacher?

I went back up to Oxford to do my PGCE and then joined Bolton School at the end of the course.

What has been your favourite part about e-Hampton this term?

Reading Hampton@Home every Friday to discover the amazingly creative and ingenious things that boys and staff have been up to.  The incredible Voices of Lions video on Founders’ Day was a real highlight and very moving to watch/hear.

How has it felt as Headmaster during e-Hampton?

Like everyone, I’ve had my highs and lows during lockdown, but the summer term at e-Hampton has been full of uplifting moments.  I am about to finish my 75th term in teaching and this has certainly been by far the most extraordinary, unpredictable and unusual of them all.

How has school closures affected you as Headmaster?

See above.  I have really missed being on-site with Hamptonians and members of the Common Room.  It has been brilliant to see some boys and staff back at School during the last fortnight of term.

The First Years have been studying “A Midsummer Night’s Dream” in English and have been writing poems based on the play. Check out Samrath S’s poem below:

A Journey through the Dark Woods

A journey through the dark woods.

Figures traipsed through with capes and hoods.

Through the canopies of trees, the wind blows.

Into the nodding violets and spiked grass they go.

They capture and steal the fairies glow.

The Jangling of metal can be heard everywhere.

The beastly bears, into the darkness, stare.

As suffering creatures meet their demise.

The figures lay down their weapons and then,

Look at the stuffed bears hanging over the horizon.

They hang up their capes and hood.

A journey through the dark woods

A village officer has been dressing up as Darth Vader, the character from Star Wars, and riding a small boat to deliver relief goods to residents who were in a flooded compound in the Philippines!

Well done to Falak S, Oliver D, Arun B and Daniel F for their answers last week, almost all correct! Merits will be added to our remote merit log and if you have space add a merit in your old diaries!

Have a great summer break!