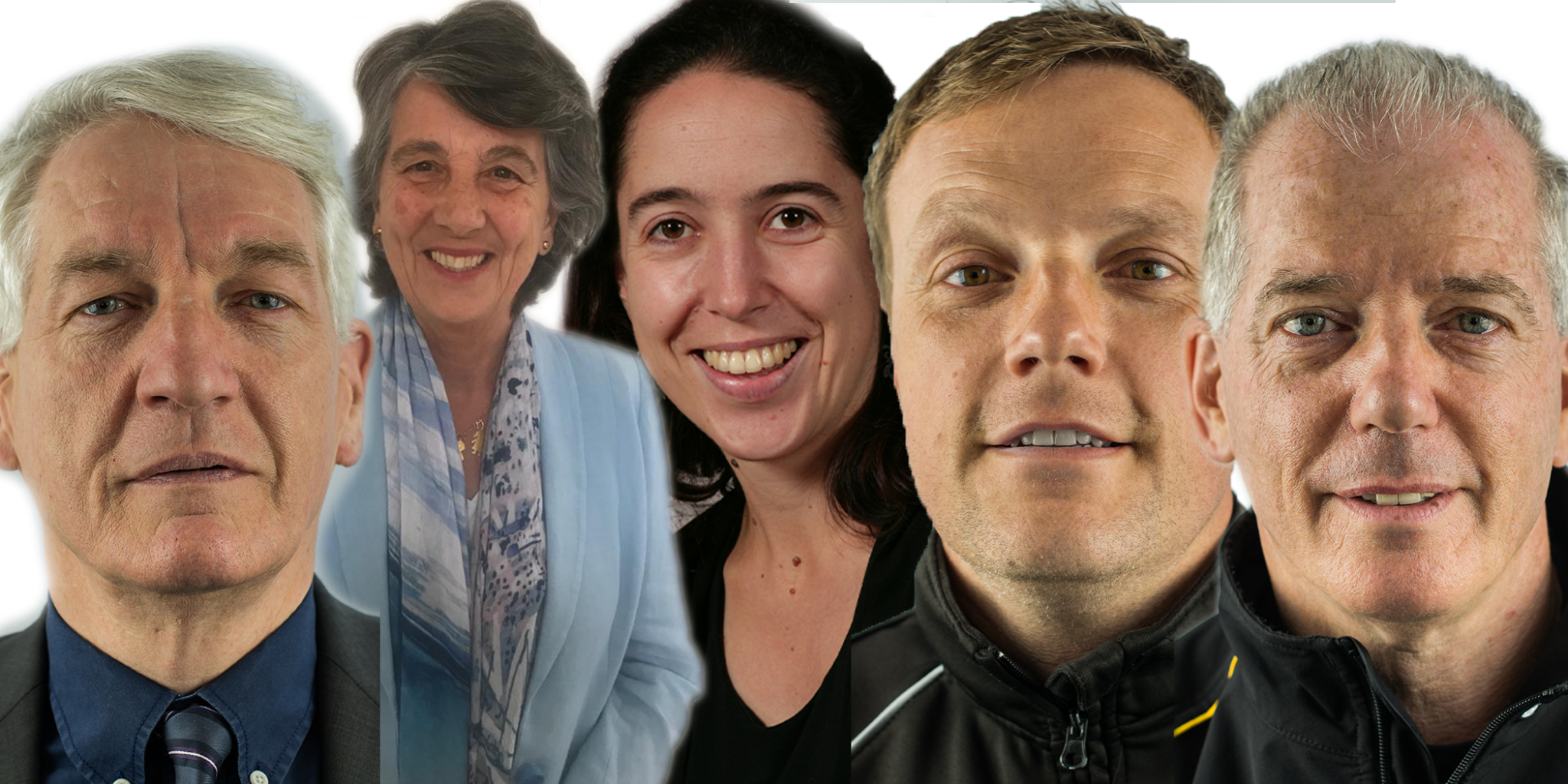 Hampton says goodbye to 16 members of our Common Room at the end of this academic year. Some are taking up new challenges in their careers while others are commencing much-deserved retirements.  Among those departing, are five long-standing members of staff who between them have chalked up 103 years of dedicated service at Hampton. 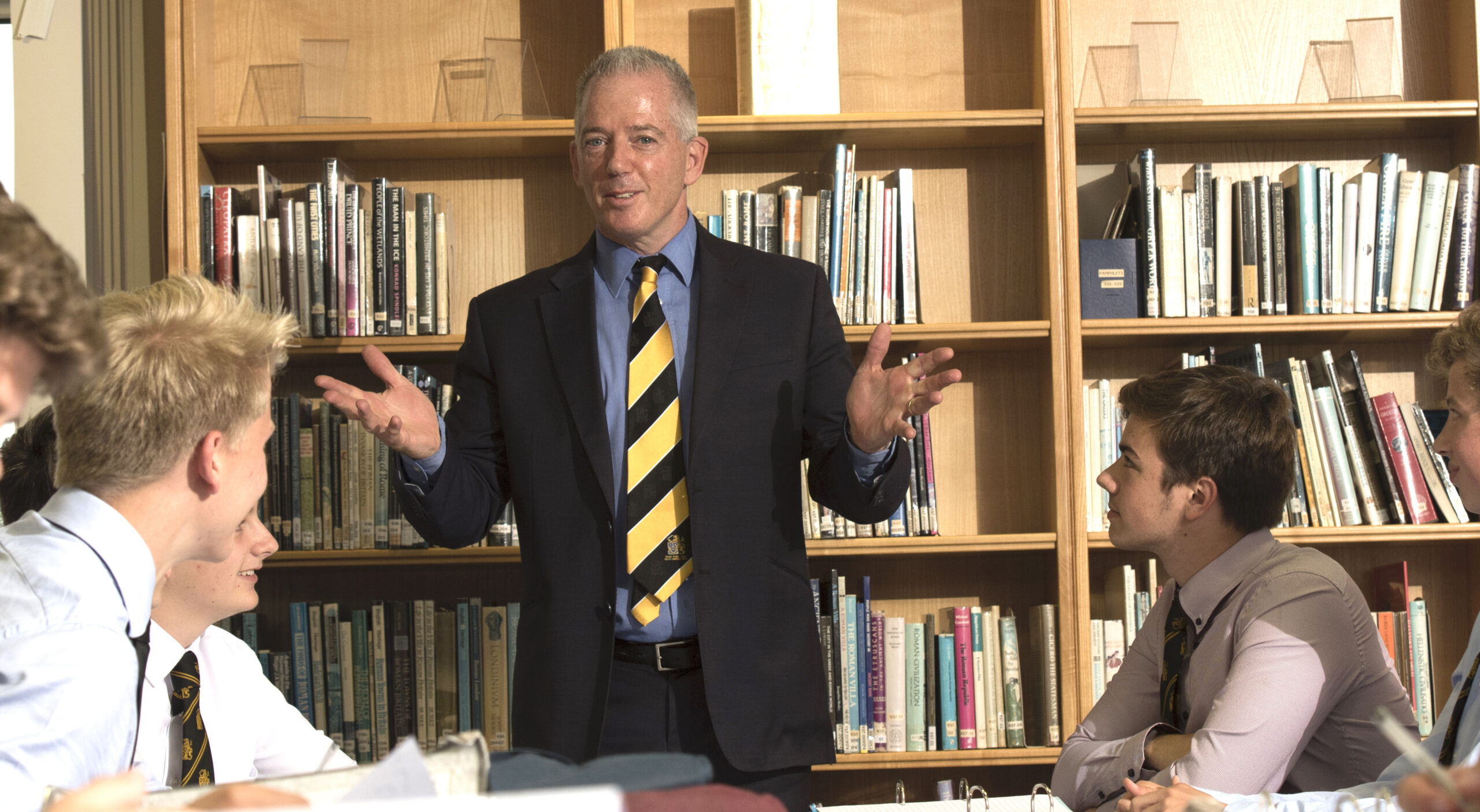 Mr Slater joined the Economics department 23 years ago in 1997. He was a Sixth Form Head of Year for 12 years and ran the Young Enterprise scheme and various business and entrepreneurship courses. A keen sportsman, Mr Slater coached the Second XV for 18 highly successful years and accompanied many rugby tours and School trips. He says he will look back on his Hampton years with much fondness:

I have had a truly wonderful time over the past 23 years at Hampton thanks to the eventful world of Economics, many lively lessons, hundreds of exciting rugby and football matches, much fun in the Economics department and some great friendships with many of the staff. Thank you Hampton!

Mr Slater had the honour of ringing out the academic year on the School bell:

English teacher, Mr Peter Smith, will also be retiring at the end of this academic year. Mr Smith arrived at Hampton School in 2002 after teaching in Zimbabwe and in various London comprehensives. Alongside his academic duties, Mr Smith is a passionate sports lover and has coached cricket and football teams over the years. His erudition and skill with the pen have enhanced many an edition of News from Hampton and he also founded the Hampton Sports Chronicle, nurturing many budding journalists who have now gone on to successful careers in the sports and mainstream media. Mr Baker, Acting Head of the English department says Mr Smith will be sorely missed:

A treasure-trove of English Language knowledge, a teacher who cares deeply about each of his pupils and a wonderfully affable colleague, the English department and the Hampton Common Room will be poorer for losing Mr Peter Smith from its ranks after a remarkable 18 years. Naturally, we wish him well in his next chapter – most apt, of course – and the new-found freedoms and opportunities to come.

Among those members of the Common Room who are taking up new teaching positions are Miss Jacobs and Mr Bolton. Miss Jacobs joined in 2005, leading the Classics department for four years between 2007-11. She accompanied boys on trips from Italy to Syria and, a keen vocalist, has been a stalwart member of the School choir.  Miss Jabobs, who is taking up a post at South Hampstead High School, says it has been hard to say goodbye to everyone at Hampton.

Boys, you have been clever, fun, tolerant, interesting, hard-working (mostly), energetic, polite, kind, long-suffering and exceptional. As have my wonderful colleagues. Thank you to all of you for your superb company.

Head of PE,  Mr Bolton is also heading to pastures new and will be taking up the post of Head of Exercise and Athletics at Highgate School. Mr Bolton joined Hampton in 2010 and remembers turning up on his first day to find the doors shut due to bad weather and heavy snow.

The ten years following have more than made up for my false start. Welcoming colleagues soon helped me get into my stride. I quickly adopted ‘crossword corner’ as the go to place to garner intellect and wit, whilst the Sports Hall proved to be my second home for many years!

Mr Bolton has nurtured many of specialist sports during his time at Hampton and, in particular has progressed Hampton Athletics to new heights.

Finally we bid a fond farewell to Mrs Watson who joined Hampton 37 years ago and has had a rich and varied career at the School. Remarkably, Mrs Watson taught English, RS, French, Portuguese and German before settling in Modern Languages to teach French and German. She went on to fulfil a number of important roles with distinction: Head of Second Year, Head of Lower School and Assistant Head. Mrs Watson stepped down from the senior leadership team in August 2016 and has since then assisted our Admissions team on part-time basis. She believes Hampton is a very special place:

It has been wonderful to see the way in which the School has developed and established itself in the community over the last 37 years. It continues to be a place where both pupils and staff are highly valued for who they are. It has been a privilege to work in such a committed, vibrant and caring community for so many years.