It has been another creative week with the Arts Award Creative Skills Morning, and the work produced has been really very impressive! There are a number of competitions for you to get involved in as we approach the last few weeks of term to keep you busy, and as ever thank you for keeping in touch and letting us know what you’ve been doing whilst at home!

Well done to the following boys for reaching some impressive merit milestones!

Remember to keep letting Mrs Owen know when you reach your next 10 merits!

It is always fantastic to be able to share some of the amazing things that you all do outside of School! This week, thank you to Benedict (2J) for sharing with us what it is like being a chorister at the Chapel Royal, Hampton Court Palace.

It all started in September 2014, when I had just turned 7. It was what we call the “Open Day”, in which the boys who have signed up to audition receive a taster day and receive lots of information from the present choristers about what life is like as a chorister at the Chapel Royal, and the commitments involved. Later that year in November, the audition day arrived. It lasted around twenty minutes and involved singing two pre-prepared pieces off by heart, playing a piece on the piano (a skill that is required) and singing a piece that I had never seen before (sight reading). You are allowed to audition for the choir when aged between 6 and 9 years old. One month later on a miserable Friday in December, the letter came through the door bringing great news – they had accepted me into the choir, even though they predicted that I would not start for another 13 months. A chorister leaves the choir when their voice breaks or at the end of Year 9.

Two months earlier than was expected, I turned up at the palace for my first practice on Tuesday at 5pm, November 2015. This was my official starting date as a chorister of Her Majesty’s Chapel Royal, Hampton Court Palace.

There are five different ranks in the choir: Pre-Probationer, Probationer, Chorister, Corner Boy and Head Chorister. Pre-Probationers only attend the practices which are on Tuesdays at 5pm and on Fridays at 6pm. Both of these last for an hour and a quarter, and are used to learn the music for the upcoming services on Sundays. I was promoted to a Probationer in June 2016 and started to sing on Sunday services. There are two services in the Chapel every Sunday, Matins at 11am and Evensong at 3:30pm. Practices take place before each service lasting for one hour. We also have a lunch break for two hours from 12:00 until 2pm. I normally have lunch in one of the cafes at the palace as we are allowed 50% off as we count as palace staff. (Her Majesty does pay us!)

I became a Chorister around Easter time 2017, prior to a special visitor of whom I will mention later. This came with an extra piece of white clothing – a surplice to go over Her Majesty’s Royal Scarlet cassock that is a colour worn specifically by Chapel Royal choristers.  I was then appointed as Corner Boy at the beginning of this academic year. There are always four Corner Boys at one time and as the name gives away, they sit on the four corners of the stalls. These are the boys who step in for the Head Choristers when they are away and when they leave. Finally, in March this year, I became Head Chorister. Only 20% of the boys are ever made head chorister and so this was a big achievement for me. I was about to be officially given the gold medal when that same week, lockdown began. During lockdown, we have had a few online meetings and practices have recently begun on a Friday morning, before School.

Every year in January, Her Majesty treats us with a trip to the Royal Albert Hall to watch Cirque Du Soleil, from the comfort of the Royal Box. Prior to the show, we are also treated to a 3-course meal in Pizza Express in Knightsbridge, a 20-minute walk from the Royal Albert Hall. The show has proven to be fantastic every year – for all four times I have experienced this trip. A few weeks later, we have to write our own letter to Her Majesty thanking her for the wonderful experience. We have to include lots of special wording in the letter. For example, we have to end the letter by saying ‘I have the honour to remain, Your Majesty’s most humble and obedient servant.’

Every June, we have a football match against our sister choir from St James’s Palace in London. Every year it alternates between home and away. This year marked the 50th anniversary of the event and it was due to take place last weekend (7 June). Oh well.

We have many special services at Christmas and Easter, as well as lots more throughout the year.

Key events from my time so far in the choir:

My first trip with the choir was to St George’s Chapel in Windsor at which Prince Edward was present. All four of the Queen’s Chapel Royal choirs attended as we put on a grand concert in the evening. We had dinner and played football on the grounds of the nearby school that the Windsor choristers attend. I loved the journey down to the school via what seemed like a flight of 5,000 steps but had contrasting feelings for the way back up.

The following year in the October half term, we went on a choir tour to Berlin with the choir of St James’s Palace, to commemorate the 500th year anniversary of Luther’s Reformation. We set off from Heathrow early in the morning arriving midday in Germany. We spent the rest of the day sight-seeing some famous landmarks such as the old wall of Berlin and Brandenburg gate. We performed in two concerts, one in Wittenberg and the other in Berlin.

Just a few months later and four days before Christmas, we spent a day at Buckingham Palace. As we arrived, we were given a tour of the interior as well as the exterior of the palace. Part way through our outside tour, we came across the Corgis and the Dorgis, a cross between a Danish dog and a corgi, and were lucky enough to stroke them. We were also allowed to meet and stroke the Queen’s horses. Unfortunately, the Queen was not there! In the evening, we performed in a carol service which was broadcasted to the nation, on Classic FM on Christmas Day.

The next year, Her Majesty visited Hampton Court Place along with lots of other famous people. The event was to mark the 100th year anniversary of the Order of the Companions of Honour. The Queen and the Duke of Edinburgh attended. Other famous people present were Janet Baker, Sir David Attenborough, David Hockney, Sir John Major, Michael Howard, Lord Seb Coe, George Osbourne, Dame Judi Dench, Dame Maggie Smith, and many more. I was lucky enough to greet the Queen and The Duke of Edinburgh.

Last year, we were invited by Lucy Worsley to be part of a programme examining Christmas carols. This was the second filming we have been lucky enough to have done with Lucy.

Finally, in our most recent event, I was privileged to meet, shake hands with and have pictures taken with the talented actress Dame Judi Dench, and Rick Astley, most famous for singing ‘Never Gonna Give you Up’. We were releasing our first CD in which I sing a few solos. Rick Astley lives very local to Hampton Court. He even said that he might feature us in his summer concert at Hampton Court. Well that will not happen now.

Overall, I really enjoy being a chorister at Hampton Court Palace and I hope that in my final year, I can participate in some more great things there.

The boys enjoyed a morning of outstanding creative skills tutorials put together by their peers before having a go at their own mini projects! There was a huge variety of skills to have a go at including, poetry, photography, modelling, and film making!

Take a look at some great examples of mini projects completed by the Second Year! We will share more next week too! 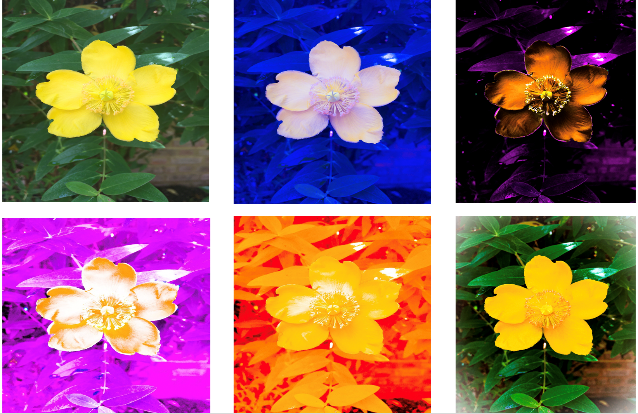 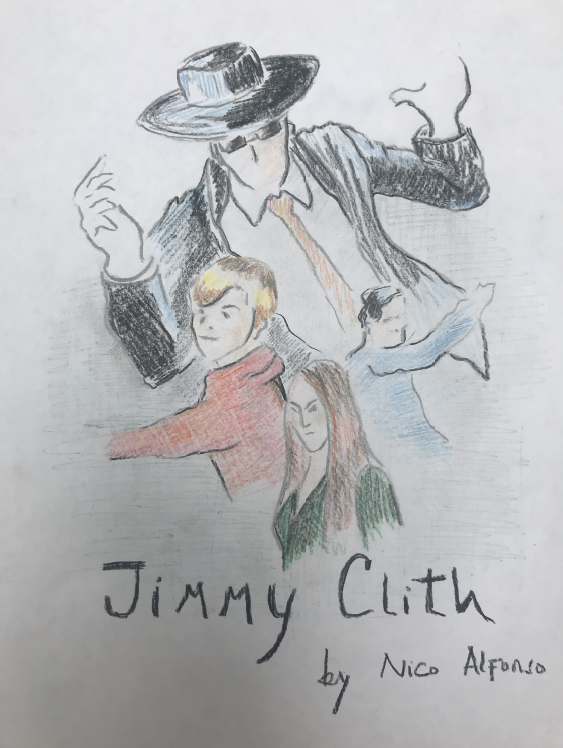 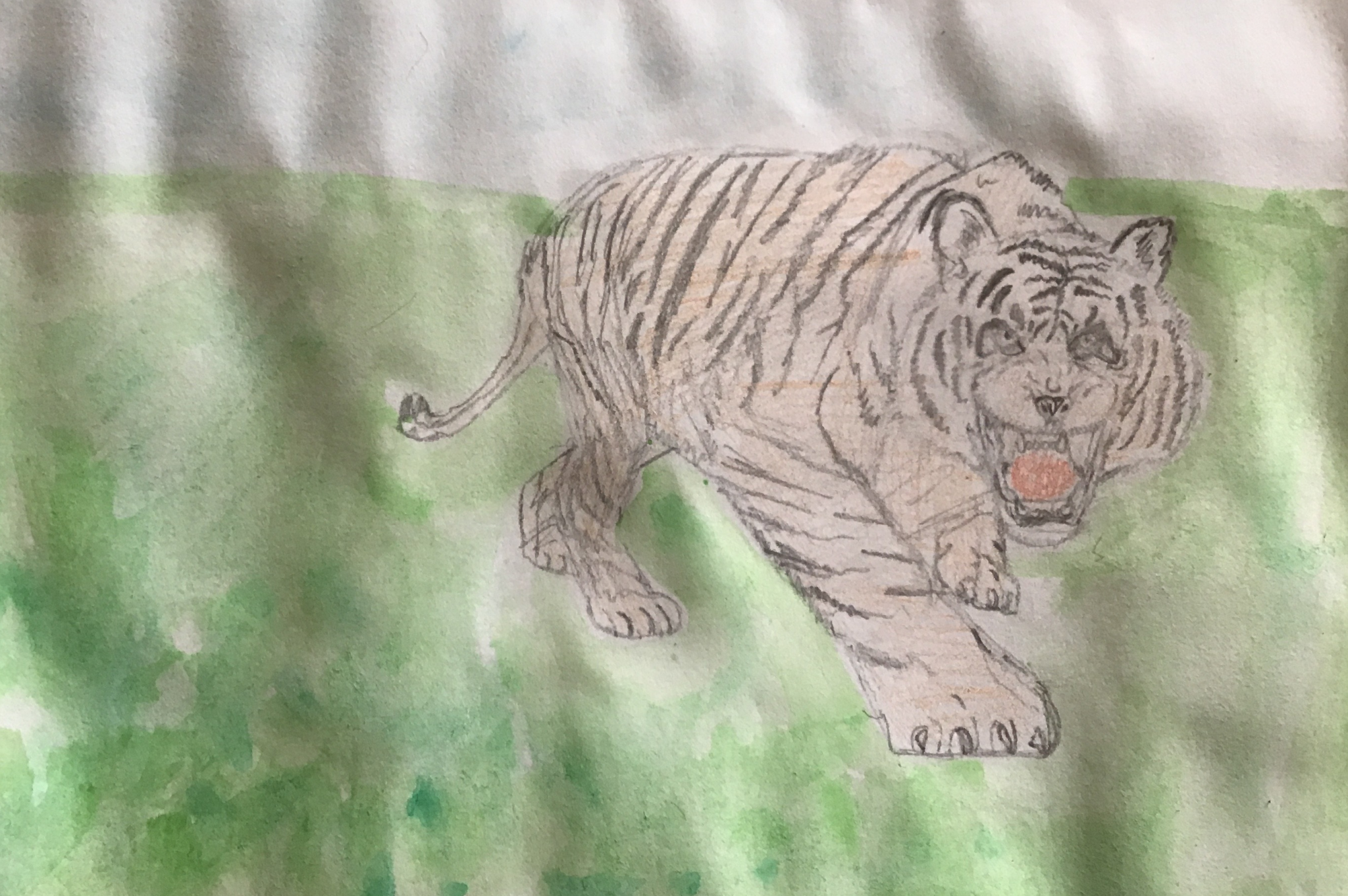 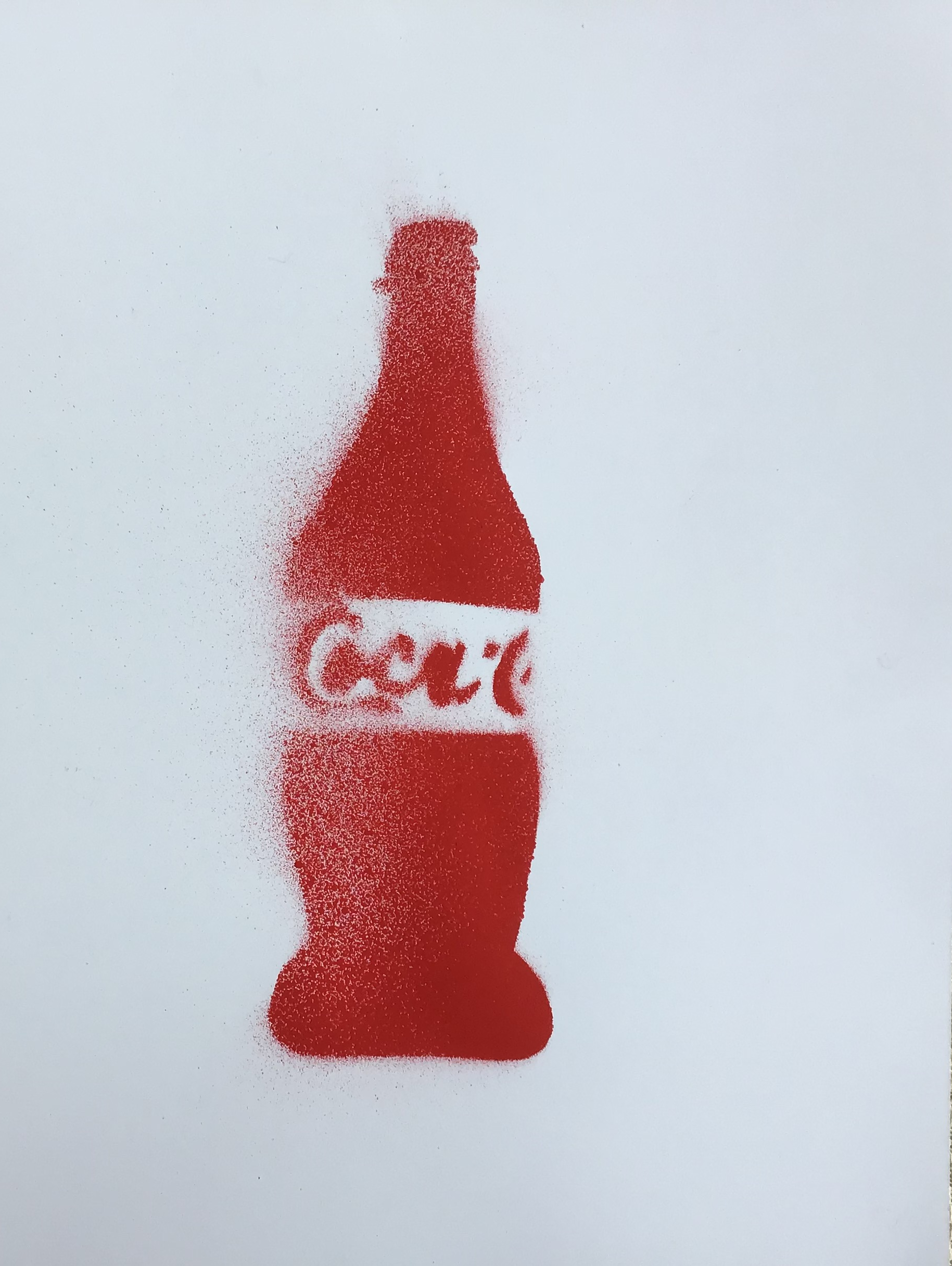 I like French a lot, and I was looking for a fun way to practise. So, I thought about reading my favourite comics, the Tintin series, in their original language and try translating them to English. I started with one of my favourite books, ‘Le Sceptre d’Ottokar’ (King Ottokar’s sceptre). It has been a challenging yet enjoyable way to practise my French. I would definitely recommend this to anyone interested. 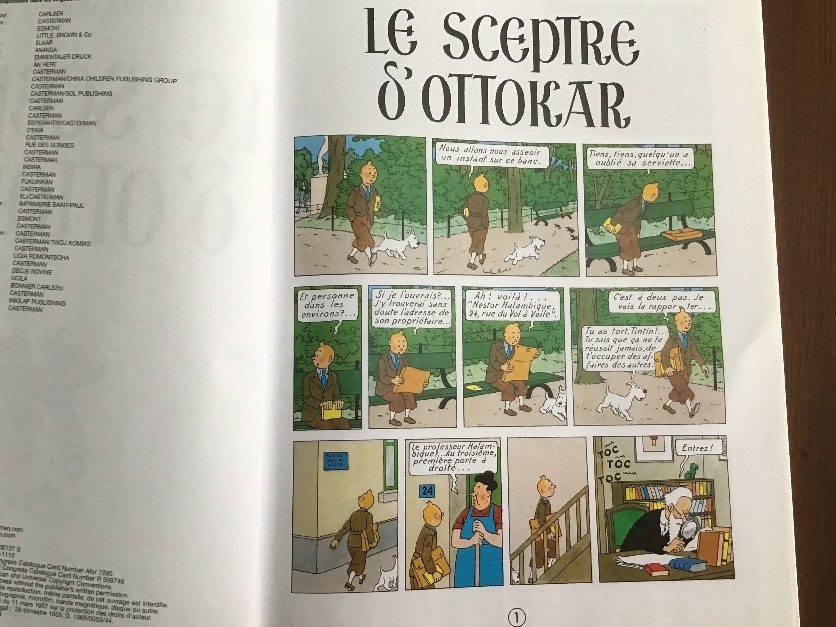 The Art Department invite you to share any creative work that you have completed during lockdown! 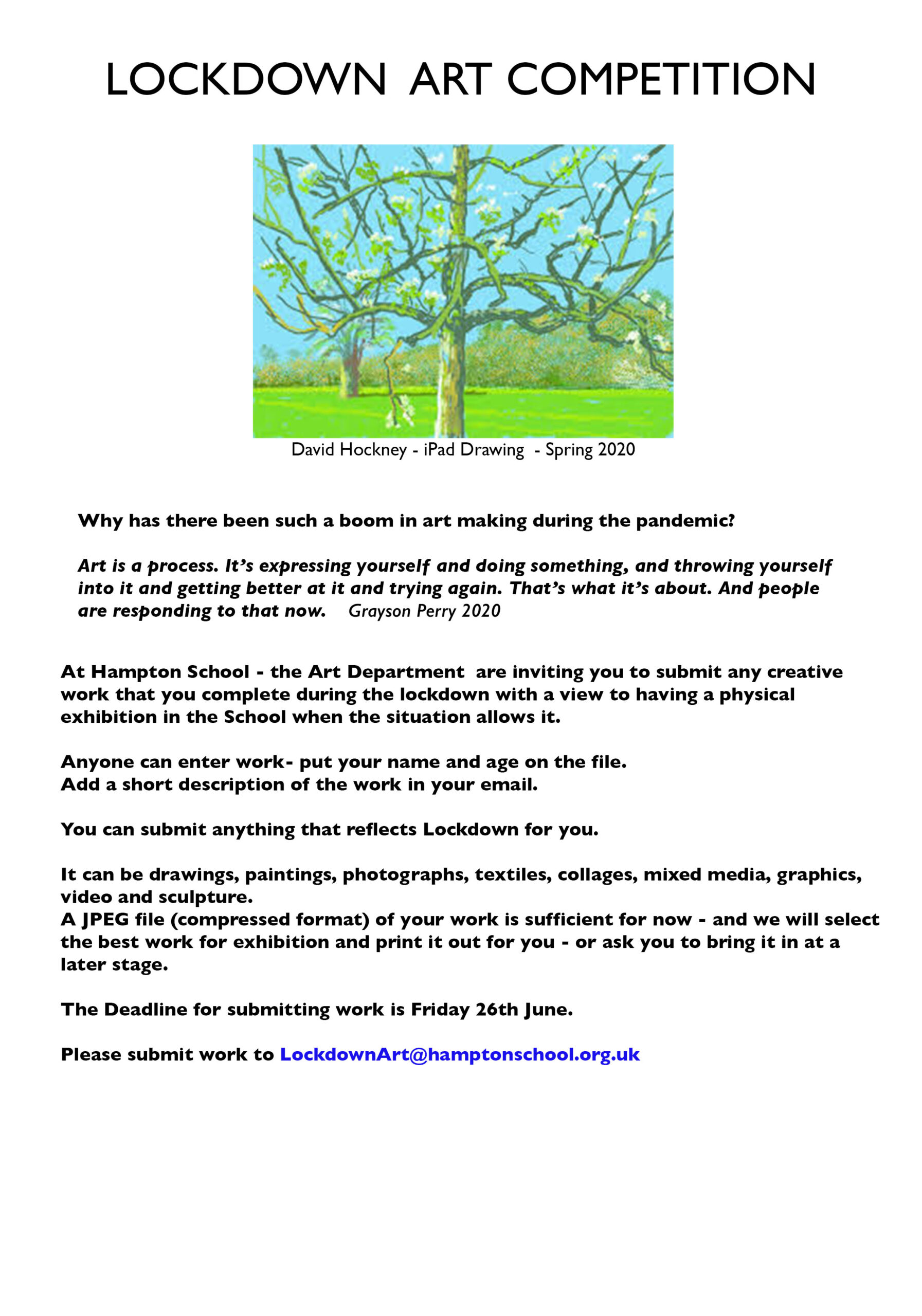 The Comedy of Errors

Our Lower School dramatists have recorded a series of podcasts retelling Shakespeare’s classic play The Comedy of Errors. Second Year pupils Adam tells us more about it:

To listen to The Comedy of Errors, click here

The next virtual schools’ fixture, will be the Richmond Schools’ Virtual Competition on Wednesday 24 June, which is open to all boys, parents and staff.  This fixture takes place during National School Sport Week at Home, so it would be great to have as many of the Hampton community involved as possible.

The competition involves any walk, run or cycle, with evidence to show the total distance of your activity.  The activity does not have to be continuous (if for example, you wish to perform some interval training), but the evidence needs to show the activity from start to finish.

Results will be compiled in the following ways:

To enter the competition, please click here to complete your entry, adding a screen shot of an activity tracking app as your evidence.  The activity must be completed on Wednesday 24 June, with entry forms completed by Thursday 25 June.  To complete an entry for a parent, just click on the link again and fill out the details for your parent, clicking the parent category.

Be active and have fun!