Wildlife Photographer of the Year Award

Wildlife Photographer of the Year Award

Ever since he was a Hampton schoolboy, Sam Rowley OH (2013) has been determined to brave all kinds of discomfort to ensure he gets the ‘perfect’ shot. One of his earlier prize-winning images was taken after spending hours in a freezing cold Bushy Park photographing the deer. That determination and resolve has now paid off with Sam winning one of the top prizes in photography – the Wildlife Photographer of the Year LUMIX People’s Choice Award. 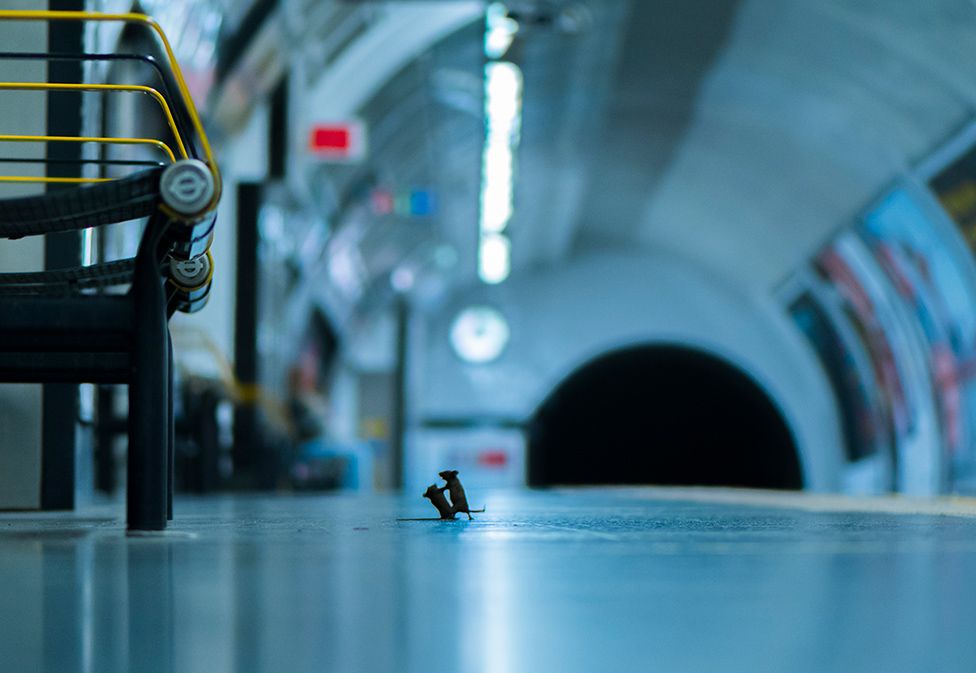 Sam’s picture ‘Station Squabble’ showing two mice fighting over a morsel of food dropped by a passenger on the London Underground took a week to capture. It was worth the wait resulting in a stunning image which attracted 28,000 votes from the public.

I usually take a burst of photos and I got lucky with this shot, but then I had spent five days lying on a platform so it was probably going to happen at some point.

Sam is currently working in Bristol as a researcher for the BBC’s Natural History film-making unit. He says photographing urban wildlife is his passion:

These tube mice, for example, are born and spend their whole lives without ever even seeing the sun or feeling a blade of grass. On one level, it’s a desperate situation – running along gloomy passages for a few months, maybe a year or two, and then dying. And because there are so many mice and so few resources, they have to fight over something as irrelevant as a crumb.

Sam’s image provides a fascinating glimpse into how wildlife functions in a human-dominated environment. The mice’s behaviour is sculpted by our daily routine, the transport we use and the food we discard. This image reminds us that while we may wander past it every day, humans are inherently intertwined with the nature that is on our doorstep – I hope it inspires people to think about and value this relationship more.