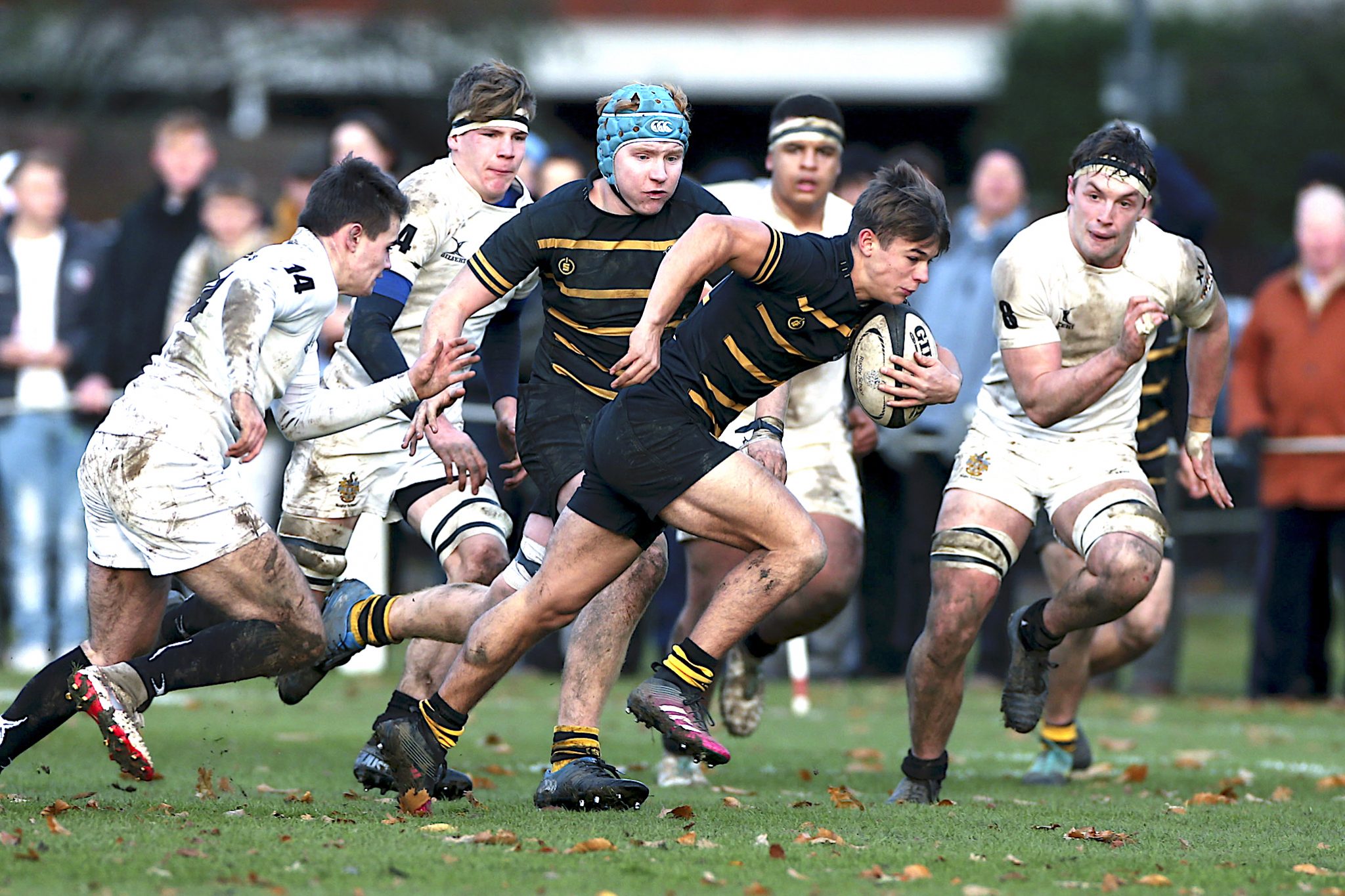 In Rugby, our First XV reached the Champions Trophy semi-final for the first time. After a very tight contest, Hampton lost their encounter against Rugby School, with the last play of the match.

In the Middlesex Cup, plaudits go to the Second XV who, playing against First XVs from other schools, were runners-up in the U18 tournament. Our U15 and U12 teams both won their respective Middlesex Cup competitions.

Among our individual players, Aidan Barry (U6) received a call-up to play for the USA team in the World School Sevens. Jamie Benson (L6) has captained Quins U18s, and Jesper Hartikainen, Tim Lamming, Rupert Reddish are all playing for London Irish U18s. Recent OH news sees last year’s leaver Louis Lynagh debuting for Quins and Richmond, and Gwilym Bradley playing for Cardiff Blues A and the Wales U19 and U20 squads.

In Football, the First Xl, Second Xl, U16A, U16B, U14A, U13A and U12A teams are all still in their respective English Schools’ FA Competitions while the U13As have reached the quarter-finals of their Independent Schools’ FA Cup competition and face Dulwich in January.

Five boys have been selected to represent their respective ISFA teams this year: Sami Omaar U18; Jonah Blake, Joe O’Pray, Antonio Polleri U16; Jamie Wilson U14. Sam Evans joins Surrey Schools FA U16 and Chibby Nwoko is currently in the FA England U15 squad..