Welcome to the last blog of the Spring Term 2019! It is hard to believe that we are almost at the end of term – it has flown by, as ever, and the First Year boys seem to have made the most of all that is on offer at Hampton for another term. Well done, boys! Firstly, congratulations to Porter R who is this week’s Tutee of the Week. Well done Porter!

A highlight of the week was the Science Fair and it was lovely to hear that a significant number of First Year boys took part, producing projects such as The Magic Mirror, Mini Volcanoes and The Science of Casinos! Particular congratulations go to Ronit R (1P) who was the runner up in the competition with his Lego Orrery Model. Well done, Ronit!

Another highlight was, of course, our Form tea parties on Monday – the First Year team were bowled over by the effort that the boys went to and we were treated to some delicious treats!

Thank you to all who sent in pictures for the blog testifying to their culinary skills. It sounds like there were certainly some very happy parents being cooked for by some talented budding chefs! Tommy S (1H) produced an especially impressive looking array of treats with his dairy-free chocolate cake and vegan brownies, which were both very delicious, apparently! The 1W boys sent in pictures of some delicious looking treats, with Harvey C having made some very tasty looking pasta dishes and Gabriel M showing off his pizza-making skills. Asa J (1B) also made some delicious looking chicken fajitas and Harry S (1J) looked like he made some fantastic baked treats! I know Miss Barnes will be using lots of the recipes and pictures for the recipe book, too, so do remember to keep sending any pictures and recipes through to her.

There is plenty of sporting action taking place before the end of term, too, with Football matches today against Stanley Park High School and Richmond Upon Thames School – good luck to all of the boys involved in these fixtures. The U12A team will need to have particularly high energy levels as they will be playing again tomorrow against Cardinal Vaughan Memorial School – good luck boys! On the sporting front, it was also wonderful to hear all about the U12B rugby team’s unbeaten season – what a brilliant achievement! The boys met with Mr Knibbs yesterday to be congratulated on their superb effort and should all feel very proud of what they have achieved. 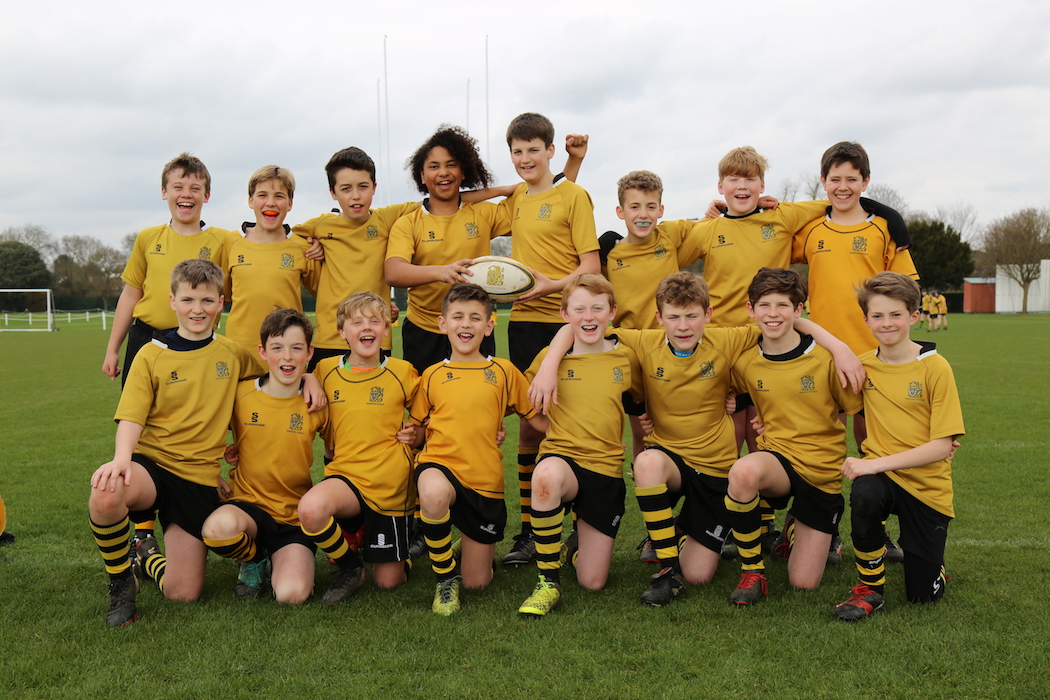 The winners of the Bundesliga internal league was also announced today and congratulations go to the winners, Borussia Dortmund!

As we approach the end of term, there will be a few administrative odds and ends to tie up so please can I ask that any boys who have not returned their permission slips for next term’s English theatre workshop do so before the end of term. There have also been a fair few overdue library book notices floating around this week, so do please make sure any overdue books are returned to the library before the break.

We are really looking forward to having a happy, enjoyable final few days at School next week – with the highlight for many, of course, being the trip to watch the 1st XI football team compete in the ESFA final! This is a superb achievement for the team and it is lovely that so many of the First Year boys are keen to go and support Hampton as they battle it out against Repton. For those boys who are not attending, it will be a quieter day at School but will be as productive and enjoyable as ever, of course!