Happy New Year everyone! We started the first full week back of 2019 with some self-reflection on last term (in particular feedback from reports) in PSHE on Monday. The Tutor team has reported back that the Third Years appear bright-eyed and bushy-tailed, and ready for another action packed term.

Thursday’s PSHE session saw the start of the next topic on exploring and understanding the careers and job options our boys will face in this modern day and age. 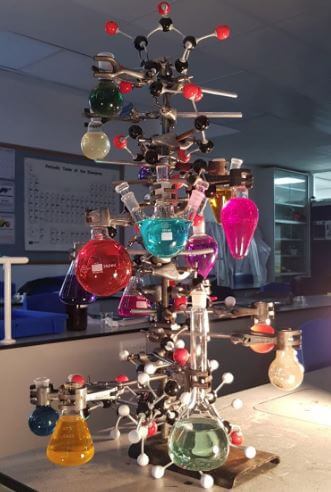 Boys in the First, Second and Third Years are invited to participate in the School Science Fair. Competitors may work individually or in teams on a Science Project of their choice. Competitors will present their experiment and/or findings at the Science Fair during lunch time on Tuesday 26 March. Entry forms are available from the Physics Department. Entries to be handed to Mrs. White in the Physics Department by Friday 1 February.

We will be starting an Internal Football league for the U14 DEFG teams – La Liga! This will start in a couple of weeks- updates to follow…..

Applications are welcome from all aspiring Third Year comedians. Please hand in your joke to Miss Smith or Mr Rigby in the HoY office.

The U14A rugby team returned from the Christmas holidays to face Tiffin School at home. We were strong in the first half, and went into half-time with a comfortable lead. In the second half we continued to play to our strengths but a lapse in concentration allowed Tiffin to score a couple of tries. This match allowed Gus C to showcase his pace out on the wing. There were strong darting runs from Charlie U and Nico L through the middle of the Tiffin defence resulting in some great tries. Followed up by accurate conversions from Zack G. As a team we kept up the pressure right until the final whistle winning 54-12. We are looking ahead to Saturday’s match against Warwick. Cameron H

The U14 Bs failed to shake off their Christmas rust in time and fell 24-0 to a strong Tiffin School side. As ever, we fought hard physically and made problems for Tiffin at the breakdown, with captain Steve L and his fellow front-row Nick A making some crucial turnovers. But we gave them too many chances by missing tackles and not keeping our width or depth to threaten them in attack.

After a long Christmas break, the U14C team were ready for action once again, and this time it would be a trip to Dulwich. After warming up, we concluded that the pitch was uneven and would be something to consider. After a first half of fair contest, the scores were level at 1 – 1. We returned after the break, and unfortunately suffered an own goal. Things were looking tough as Dulwich began to dominate, and the clock was ever counting down. All of a sudden we managed to find our rhythm and scored 3 goals in the space of approximately 10 minutes, with C Dodhia scoring just moments after being substituted on. A well deserved win in the end for Hampton. Ollie L

Every year, the Third Year compete in a wide range of events in the Inter-form Competition. The Wills’ Cup, donated by two long serving members of the Pastoral Team, is awarded at Prizegiving to the Form which amasses the most amount of points in competitions running throughout the School Year, which range from a variety of sports to activities such as Chess and a Quiz.