To mark the 70th anniversary of the Convention on the Prevention and Punishment of the Crime of Genocide, Hamptonians from across the year groups have written and published a newspaper entitled Genocide Know More, in collaboration with partnership schools:Turing House School, Hampton High, Orleans Park School, Reach Academy, Tolworth Girls School, Pimlico Academy and Newport Girls’ School

There has been a phenomenal national and international response to the publication from politicians, dignitaries and campaign groups.

Baroness Ruth Deech, an academic and member of the House of Lords, wrote to the boys:

This is the most moving and impressive account I have seen of the meaning, causes and effects of genocide. Congratulations to Hampton School pupils for their work, which I will treasure. I hope that some of you will become lawyers and fight for freedom; and that all of you will carry throughout your lives the memory of what you learned and your determination to make the world a better and kinder place.

Hampton welcomed Sir Vince Cable, Leader of the Liberal Democrats, to the School this week to meet the Genocide80Twenty group. He spent time looking through the newspaper with them and congratulated them on their hard work and determination. 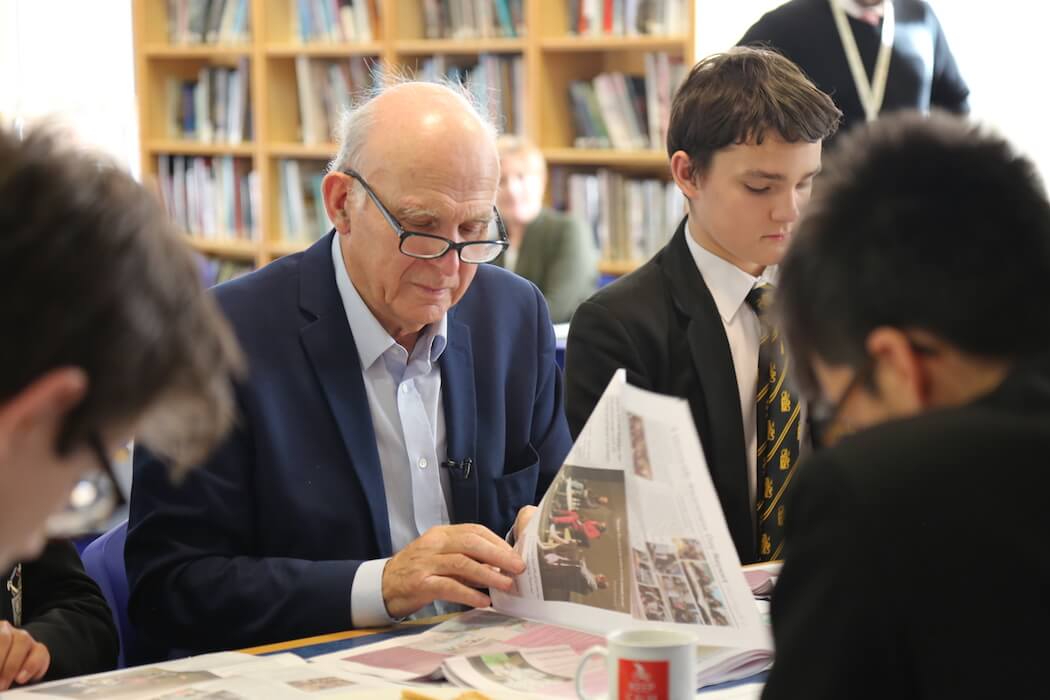 Others who have also added their support include: Adam Dieng, the UN Secretary-General’s Special Adviser for the Prevention of Genocide; Simon Adams (Global Centre for the Responsibility to Protect);  historians, Niall Ferguson, Dan Snow and Greg Jenner and the UK’s Ambassador to Bosnia-Herzegovina, Matt Field.