Hamptonians and their families are celebrating another impressive set of A Level and Pre-U results. Over 30% of all exam grades achieved by 2018 leavers were at A* compared with a national average of 8%. 90% of grades were at A*, A or B, confirming Hampton’s place among the country’s highest achieving schools academically. 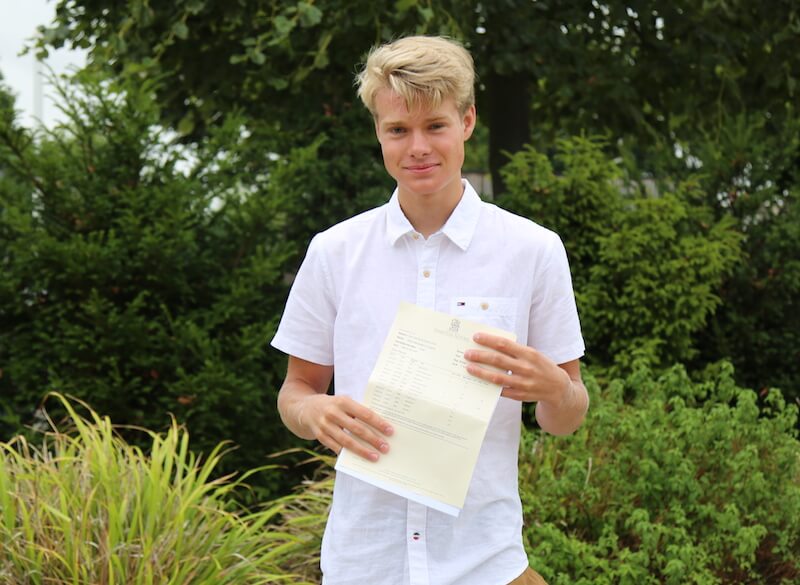 Fourteen Hamptonians achieved a clean sweep of four A* grades and a further 16 boys each secured three A* grades.

School Captain and 1st VIII rower, Harry O’Loughlin recorded the top grade in all his subjects and is one of three Hampton pupils who will be studying Engineering at Cambridge. Harry, who also completed his Gold Duke of Edinburgh’s Award this week, explained that it has been an exciting few days:

After finishing off my DofE expedition and waking up to such good news this morning, it has been a great week to top off a fantastic two years.

Joining Harry at Cambridge is one of his crewmates, 1st VIII cox Charlie Marcus, while 2nd VIII cox Joe Gellett is heading to Oxford to study Chemistry.

Another Hampton engineer, Gareth Littlewood, will be taking up an exciting degree apprenticeship at Jaguar Land Rover in partnership with Warwick University. 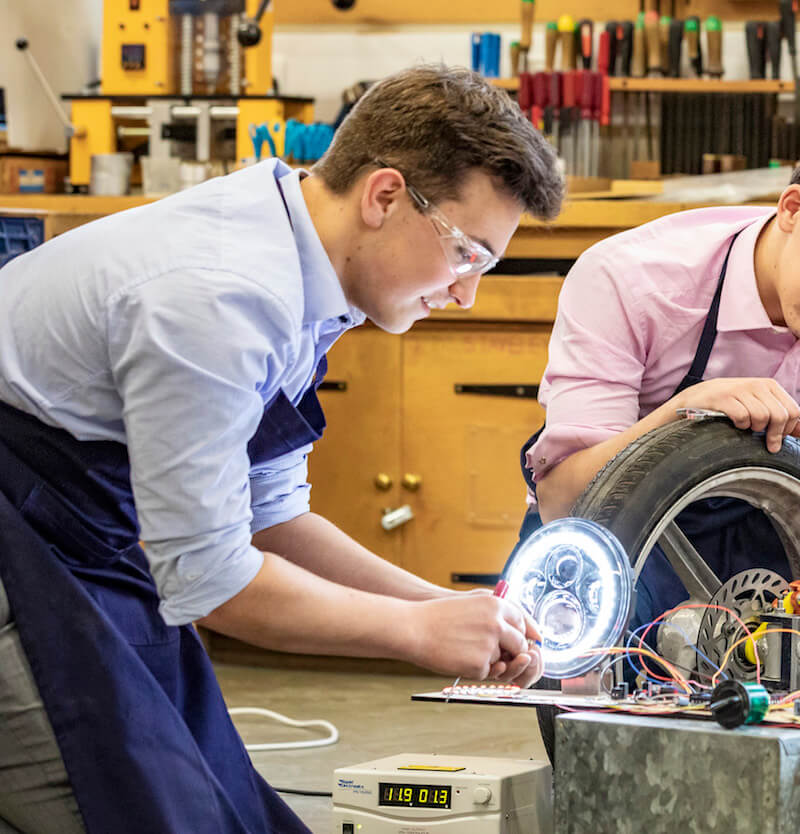 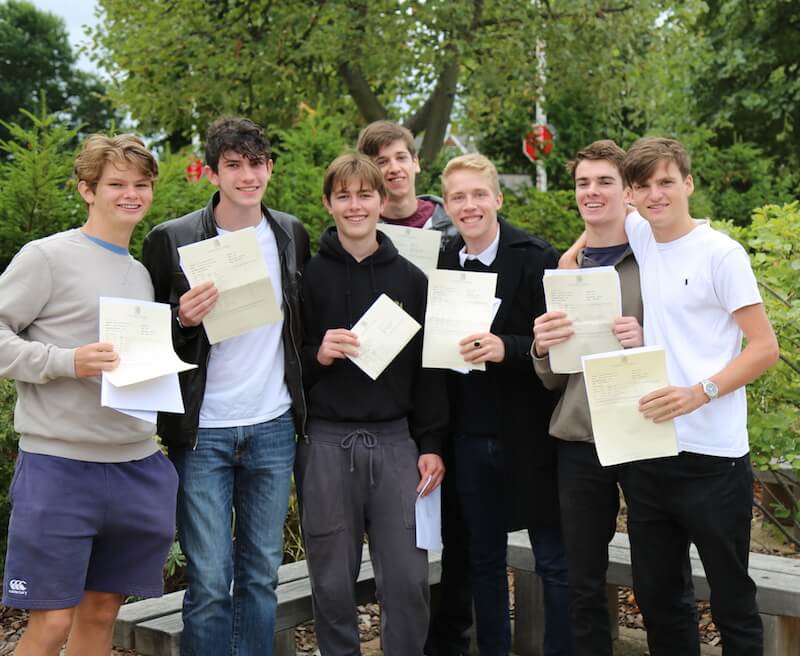 Academy of Music while fellow leading musician, Owain Bates, one of seven Hampton medics, heads to Cambridge after achieving a full house of A* grades.

Among our talented Upper Sixth dramatists, Sam Ernest, also a key member of the 1st XI football squad, chalked up 4 A* grades and Jonny Fryer recorded 3 A*s.  Fellow thespian Will Priddis will be following a creative career path – an increasingly attractive choice for Hamptonians – by studying Film at Bournemouth University where he will be joined by Tom Flintham who will be reading Film and Television.

Fourteen Hamptonians will read for science degrees including Sam Reynolds, who was recognised as one of the country’s top chemists in the 2017 Cambridge Chemistry Challenge. Sam recorded 4A* grades and takes up his place 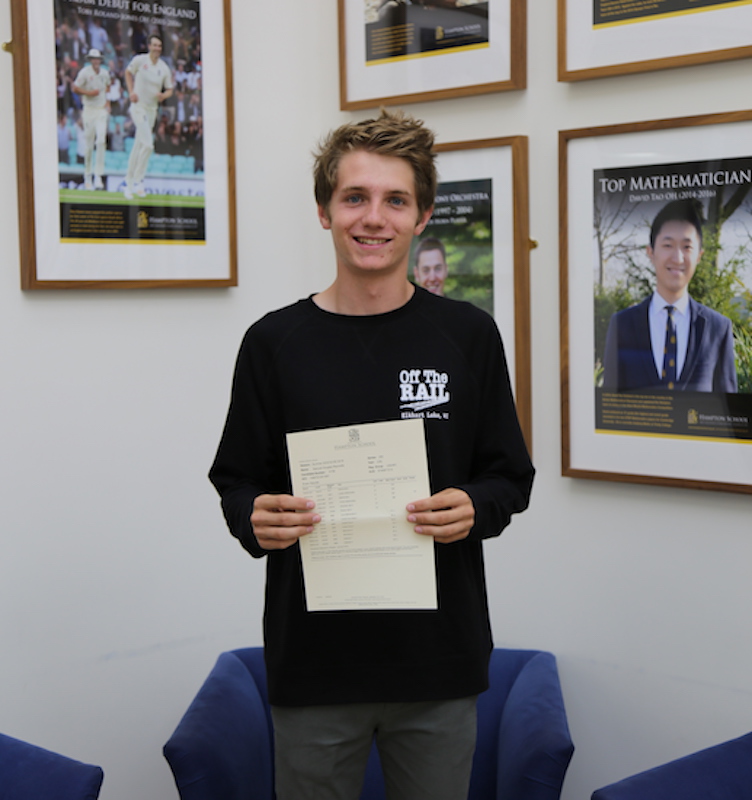 at Cambridge to read Natural Sciences.

A number of Hamptonians are heading to study in the USA this year, including top rugby player Shane Barry who is in the running for the 2018 US Youth Olympic Team.

Shane will study at UCLA along with James Logue. Max Karp has a place at the University of Colorado, while Oscar Jameson has secured a varsity swimming scholarship at University of California, Santa Barbara.

A great deal of hard work has been rewarded with these excellent A Level and Pre-U results. Hamptonians are certainly rising to the challenges and rigour of the increasing number of linear Sixth Form courses. It is also hugely pleasing that our boys’ have fulfilled their academic ambitions in parallel with forming lifelong Hampton friendships and achieving admirable success across the full range of sporting, cultural and local partnership activities. Whatever their chosen route might be, these impressive young men have the platform to pursue their personal dreams and we wish them every happiness as they do so. We can look forward with confidence to the positive influence our 2018 leavers will have upon those around them. Good luck and stay in touch, boys!

Images from the day