Sixth Former Eitan Orenstein has played football from the U12As to the 1st XI.

However, in Fifth Year  Eitan tore his anterior cruicate ligament (ACL) and was unable to play for the rest of the season. As an U16, Eitan had played a couple of games for the 1st XI, so was understandably devastated to be injured.

Following a successful operation and months of recovery, Eitan was able to return to the sport he loved. He began training again, but something didn’t feel right and he went to get it checked out, this time it was his other knee. As it turned out, he had damaged his other ACL and is set to miss most of his final football season at Hampton

On hearing the sad news, his school friends took it upon themselves to try and cheer him up. They couldn’t have come up with a better idea. 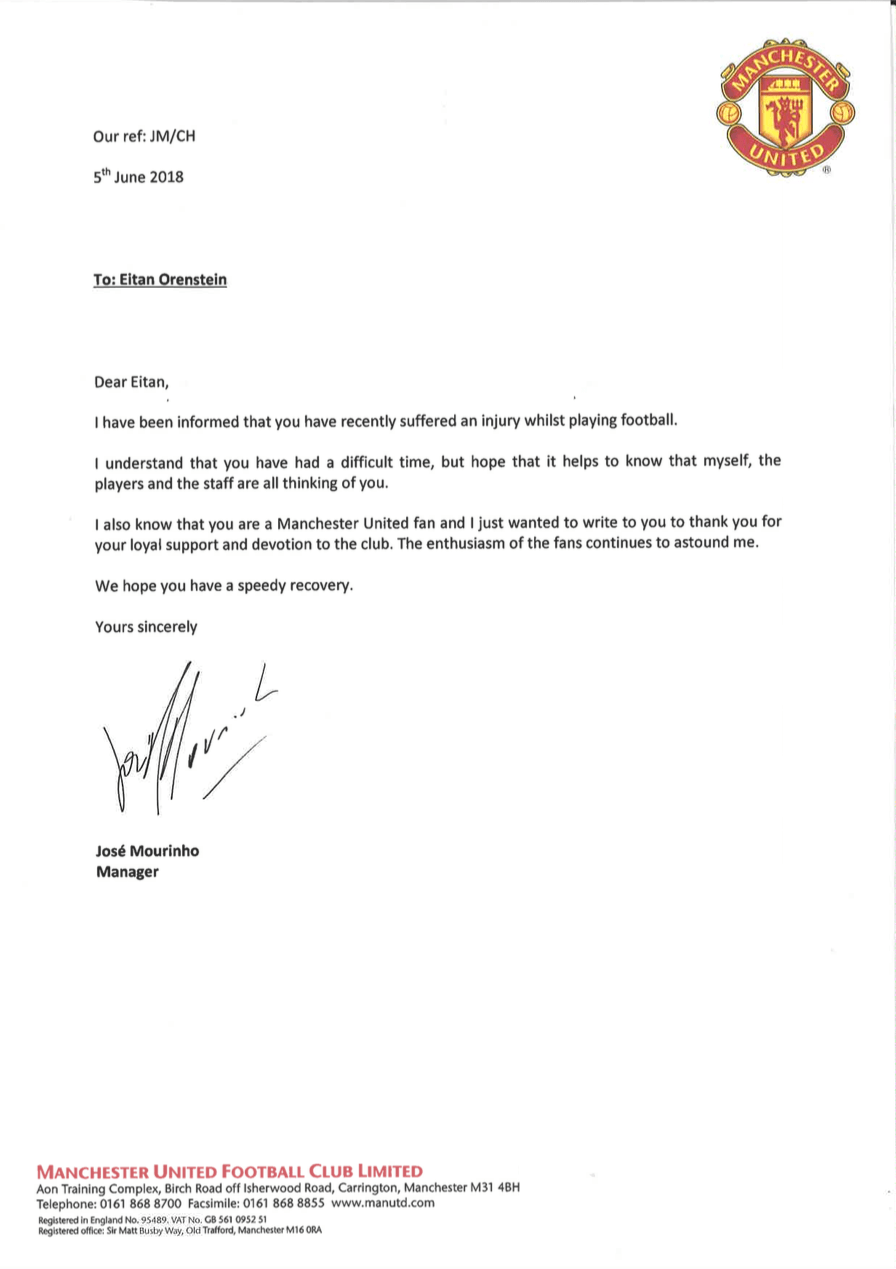 The letter from Jose Mourinho

After contacting some of Eitan’s footballing idols, they were wowed by the response. Lucas Boyle received a letter from the Manchester United Manager Jose Mourinho, wishing Eitan the best for his recovery, and Louis Rhodes secured a video message from Manchester United and England legend, Wayne Rooney.

Here is the video from Wayne Rooney and a video of Eitan reacting to it:

The boys arranged to present the video and letter to Eitan during a breaktime and it is safe to say he was overwhelmed with joy:

It was a huge shock having something you love taken away from you, but I am really lucky to have such caring friends who look out for me. The video and letter were really special and it’s something I will never forget. I am gutted not to be playing football, but I wish the 1st XI all the best for the season.