Not surprisingly, football fever has gripped Hampton of late. England are winning and some of the favourites are struggling in the World Cup. Remember how good this feels in a few weeks’ time.

We thought we would celebrate all things team sport by holding a “team colours” day in which boys across the School have been invited to donate £2 to Form Charity for the privilege of wearing their favourite team’s colours – any sport (within reason) allowed.

Despite Aston Villa’s impending demise into financial ruin having failed to gain promotion back to the Premier League at the second attempt, it is good to see that Mr Odling is still showing his support for the beleaguered West Midlands club.

Jai Saha, Vathshan Ramanakanthan, Freddie Hawkins, Jude Glasson, Sandy Mitchel, Xavier Murtagh and Finlo Cowley launched their social enterprise today. They will spend the next two weeks selling copies of Jai’s Art Book for 5-7 year olds. Originally designed to get young boys more interested in Art, Jai responded to consumer feedback by also producing a gender-neutral version. Copies are available to order for £5. Please email t.rigby@hamptonschool.org.uk if you would like to order a copy (or multiple copies). All proceeds will be donated to Form Charity.

20 Boys in Third Year completed a Hampton Extended Learning Project (HELP). Mr Wilkinson wishes to congratulate them all on their independent academic endeavours and, in particular, the 11 boys who achieved a grade one for their work.

Seven boys did such outstanding work that they will receive a prize from Mr Wilkinson. They are Samaksh Agarwal, Jonah Blake, Fergus MacEacharn, Abhinand Sundaram, Rizwan Hatimi, Nayaaz Hashim, and Alex Mehta.

All 20 boys can now collect their projects from Mr Wilkinson’s office (in the RS tower). They can then make an appointment to show the project to Mr Knibbs if they wish. 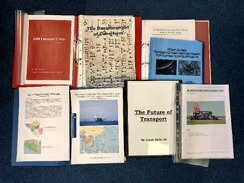 Huge congratulations to all the Third Year boys who participated in the Arts Award Leadership Days for visiting prep school students this week, leading workshops on a very wide range of diverse creative skills, including: photography, illustration, music, design, computing, stencilling, creative writing and pantomime set design. The prep school pupils were very inspired and impressed by all your hard work. We wish all the boys working on their Arts Awards good luck for the completion of their projects next week!

Last Saturday, the U14A Cricket team secured a dominant victory over St Paul’s. Good innings from Sandy M (47) and Arjun B (38), with other important contributions from Samaksh A (21) and Max L (18) propelled Hampton to 178 in 30. After some good ground fielding to secure a couple of run outs, three wickets apiece for Jude G and Arjun B meant St Paul’s struggled and only managed 122. Our Middlesex Cup match against Harrow was always going to be a lot tougher. We started strongly, with three wickets for Mustafa H and two for Olly C meant Harrow could only reach 155. Despite this, luck was not on our side, and tight, accurate bowling saw us bowled out for 86. Ollie Stokes showed good determination and grit to score 48, but, ultimately, it was not enough to beat a very strong team. We are looking forward to our final two games of the season, and are keen to end on a high.

With very few participants last Saturday, the competition is wide open. Will one Form turn up en-masse and take the win?