It has been a busy week for the First Years – there have been trips, plenty of sport and a charity Fun Run and the boys have thrown themselves into all activities wholeheartedly, as ever. The sun has meant that free time has been spent out on the fields and they certainly seem to be making the most of their last couple of weeks in First Year!

A particular highlight of the week was the Biology trip to Marwell Zoo. It sounds like everyone had a brilliant day out, seeing lots of different animals and enjoying the sunshine. As Adam J told me:

“The trip to Marwell Zoo began with us visiting the sea otter enclosure which was a highlight to the trip due to the basement area which had windows to view the otters while they were swimming.  Another significant animal we saw was the tiger, followed by the Amur leopard where the amazing animals were sleeping below different logs. Also, we had the privilege of seeing an ostrich without it running away which gave us a chance to take pictures. As well as seeing well-known large animals (such as giraffes, zebras and rhinos) we also saw animals like lemurs and meerkats. My favourite part of the trip was when we saw the monkeys performing acrobatic movements such as swinging and jumping around branches. After this, we were given a talk by a member of the Marwell Wildlife staff about why we should protect species and how they can be threatened or helped. Following this, the trip ended with us seeing a hippo and then the endangered snow leopard which was a wonderful sight to see. It was a very fun-filled trip.” 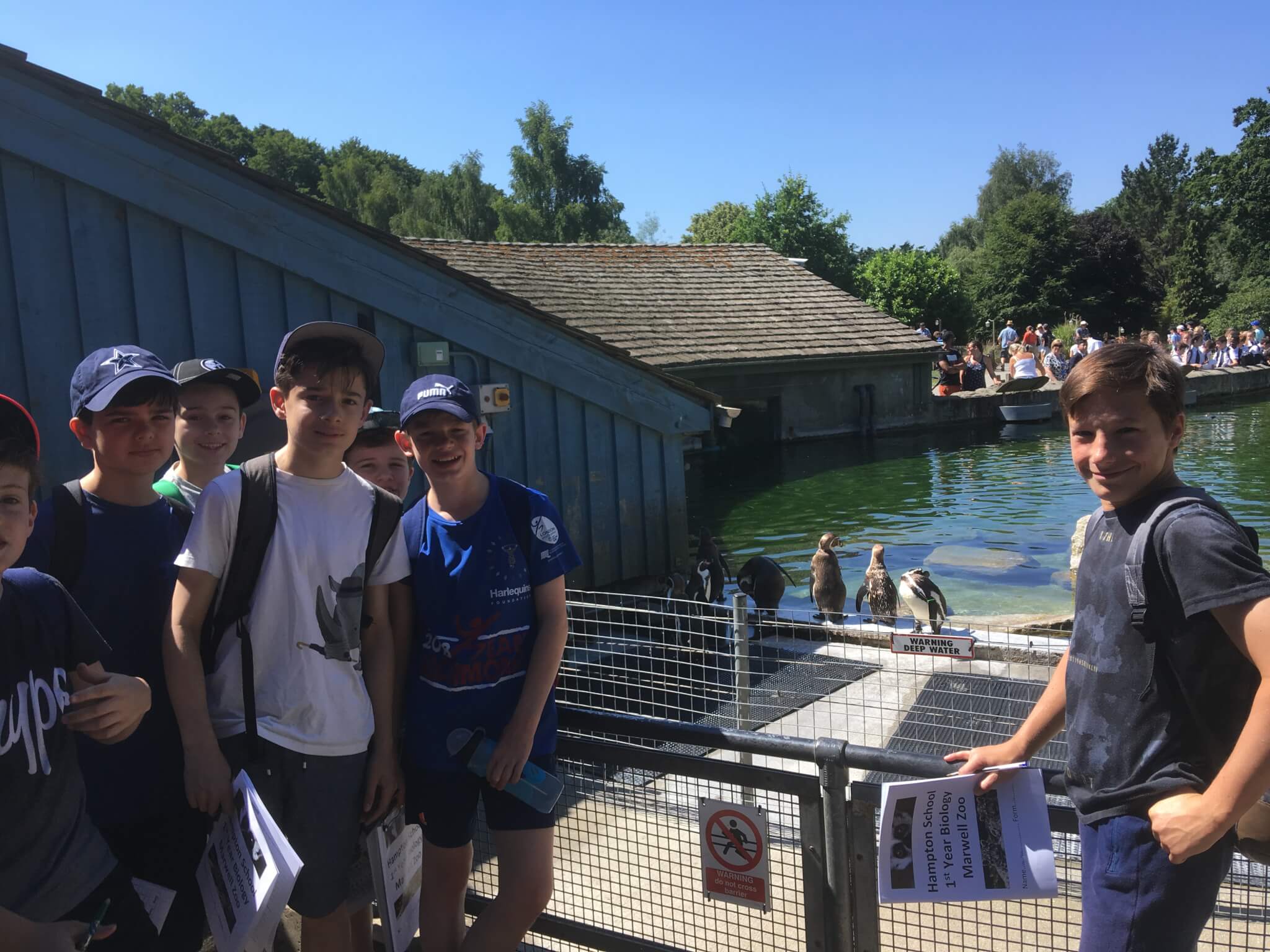 It also sounded like 1B and 1H had a brilliant day in France, enjoying some sunshine and fun activities in Berck-sur-mer.

Another highlight of the week was seeing a number of the First Year boys getting involved with the Summer Show: The Ramayana. Naavya S, Adam S, Aryan M and Felix D all performed brilliantly and it sounded like they had great fun performing the show. Some First Year boys also produced fantastic work for the associated exhibition which was displayed in the foyer during the show. Ishaan D produced a wonderful picture which was used for the front of the programme and Aran T-M, Finlay W and Leo Z made a brilliant pop-up poster storybook.

As I write, the boys have just finished the Form Charity Fun Run around the School fields and it has been great to see them entering into the spirit of the event. There were some excellent costumes and a great effort on the run itself. It was lovely to see the Forms uniting and everyone seemed to enjoy themselves in the sun.

And so it is that we look towards next week – the boys’ final week in First Year! It is hard to believe that the end of the year is already here. It will be another busy one with Founders’ Day, Lower School Evening and various end of term events and we hope the boys enjoy it and behave in their usual positive manner.