The U13s were looking to become the first Hampton tennis team to achieve consecutive Surrey League victories. Before any thoughts of winning a final, the side needed to overcome a stubborn and resilient Grey Court School who gave it their all for each point. Despite a difficult start, the match was won by seven sets to two. 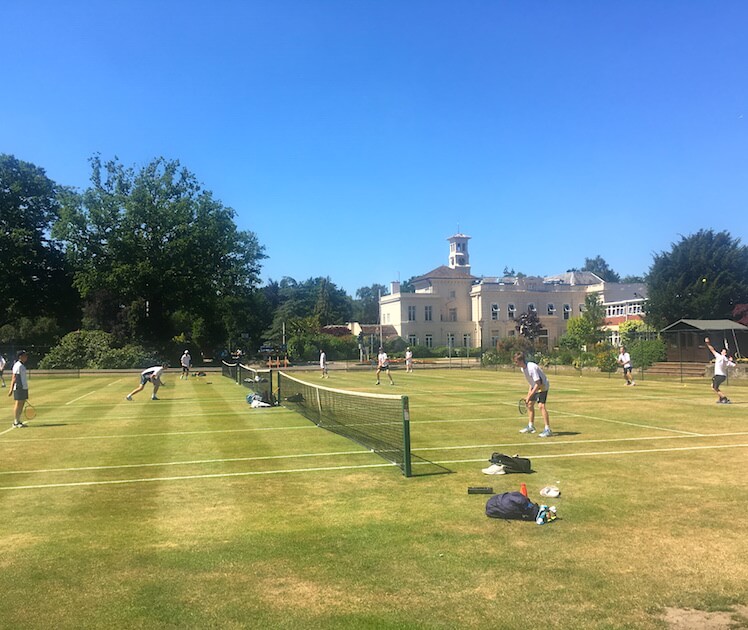 With St George’s College overcoming the same opposition, the prospect of a rematch from last year’s final loomed. With a completely new-look pairing for the final, both sides played some of the best tennis of the day in a nail-biting final round, with Hampton eventually emerging victorious by five points to four. The victory owed a great deal to the excellent determination and mentality of the Second Year Tennis Team, with the route to the final involving even more than the seven boys on the day. Dominik Hagmann, Theo Mantell-Cooper, Ollie Drew, Henri Beauvilain, Nizar Al-Milli, William Heyes and Conor McNeany performed brilliantly on the day and are already looking forward to next year’s defence of the title!