Top Physics Mark in the UK

Top Physics Mark in the UK 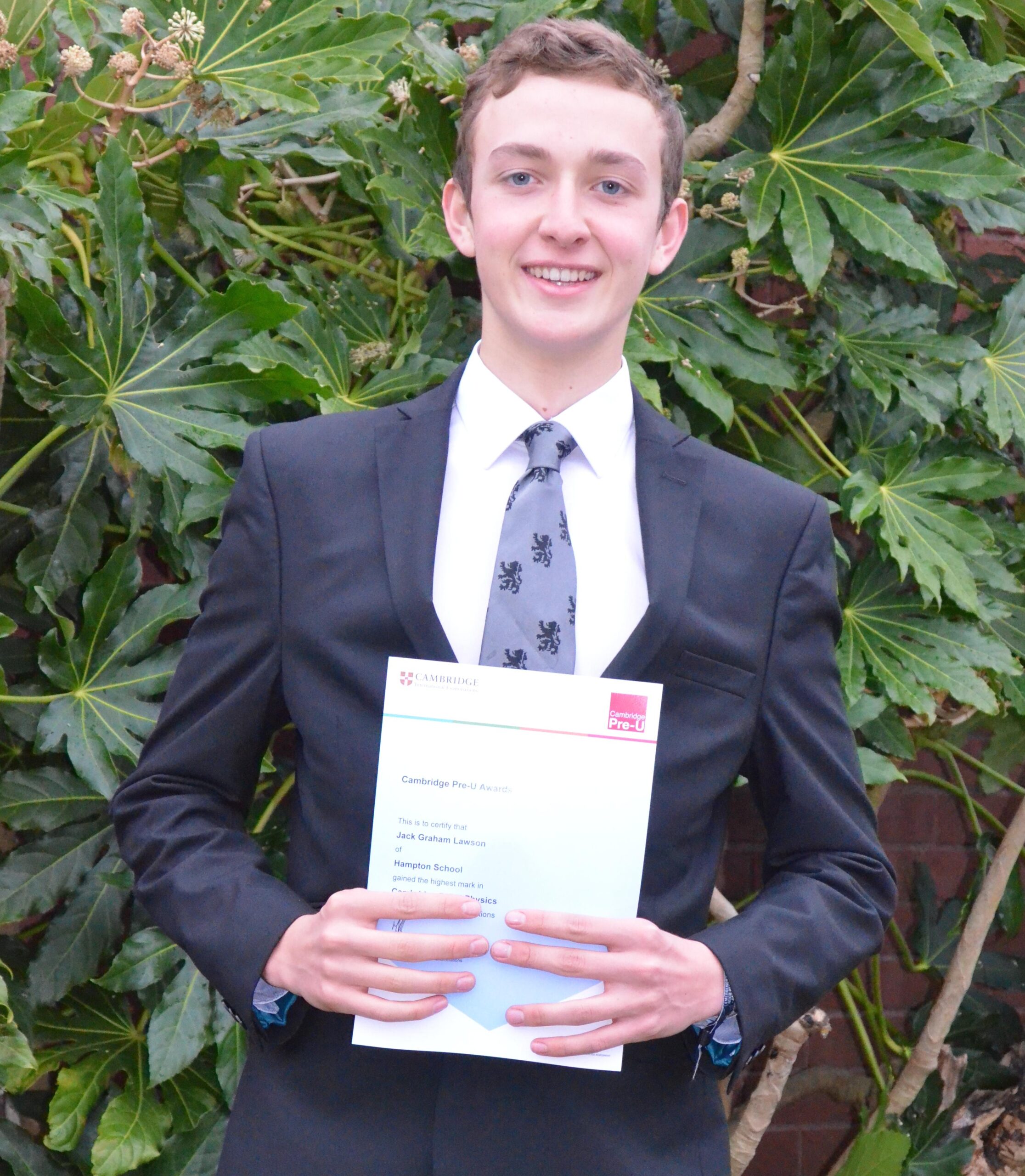 Jack Lawson has achieved the highest mark in the country in the challenging Cambridge Pre-U Physics examination.

Jack, who left Hampton this year after attaining a D1 in his Physics Pre-U examination and A* grades in his Maths, Further Maths and Chemistry A Levels, is now studying Natural Sciences at Cambridge University.

He says the news about his Physics grade took him by surprise:

“I had no idea that I had done so well and was absolutely delighted when I heard the news from the Hampton Physics Department. I hope to focus on scientific research in the future and this result has provided a boost to my confidence in my chosen subject area.”

Writing to congratulate Jack on his remarkable achievement, Michael O’Sullivan, the Chief Executive of the Cambridge International Examinations board, said:

Topping the list of candidates in a Cambridge Pre-U subject is a performance of the very highest calibre. You have shown us truly outstanding ability.

Jack is now the second Hamptonian to achieve the top Pre-U Physics grade, following in the footsteps of Alasdair McNab who scored the top mark in 2013. Head of Physics, Mr Mark Yates, congratulated him on his success:

This outstanding achievement is a testament to Jack’s hard work and determination to succeed in a challenging qualification that requires both mathematical skills and a deep understanding of the underlying physics.