There have been well-deserved celebrations at Hampton School as excellent A Level and Pre-U results were confirmed for the School’s 2016 leavers. For the seventh successive year, over 90% of A Level grades awarded to Hamptonians were at A*, A or B. 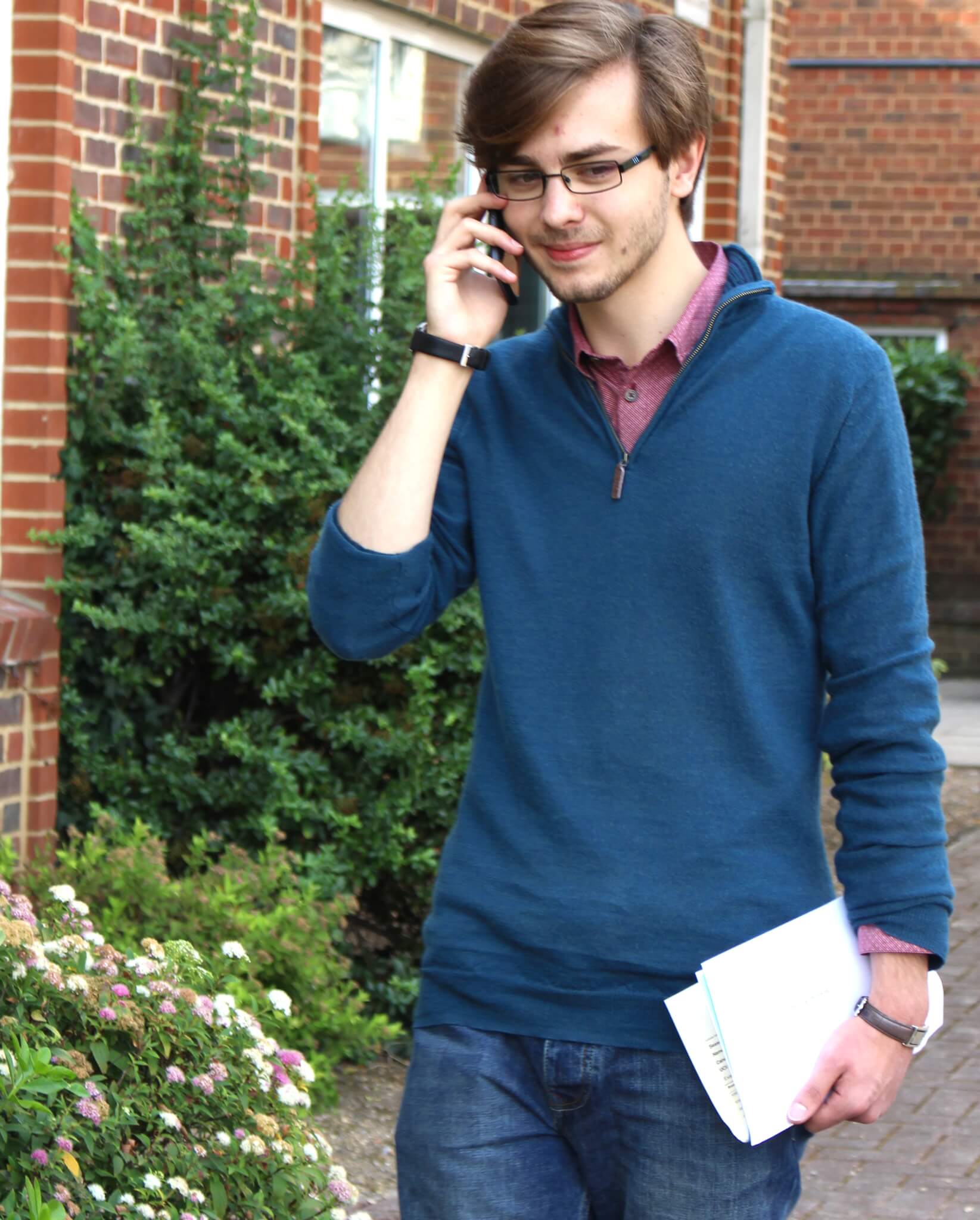 Hampton boys achieved a superb total of 201 A* grades between them, representing 30% of the total grades awarded at the School compared with 8.1% overall nationally.

11 Hamptonians secured 4 A* grades, with a further 17 boys achieving 3 A* grades.

One boy who has overcome more than most to achieve his great results is Matthew Cunningham, who joined Hampton for the Sixth Form. Matthew was born with a congenital heart defect and in effect only has half a heart. Although he suffers from bouts of extreme tiredness he has not let this hinder his progress and today learned that he had achieved 4A* grades. Matthew now heads to Exeter University to study Maths and Physics and is delighted with his results:

This was a bit unexpected but it is a great feeling and I am so pleased. My condition has not stopped me achieving my goal and in fact it has spurred me on in many ways and given me the drive to prove myself. 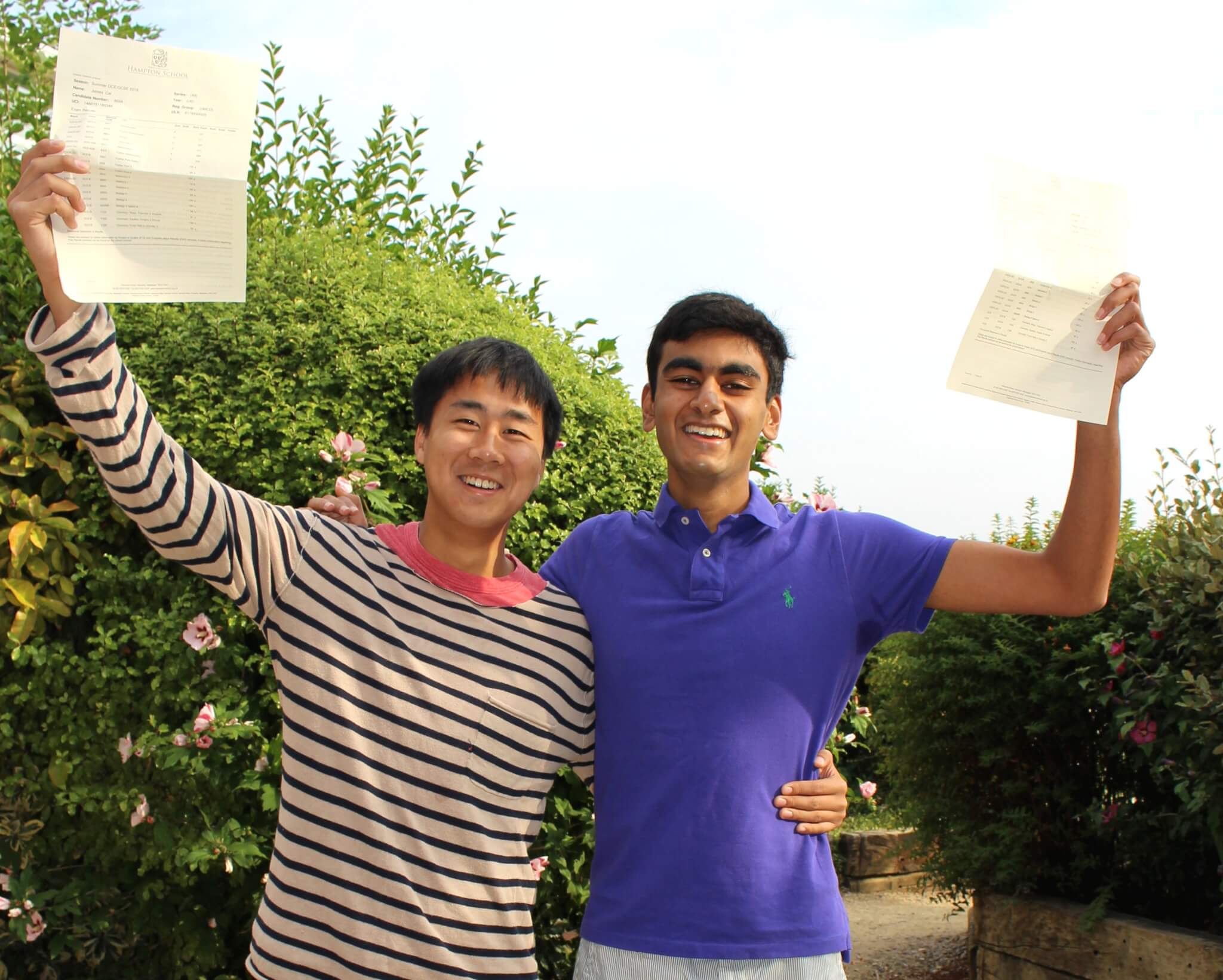 Two future medics, James Cai and Srinand Sundaram, were also elated today after achieving another ‘perfect’ set of public examination results. The boys scored A*s in all their GCSE exams and today earned A*s across the board in their A Levels. Also talented musicians (James is a grade 8 pianist and has a diploma in clarinet, and Srinand has grade 8 in both violin and piano), they returned from the Edinburgh Fringe last night, where they have been performing with Hampton’s male voice choir Voices of Lions. The crop of A*s has secured places to read medicine – James at University College, London and Srinand at St Catharine’s College, Cambridge. James commented:

I am absolutely ecstatic with my results and would like to thank the School and all my teachers. I have worked very hard and it is great to get this reward. I am still on a high. 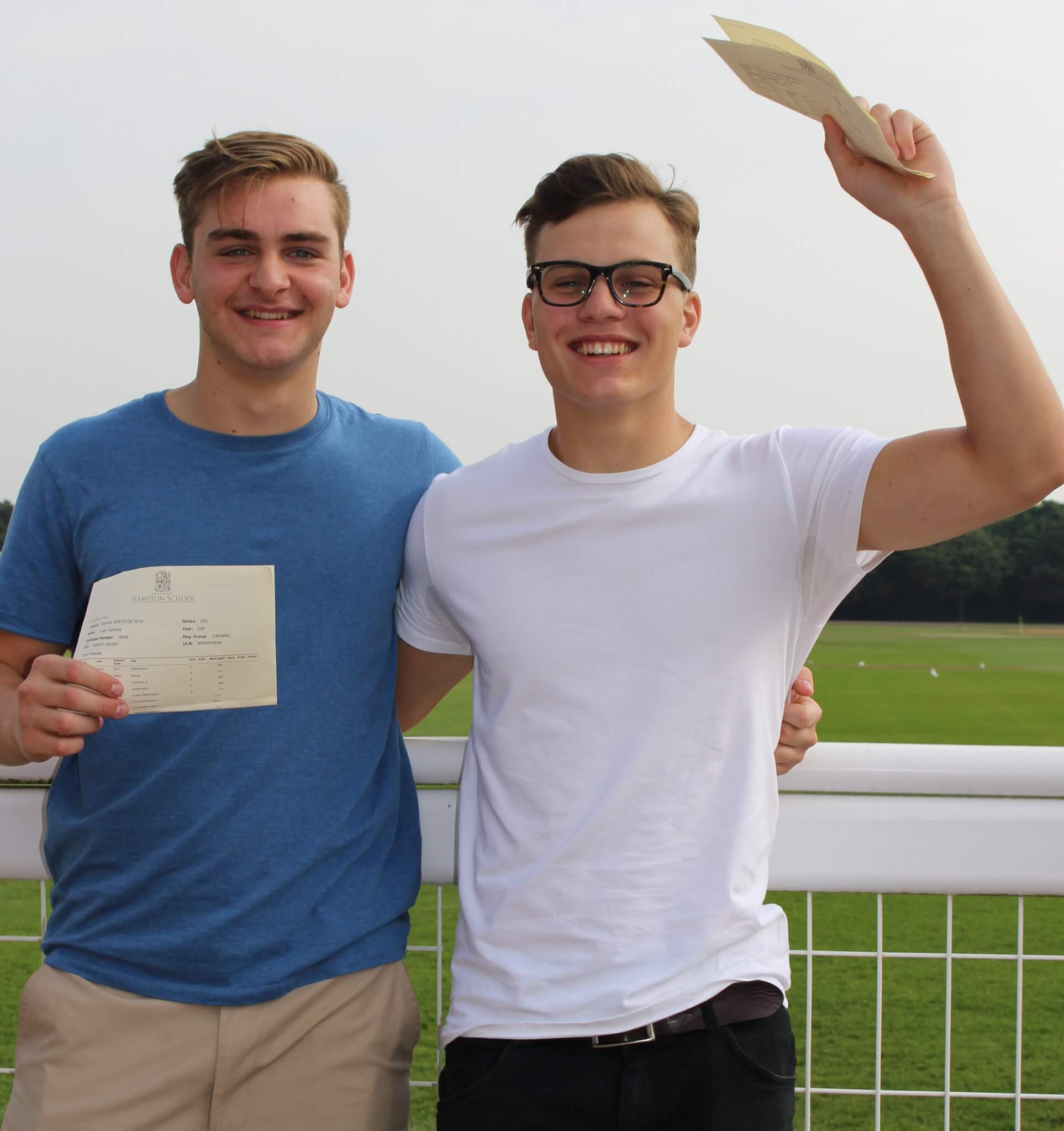 22 Hampton boys confirmed their Oxbridge places, including David Tao, who will be reading Maths at Trinity College, Cambridge after gaining 4 A* grades in his A Levels and a distinction in his Maths Advanced Extension Award. This is the culmination of an exceptional year for the gifted mathematician, who was placed in the top ten nationally in the UK Mathematics Olympiad and captained Hampton’s successful maths team to victory in the prestigious Hans Woyda competition.

There was also notable exam success for many of the School’s leading sportsmen. School Vice-Captain and former London Irish Academy rugby player, Luca Cericola, attained straight A grades and moves on to study Biochemistry at Bath University, with the long-term goal of becoming an RAF pilot. His fellow 1st XV stalwarts Conor Gilligan and Mike Woollatt also demonstrated their academic prowess by achieving four A*s and three A*s respectively. Conor will study Computing at Imperial College while Mike heads to Durham to read Engineering.

Overall, 91% of Hampton’s examination grades were at A*, A or B, confirming Hampton’s position as one of the country’s leading academic schools.

“The excellent A Level and Pre-U grades achieved by our 2016 leavers are just reward for their hard work in partnership with our exceptional subject teachers. It is especially praiseworthy that these young men have managed to combine such high grades with hugely impressive involvement and leadership across the full range of sporting, cultural and community service activities available at the School. Once again, our departing Hamptonians have secured public examination results in the top echelon while maintaining a healthy balance in their lives ‒ we wish all of them well in their future endeavours.”