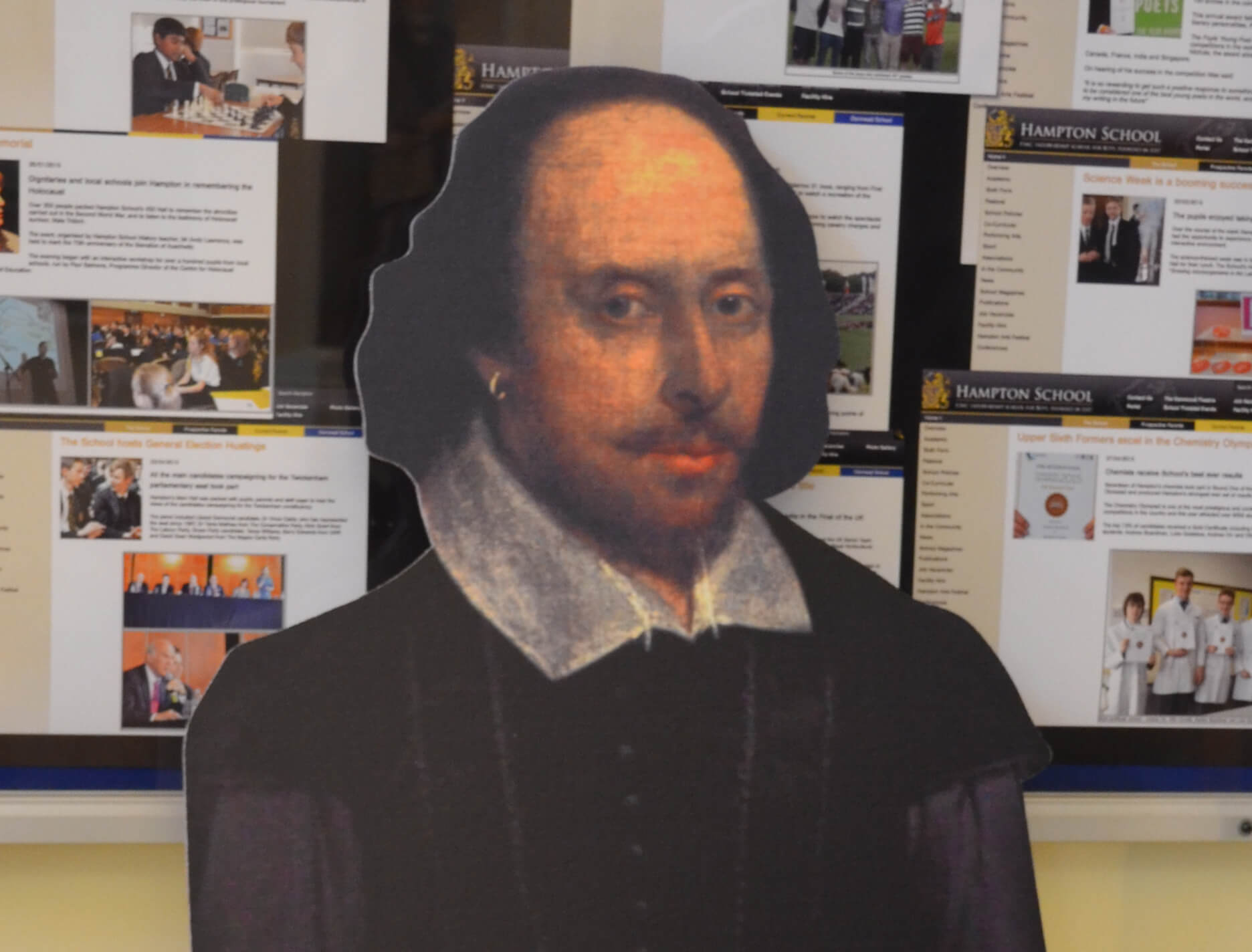 Loosely coinciding with the 400th anniversary of the poet’s death, the day began with a performance of a section of Macbeth. During assembly, Mr Payne played the eponymous villain with the part of Lady Macbeth portrayed by Miss Carmichael.

Watched over by several life-sized cardboard cutouts of the Bard, the School then launched into Shakespeare Day with a twist on the Elizabethan punishment of hurling rotten fruit and vegetables at criminals. Stocks were erected in the Hammond Quad and teacher volunteers were locked in them. Wet sponges were then thrown by the baying crowd of students, who showed little mercy in soaking their teachers.

Over lunch, a select few pupils treated diners to a flashmob-style performance of a Romeo and Juliet street fight. Montagues and Capulets carried out a well-choreographed brawl in the lunch hall as stunned pupils watched on. Staff did not attempt to break up the fight, but only because they had been warned beforehand.

Meanwhile, Debating Club discussed the merits of teaching Shakespeare in schools, whilst in the Cloisters boys had the opportunity to play ‘bowls with Bowles’. This was a variation of the French game Boules, played with Hampton’s Head of Maths Mr Bowles. Combining a centuries old game and a clever literary device was a great way to finish the Shakespeare 400 celebrations at Hampton.