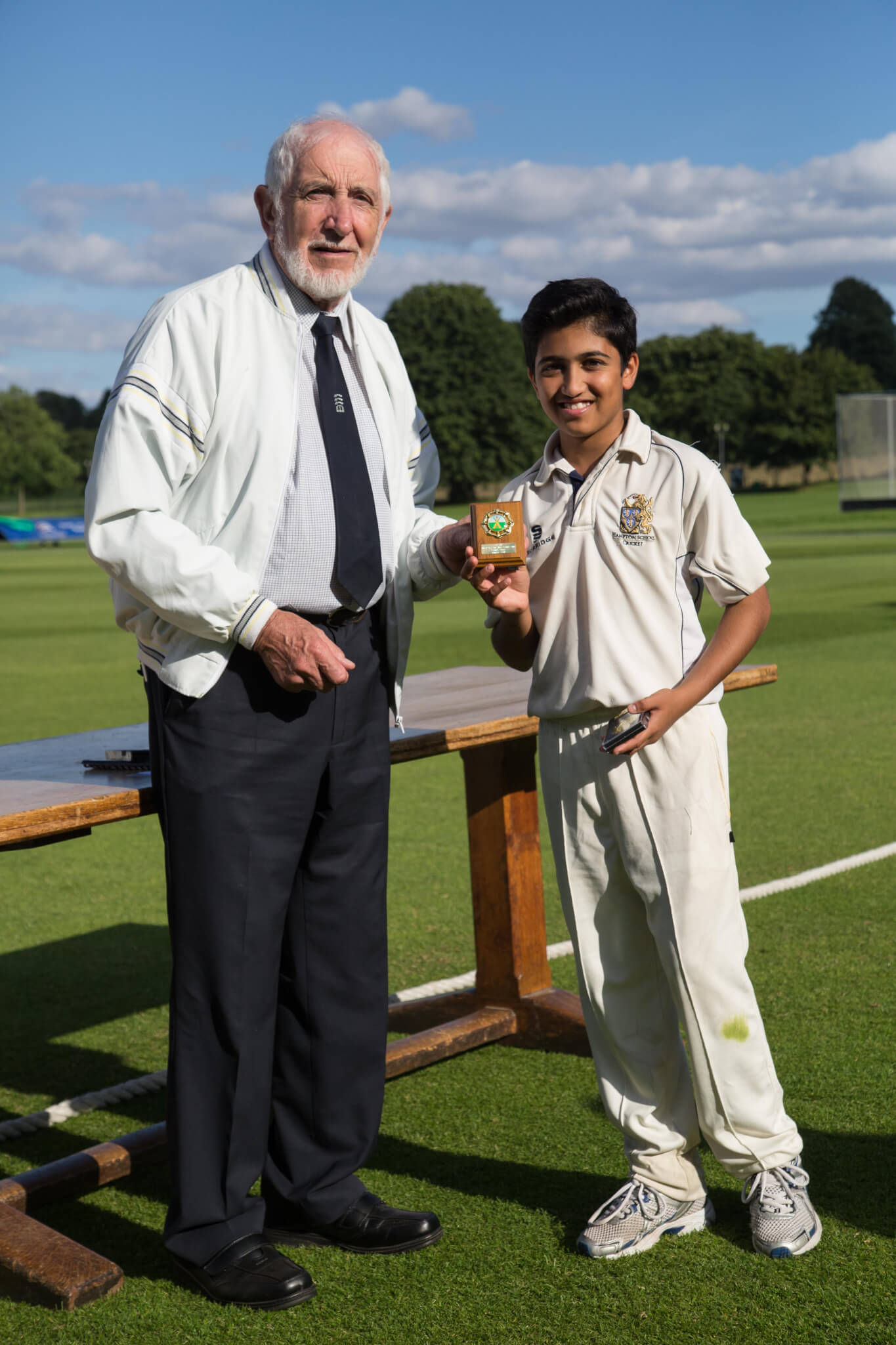 Hampton’s U14A side beat Merchant Taylors’ School by 100 runs to win the U14 ESCA Middlesex Cup. Hampton batted first, completing their 40 overs and scoring 200 for the loss of seven wickets. Top performers in the Hampton innings were Blake Cullen and Miles Patience, who scored an impressive 54 and 34 no respectively.

Hampton then had to defend their score against a strong Merchant Taylors’ team. The team bowled precisely to remove all the opposing batsmen for 100 runs, meaning they could not use their full allocation of overs. Thomas Miller finished on figures of 4 – 30 and Cullen also picked up a three-wicket haul with only 16 runs conceded. The highlight of Hampton’s defensive effort was a world-class catch from Louis Goodwin.

The match-winning wicket was taken by Dan Finlay, capping off a fantastic season for the team, which included an eight match winning-run over May and victories against Dulwich College, St Paul’s School and Reed’s School. Winning the Middlesex Cup means the team will now go on to represent the county side in the national championships next year.

The team’s coaches, Mr Rohit Trivedi and Mr Max Duda, praised them on their resolve after the victory:

“It was a great performance to beat a side of the calibre and reputation of Merchant Taylors’.  The boys definitely produced their best performance of the season and to do that when it matters in such a big game says a lot about their collective character.”