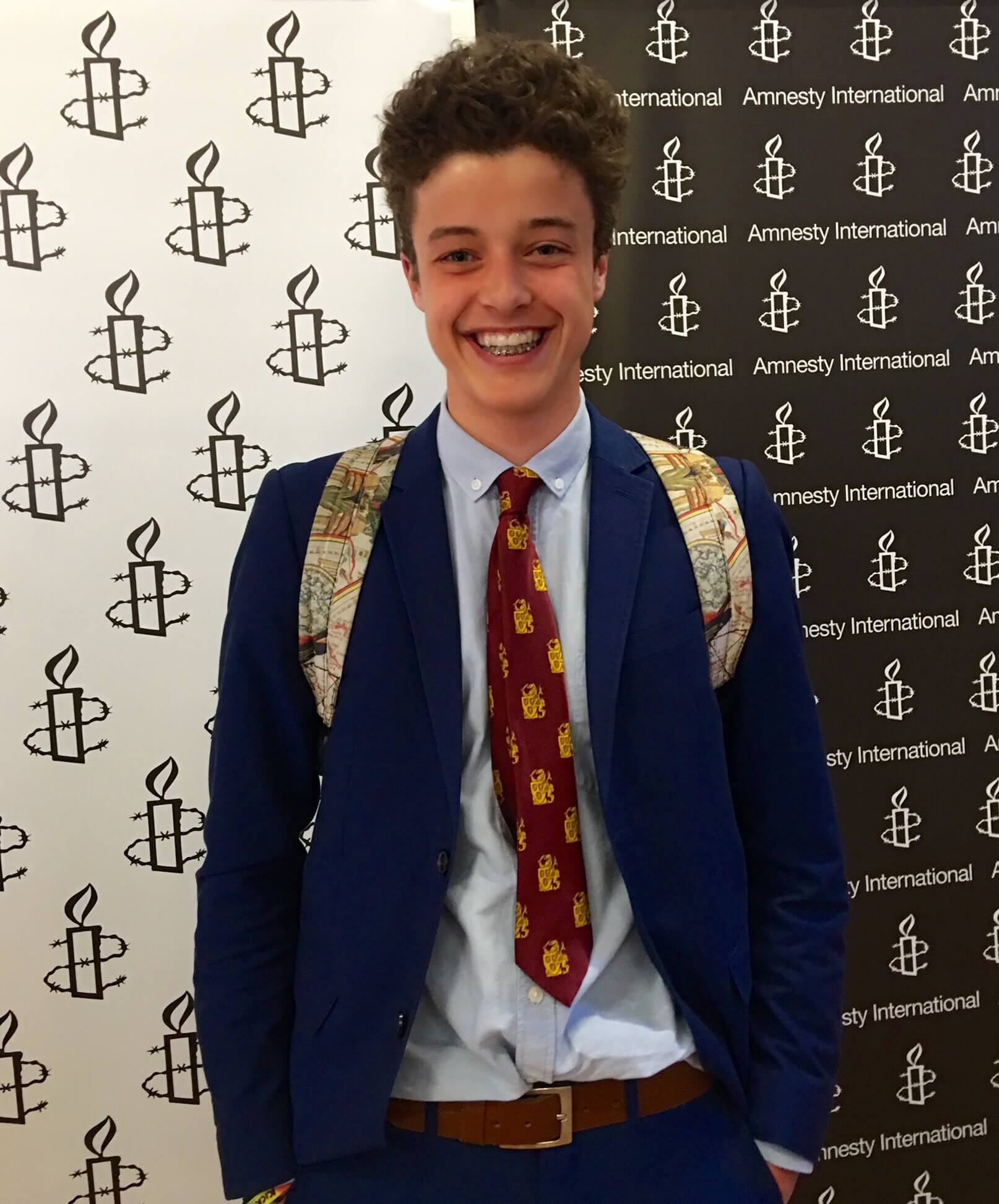 Lower Sixth pupil Lourenco Anunciacao was nominated for the Amnesty Youth awards for his article comparing his life to the life of a migrant living in the Calais ‘Jungle.’ Having visited the area with a photographer to take photos for work experience, he was inspired to write a piece about the plight of the migrants and submitted it to the Young Reporters Scheme at Hampton.

Lourenco then submitted his piece to the Amnesty Youth Awards, a competition run by Amnesty UK. The Amnesty Youth Awards are for school age pupils across the UK, where young people send in pieces of writing, music and poetry among other things – all linked to a human rights issue. Thousands of articles are submitted each year and Lourenco’s article was chosen in the final three of his category, with other entrants in the final including investigations of female genital mutilation and modern slavery. Rushing to London after his AS Russian oral exam, Lourenco attended the awards ceremony at Amnesty UK headquarters.

Although he was not chosen as this year’s winner, Lourenco was pleased to promote the issue with his work: 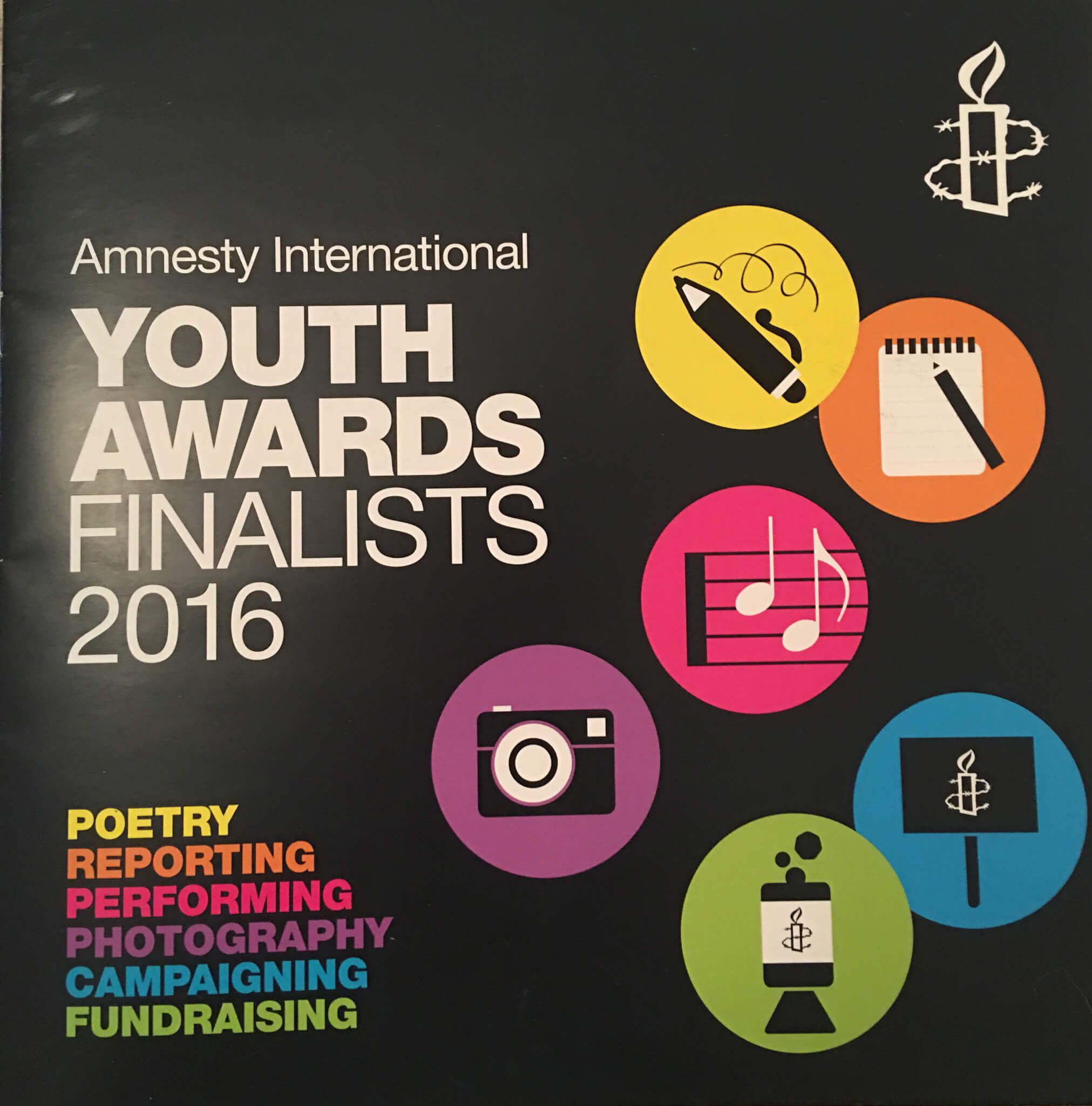 ‘When I went to Calais I just wanted to take photos but the migrants stranded there had such an impact on me that I felt I needed to compare my rather privileged life with their equally young lives full of hardship. I was very fortunate to be nominated for my category and to go to the awards, which were great fun, and it was great to be able to raise awareness for the issue with my article. We visited the Observer/Guardian Newspaper building before going to Amnesty’s offices in London for the ceremony and although unfortunately I didn’t win it was an incredible experience.’