Hampton’s Third and Fourth Year cricketers took part in an unforgettable Tour to the UAE, enjoying Cricket and culture over a week in the desert country 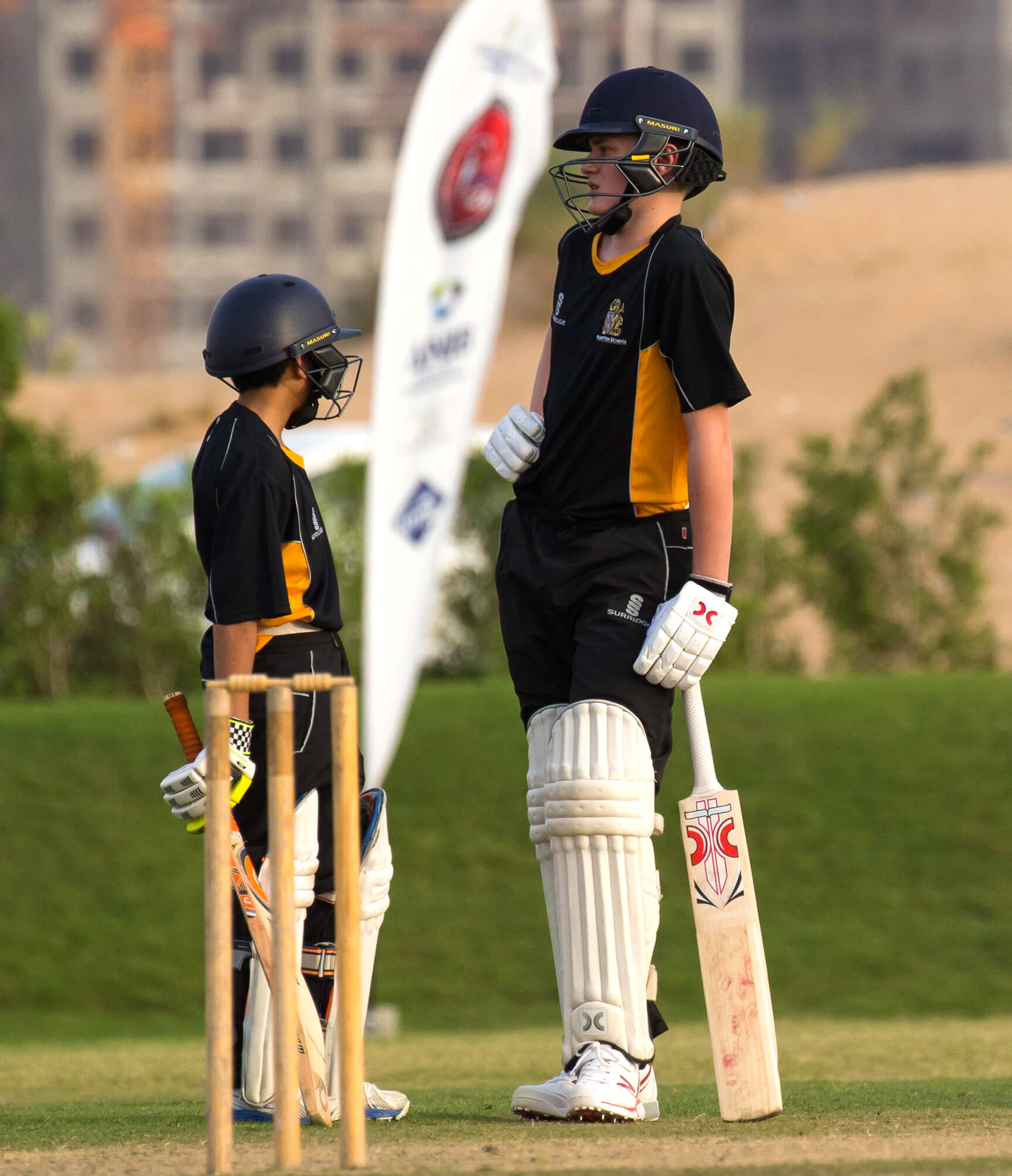 Leaving from Heathrow after weeks of training and pre-season work, the team of 15 arrived in Abu Dhabi along with their accompanying coaches and teachers.

The team took part in the hotly contested U15 Arch trophy. Hampton played four matches in the tournament beating Ipswich by 5 wickets and KES Birmingham by 93 runs, with Blake Cullen scoring an outstanding 119 off 102 balls.

In the third match Hampton lost to Zayed Academy from Dubai and then lost to St John’s in their last match. It was a tough tournament but the players acquitted themselves well in the hot and dry conditions. There are exciting times ahead for Hampton Cricket as the boys showed there is some great talent in this developing side.

Taking a break from matches, the boys got a chance to practice their bartering technique in the souk, now in Dubai Mall, and took a very interesting and informative trip to Sheikh Zayed Mosque in Abu Dhabi.

As a cool way to finish a great week before flying home, the tour group enjoyed cycling around the Yas Marina F1 Circuit in Abu Dhabi, albeit a little slower than Lewis Hamilton!