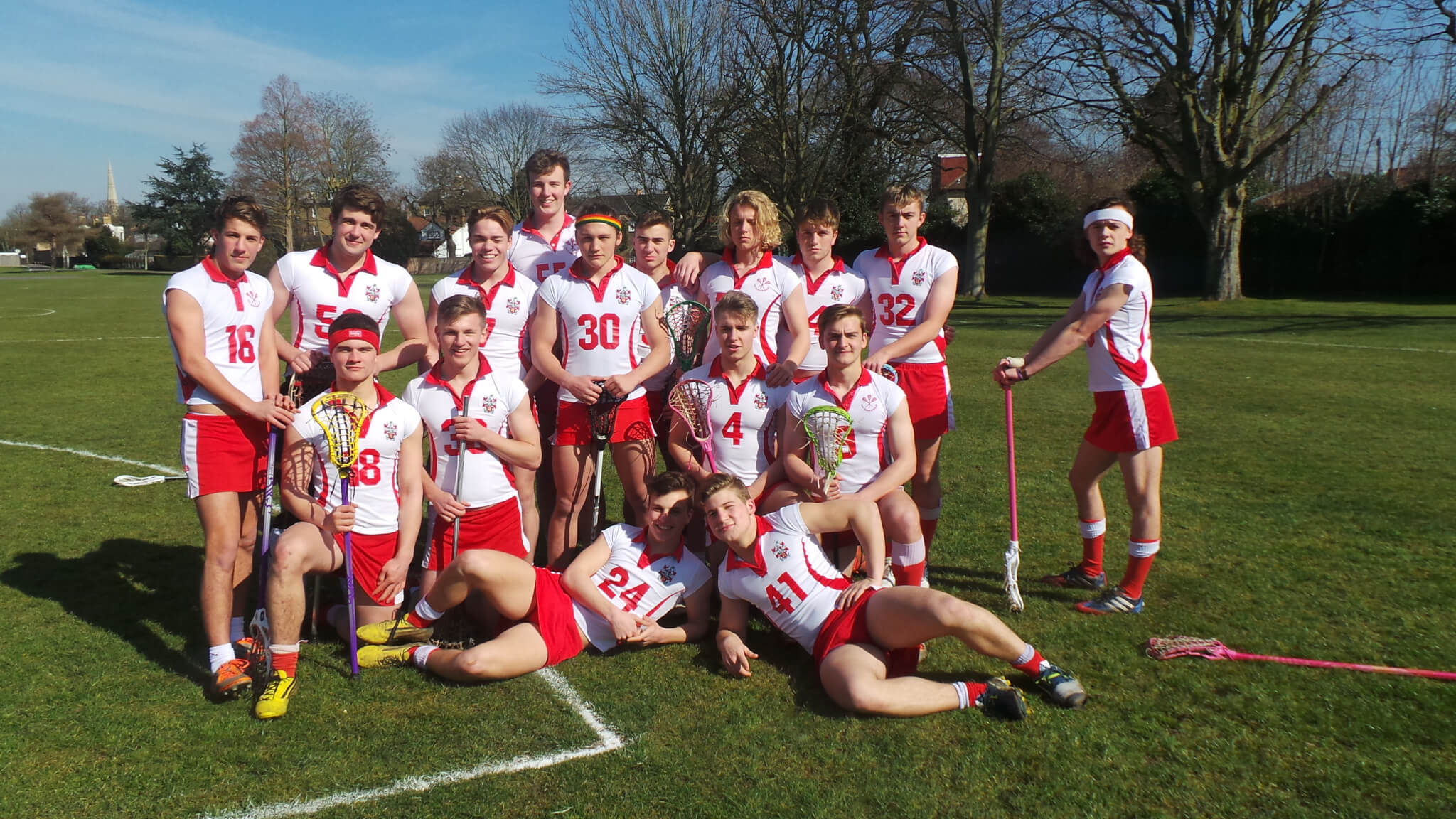 Secret practice sessions over the last few weeks were not enough for Hampton’s formidable 1st XV to overcome LEH in the annual inter-school Lacrosse match, with the girls winning 4-3 in extra time.

Hampton trailed 1-0 at the break, with the team unfortunately resembling primary school egg-and-spoon competitors rather than a well-drilled lacrosse outfit. Despite being dressed for the part, the second-half saw little improvement in the Hampton performance and LEH soon raced into a 3-0 lead after Ben Harrison was sent to the sin bin for a dangerous display of lacrosse flair.

However, as the game neared its conclusion the boys suddenly started playing for the shirt and roared into life, with three quick-fire goals to level the scores. The equalising goal sparked scenes of intense celebration on the touchline from the visiting Hampton fans. As the final whistle blew, both sides were unsatisfied with a draw and it was agreed that the game would go on until one side found a winner via a “golden goal.”

Despite sustained Hampton pressure, the girls showed their big-match experience and broke down the field to score the winning goal and break Hampton hearts.