Over the course of the week Hampton pupils ranging from First Year to Upper Sixth have had the opportunity to experience and learn about science in an interactive environment.

The science themed week began with a fascinating assembly from Physics teacher Mr Clark, who gave a talk on the recent discovery of gravitational waves.

On Tuesday the School held afternoon talks where four external speakers came in. Titles of the talks included: Analytical Chemistry and Forensic Science, Clinical Psychology and OCD research, Cancer Therapies – An Immunologist point of view and ‘Curing Cancer with Maths, Physics and Computers’.

The highlight of the week for many came on thursday morning. A circuit of demonstrations was organised by each department with the intention of amazing the pupils. Biology made energy from glucose and in Chemistry the boys saw a variety of explosive reactions and what happened when a packet of Mentos is released into a bottle of Diet Coke. In Physics, Second Year boys learned about the strange behaviour of spinning objects and the Technology department demonstrated 3-D printing and Drone science.

However, the day didn’t stop there, Hampton’s budding scientists were taken to the cloisters, and watched as the technicians were preparing a new experiment from behind the safety of the windows. Liquid nitrogen was poured into a old water bottle, the cap was screwed back on and the bottle was then placed in water.

As the liquid nitrogen boiled, the pressure inside the bottle increased dramatically and a huge bang was heard around the School. 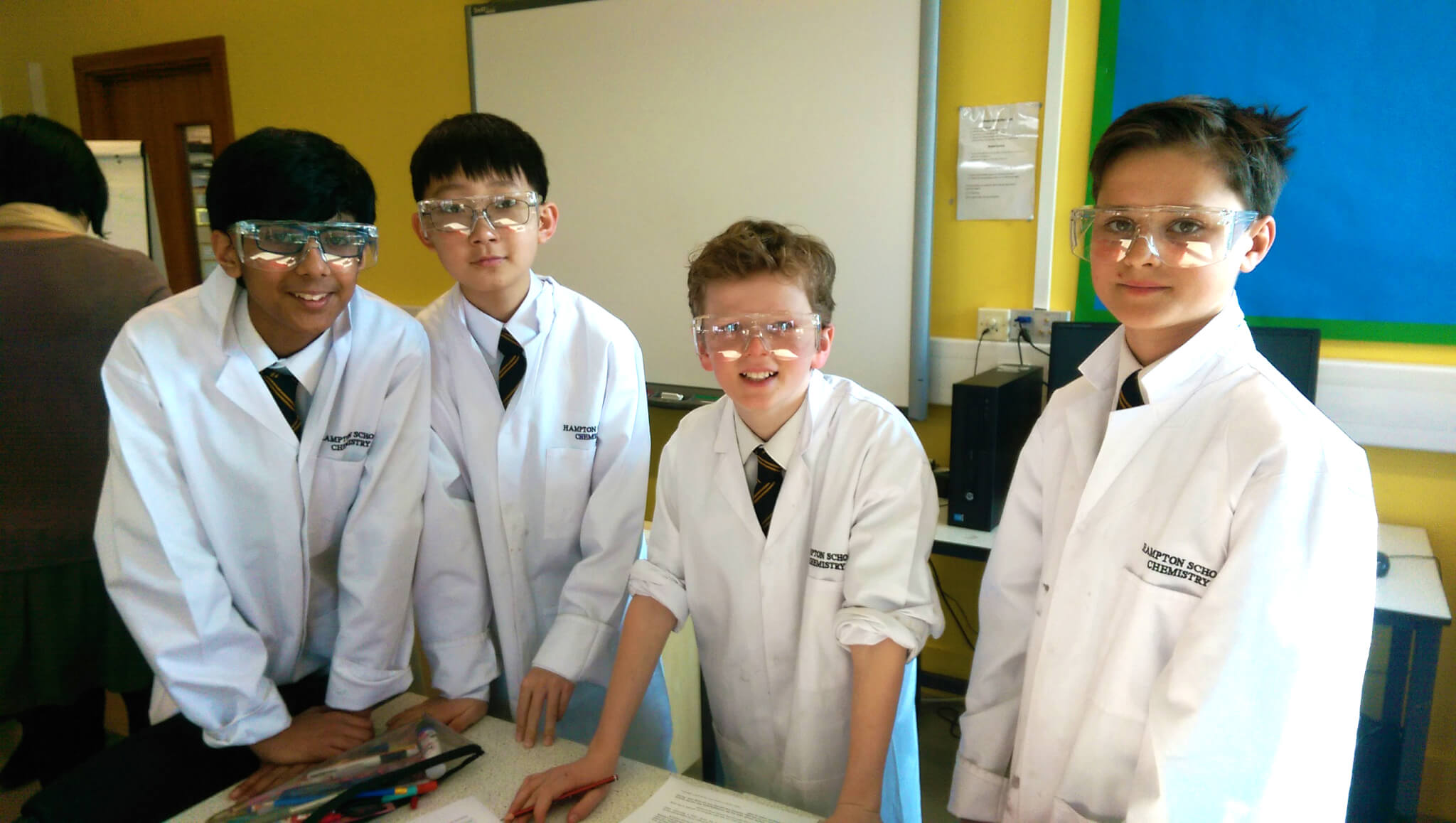 Dr Langdon also took four Second Year boys, Joshua Carmody, Saahil Dhawan, Anthony Wang and Zachary Whelan, to the Salters’ Festival of Chemistry at Brunel University, where they took part in a variety of practical, participated in the University Challenge. The boys finished a creditable third and got a valuable taste of university life.

To finish off the week on Friday, a new vet from Alpha Veterinary Surgery in Teddington came to talk to boys who are considering taking up veterinary medicine.

Chemistry teacher Dr Stuart, who organised many of the week’s events, believed it was beneficial for the pupils:

‘I think Science Week this year has been incredibly successful, we have tried to include a range of enjoyable activities to showcase to the boys from First Year to Upper Sixth. I hope it has given them a flavour for what is possible and that science is so much more that what is taught in the classroom’