A 17 year old Hampton boy achieved a world-best this week. 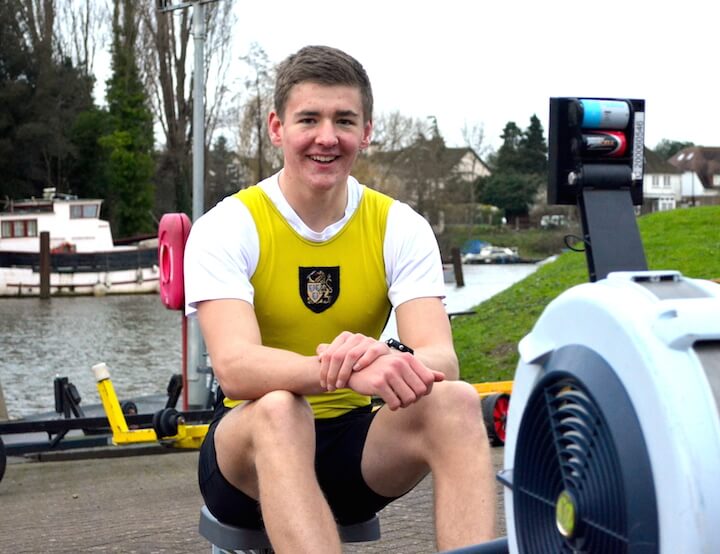 The feat was overseen by Rowing Coach, Mr Neil Double, and recorded on the digital display of the rowing machine. The information was sent to Concept 2 who are the manufacturers of the machine, for verification.

This is a fantastic individual achievement and shows the solid winter training has paid off for him. I hope this will inspire the rest of the group now and Dom for the future.

Dominic’s potential has already been recognised by GB Rowing. He was selected to attend the recent GB training camp, having represented GB at the Coupe de la Jeunesse last year