Safe-Crackers compete to be the best in Britain 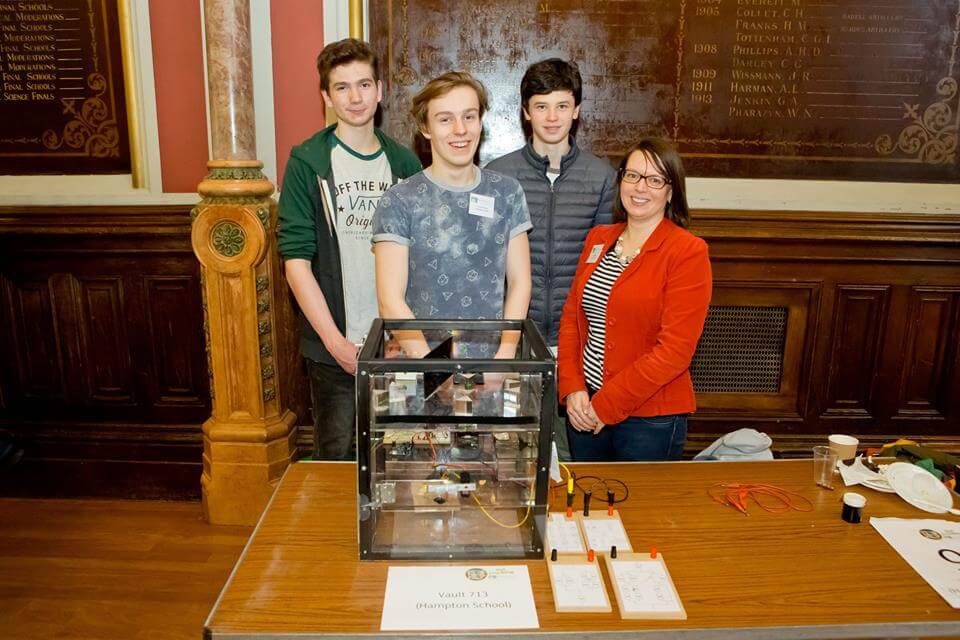 A team of five Hampton boys competed in the UK Weizmann Physics Safe Cracking Competition held at Dulwich College. 12 UK teams were competing and each team had designed and constructed a safe with at least two stages, both based on Physics principles. Points were available for cracking the safes of other teams, and for keeping them from your own safe’s treasure. The stakes at the competition were high, with the winners qualifying for the international finals, held at the Weizmann Institute of Science in Tel-Aviv.

Our boys showed excellence at applying their classroom physics to crack other team’s safes, but sadly this year Hampton was not placed among the competitions winners. Though the team were disappointed to have missed out on the opportunity to compete in international competition, they hope to return next year to qualify for Israel.

One of the team’s supervisors, Mrs Christine Reilly, was impressed by the commitment the boys had put into making and exhibiting their safe:

“The team were outstanding ambassadors for Hampton; their excellent manners, and friendly dispositions shone out particularly when explaining the stages of their safe to the judges and many parents who came to see the safes. A huge congratulations to the boys for all their work in creating a fabulous safe especially Will Hardy for his excellent safe case, and also to the staff in the Technology department who gave up lots of free time to help the boys. The boys and staff are now buzzing with ideas for next year’s competition when we plan to come back bigger and stronger – watch out Tel-Aviv.”