A total of 29 Hampton boys took part in The Lady Eleanor Holles Model United Nations Conference along with a host of other schools. 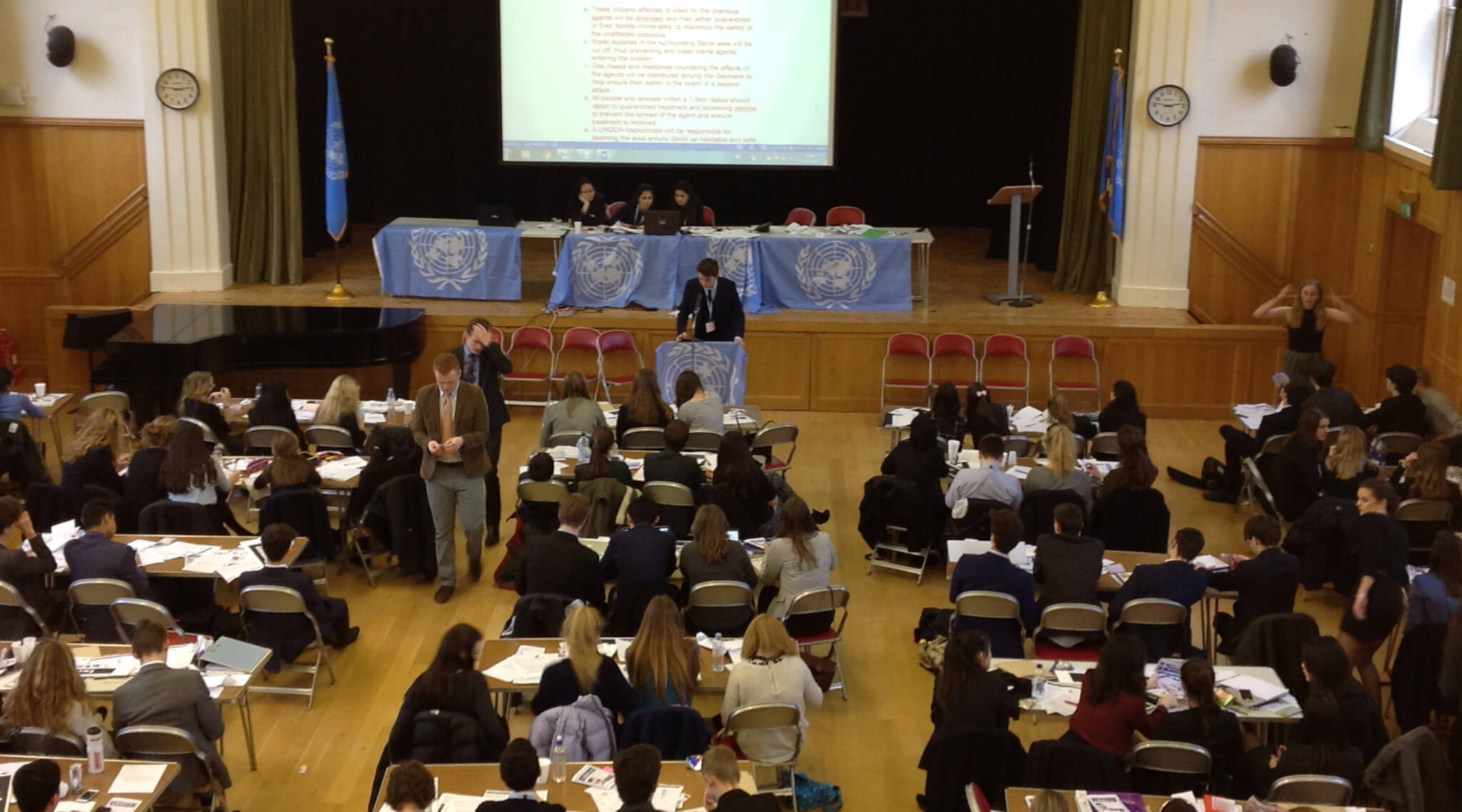 A wide range of topical issues were debated and the Hampton teams, representing the UK, Lithuania, Germany, Sudan, Iran, Saudi Arabia and Chad, suggested solutions to solve some of the most troubling global problems. These included the migrant crisis, North Korea’s nuclear weapons programme, and the threat of Islamic State terrorism.

After an exciting weekend of intense discussions, four Hampton boys received ‘highly commended’ awards; Sam Millward, Oliver Harvey-Piper, Arron Mallinson-Pocock and Tom Nunan were all recognised for their skills in debating and diplomacy.

The Hampton delegation representing the UK, which included Tom Nunan, Arron Mallinson-Pocock, Fintan Smyth, Callum McCutcheon and Luka Stojanovic, were also ‘highly commended’ for their teamwork skills and the quality of their contributions to debates taking place in the General Assembly.

Accompanying teacher, Mr Haig Agulian, was impressed with what he saw:

“All boys who participated in the event not only showed a great degree of commitment and ardour with their debating endeavours but also gained an invaluable opportunity to develop essential oratory skills.”