Twenty-three Hampton boys have been offered places at Oxford and Cambridge Universities for September 2016. The conditional offers are across a wide range of subjects including Law, Languages, Medicine and Engineering. 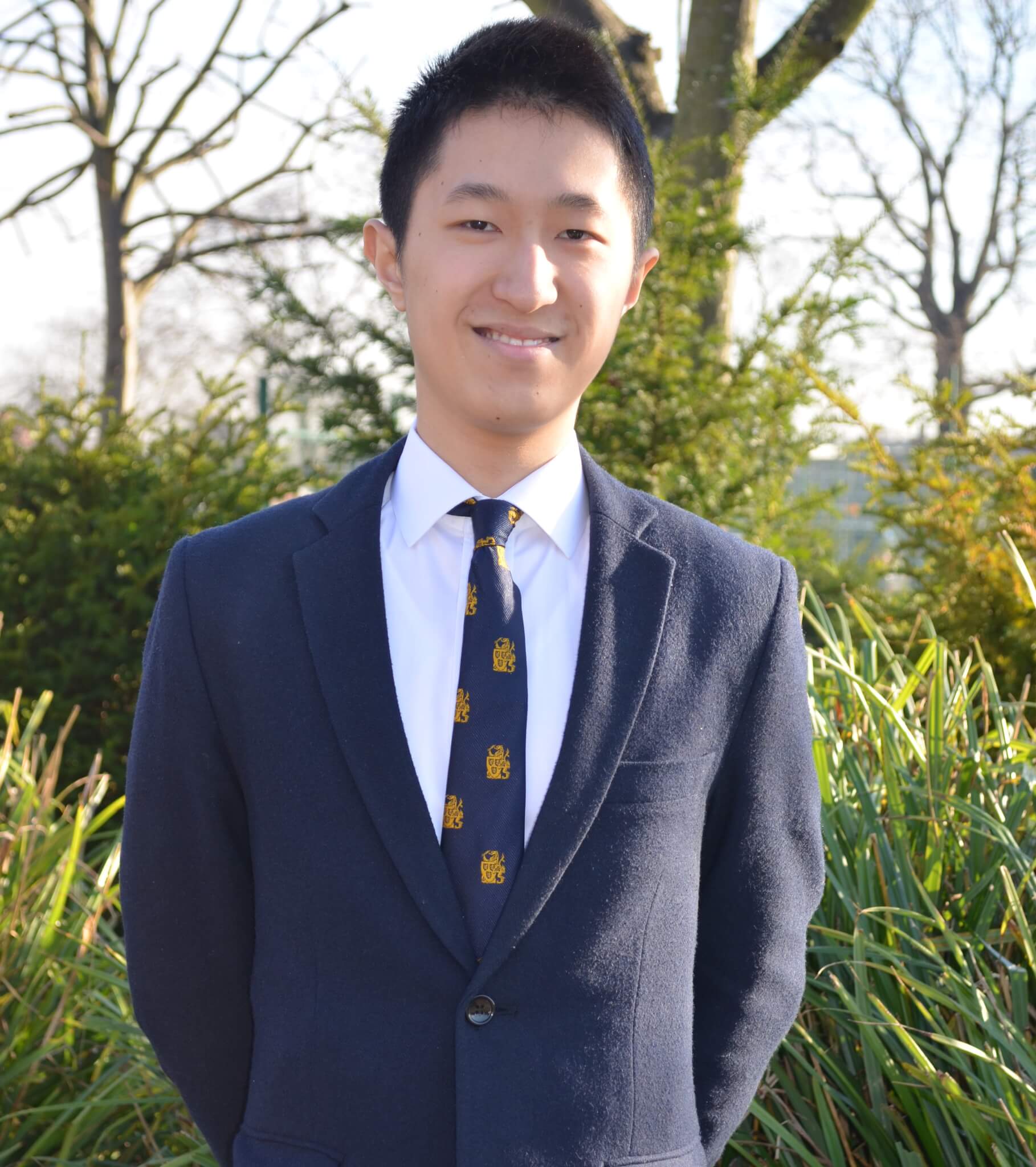 Three Hamptonians have been offered places on Maths degree courses.

Aaron Jones has been offered a place to study Maths at Wadham College, Oxford and David Tao is hoping to head to Trinity College, Cambridge where he will be reunited with Old Hamptonians and former members of the Senior Maths Team, 2015 leavers Joshua Rowley who is currently studying at Trinity, and Neil Deo who is now at Emmanuel College studying Maths.

David says he is thrilled to be accepted on one of the world’s leading Maths courses:

” When I opened the email my heart was pounding but it was the best news possible. I am so excited at this wonderful opportunity and it will be great to meet up with my old team mates” 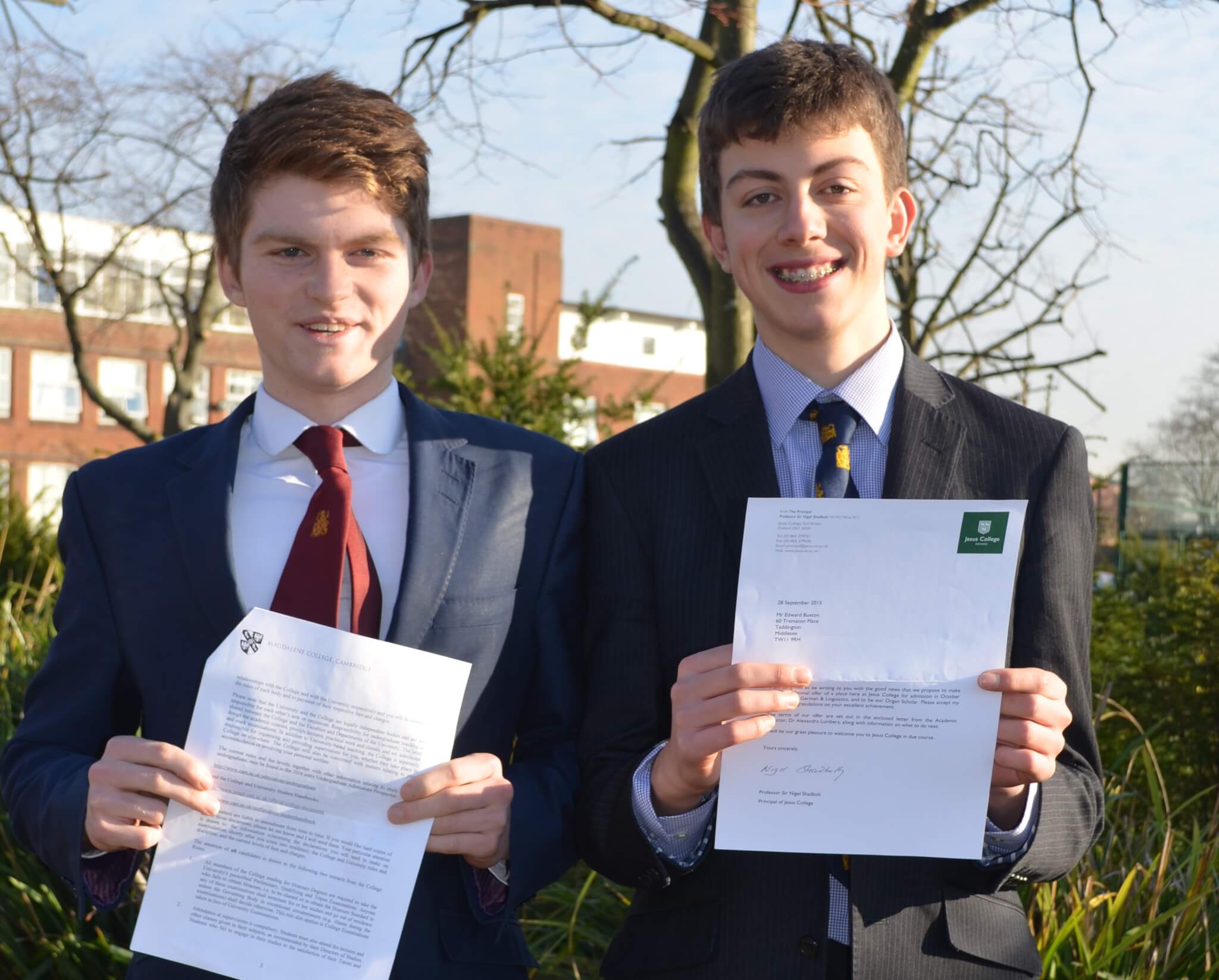 There was excellent news too for Hampton musicians, with two boys being awarded Organ Scholarships: Alex Coutts hopes to take up the position of Organ Scholar at Magdalene College, Cambridge, and Edward Buxton is looking forward to being one of the Organ Scholars at Jesus College, Oxford University.

“I was in a music rehearsal when I saw that an email from Oxford had arrived. I couldn’t wait and opened it there and then missing the introductory paragraph and just scanning for the key words. To learn that I have been offered this prestigious scholarship is a dream come true.”

We are delighted that so many Hamptonians have once again secured offers from Oxford and Cambridge and these young men can be extremely proud of their success in such a rigorous process. It is particularly pleasing that they have achieved this academic recognition alongside making such strong contributions to the all-round life of the School through their co-curricular activities and community involvement.