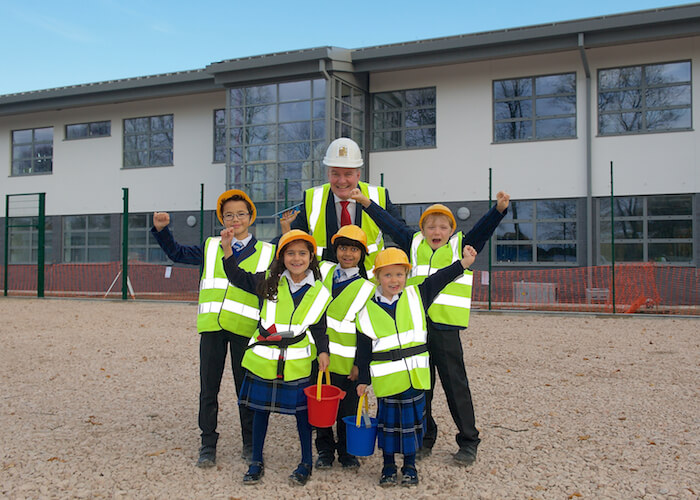 Denmead School will change its name to Hampton Pre-Prep & Prep School in spring 2016.

The change of name is a natural progression as the Pre-Prep and Prep School is already an important part of The Hampton School Trust and is overseen by the same Board of Governors and the Hampton Headmaster.

The re-naming coincides with the construction of a state-of-the-art preparatory school building on the Gloucester Road site in Hampton, which will open in spring 2016. The school will have on-site playing fields and a multi-use games area, offering pupils a bright, welcoming and purpose-built learning environment and classrooms equipped with bespoke facilities.  Externally, eco-friendly features include a ‘green roof’ covered with alpine plants and a ground source heat pump, which will use the earth’s energy to help heat the building in the winter and keep it cool during the summer months.

Denmead Headmaster, Mr Tim Smith, says 2016 will be an exciting time for the School:

“Pupils and staff are very much looking forward to moving into our wonderful new building in the Spring Term. Denmead became part of The Hampton School Trust in 1999, since when its links with Hampton have grown ever closer. I look forward to continuing to build on our school’s reputation for all-round excellence.”

“This is an important development for the Hampton School Trust; the new name reflects the close, mutual relationship between the pre-prep and prep and the senior school. This was established over 16 years ago and continues to prosper.”

The change of name will come into effect from Monday 22 February 2016.