Genocide, through our Eyes

Genocide, through our Eyes 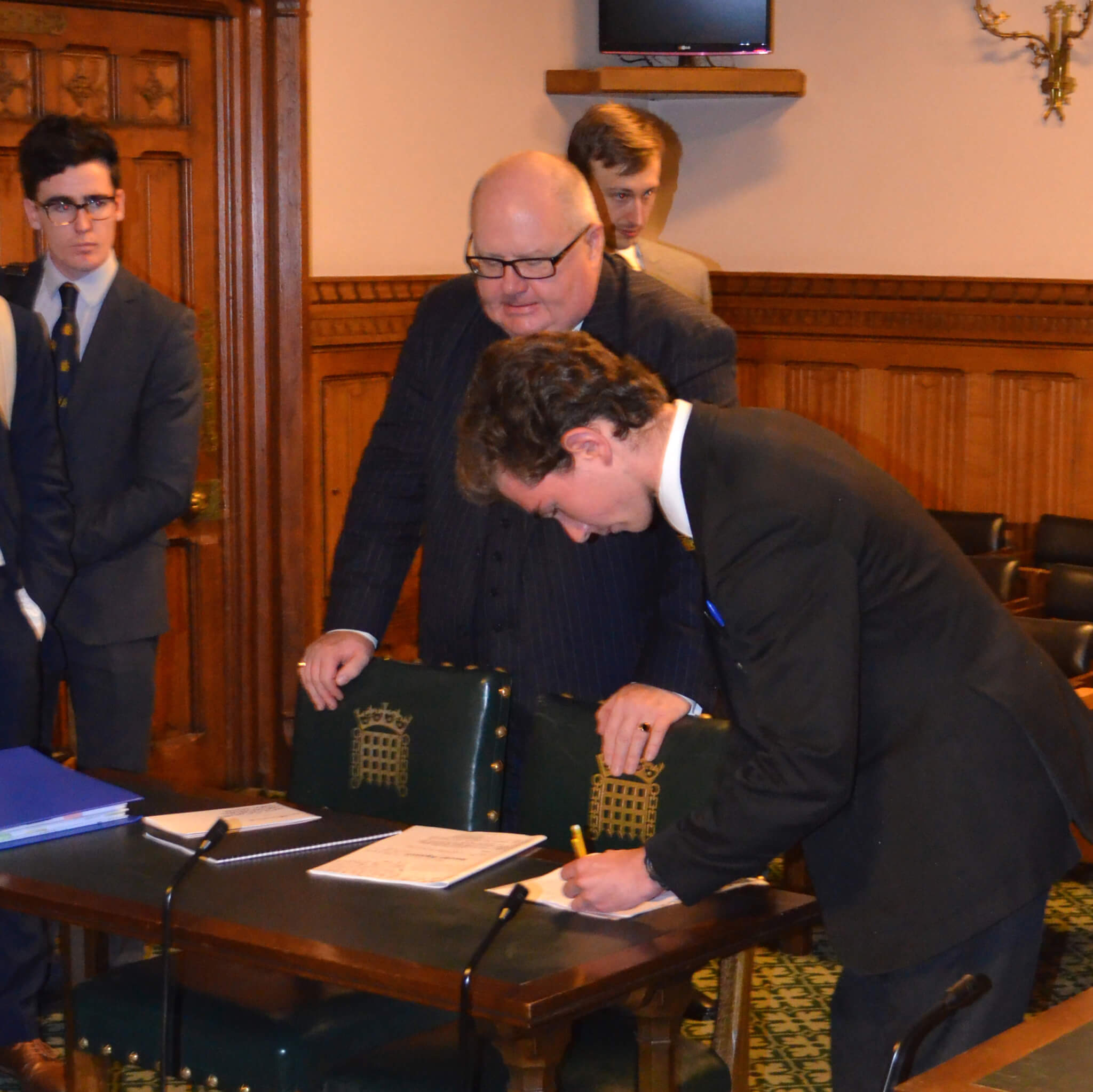 Pupils from Hampton have been working in collaboration with 15 other schools, forming a group to help raise awareness about genocides since the Holocaust. The group, ‘Genocide, through our Eyes’, involves schools from as far afield as Canada, the USA and Thailand and was formed in response to a significant knowledge gap about the issue.

Research, published by the group on the UN’s International Day of Commemoration of the Victims of Genocide, can reveal that 81% of 11-16 year olds cannot name a genocide since the Holocaust.

Recently we have seen the seventieth anniversary of the liberation of Auschwitz. However, it seems that similar atrocities in Cambodia, Rwanda, Bosnia and Darfur have largely been forgotten.

Members of Genocide, through our Eyes launched their research at a meeting with Sir Eric Pickles, Olivia Marks-Woldmann, CEO of the Holocaust Memorial Day Trust and Eric Murangwa, survivor of the genocide against the Tutsi in Rwanda, at the House of Commons.

Upper Sixth Hampton boy, James Ingram, is one of the leaders of the group and explains why they have decided to act:

‘Learning about modern genocides is really important. I used to think that, after the Holocaust, ‘Never Again’ meant exactly that. It didn’t. If we are to prevent future genocides we have to learn from the mistakes which we seem always to repeat.’

Other members of Genocide, through our Eyes from Sandbach High School in Cheshire say:

‘Our aim is to open young people’s eyes about an issue which too many are blind to. We want to make young people more aware of modern genocide as we feel that it is not addressed enough in school.’

‘I want to congratulate the students behind Genocide, through our Eyes. They recognised the significance of HMDT research that showed 80% of young people knew nothing about genocides that have taken place since the Holocaust, and have campaigned tirelessly since then to change this. The theme for Holocaust Memorial Day 2016 is Don’t stand by: these young people have refused to stand by and are determined to raise awareness of genocide.’

‘Genocide is not a thing of the past but of the present. We need to understand that within society we’re all capable of injustice and hatred. The real success is finding a way to bring out the best in mankind, not dividing society even further.’

Eric Murangwa, a survivor of the genocide in Rwanda, is convinced the work of Genocide, through our Eyes, is worthwhile:

‘Education and awareness is the most powerful weapon which we can use to change the world for the better. What the young people from Hampton school and other schools are doing is exactly what British society and the world at large need, so I’m very honoured and privileged to be involved in this groundbreaking initiative championed by caring and concerned young citizens. The education of genocide in UK schools is not an option but a priority, so let’s make sure that this happens sooner than later.’

‘I commend the young people from schools around the country who have conducted this meaningful research. Whilst it is heartening that almost three-quarters of pupils surveyed know about the Holocaust, we must raise awareness of other genocides such as Srebrenica. It is vital that our young people learn the lessons from genocide so that they can lead the challenge against hatred and intolerance, whilst helping to create a better, safer, more cohesive society.’