The Third Year get to know their new classmates 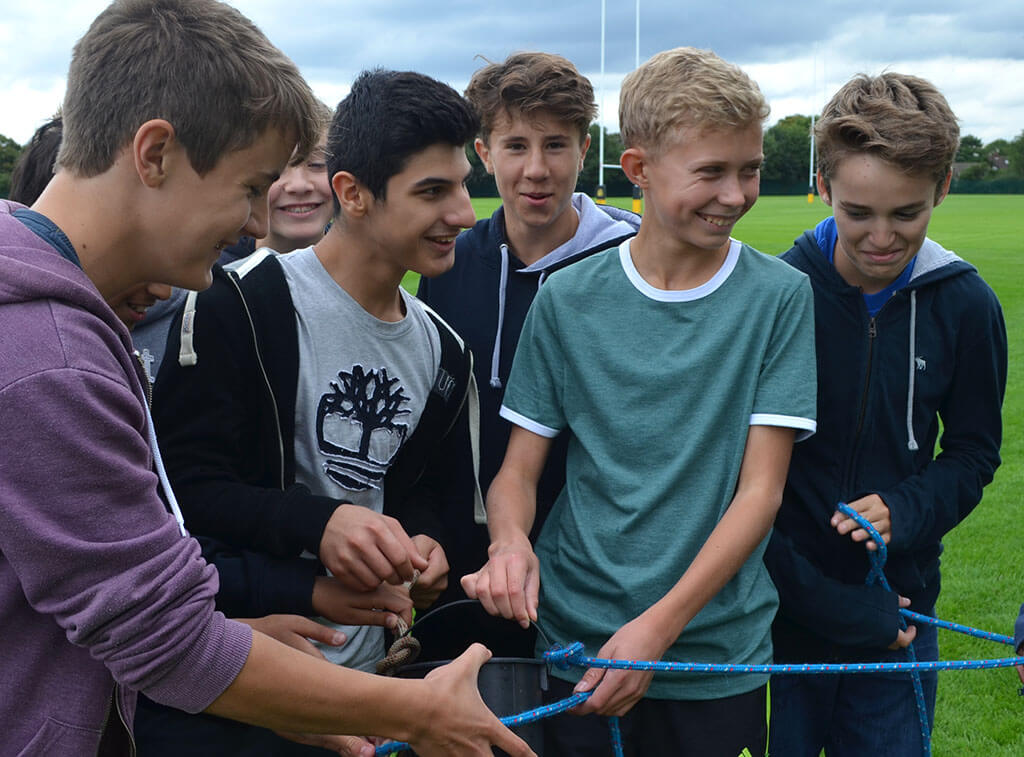 Hampton Third Years enjoyed a day of fun and enrichment through physically and mentally demanding activities as they participated in their Team Building Day.

Each newly formed tutor group was asked to demonstrate their abilities to work and communicate as a team, as they attempted to solve and complete several challenges such as The Giant Spiders Web and Lost Keys.

The purpose of the day was to encourage teamwork, enabling the new forms to bond and allowing the boys to get to know one another. It was also a good opportunity for the boys to meet their Tutor Group Sixth Form mentors, who were a great help throughout the day.

The staff of the Problem Solving Company, who run the activities, were very impressed by the boys’ conduct, enthusiasm and skills, as were their tutors.

Joint Head of Third Year, Ms Kathryn Millar, was pleased with how the boys cooperated:

“It was great to see the boys get stuck in from the off, and the day was keenly contested! More importantly than the competition, though, the Hamptonians worked together extremely well and the atmosphere through the day was very upbeat.”