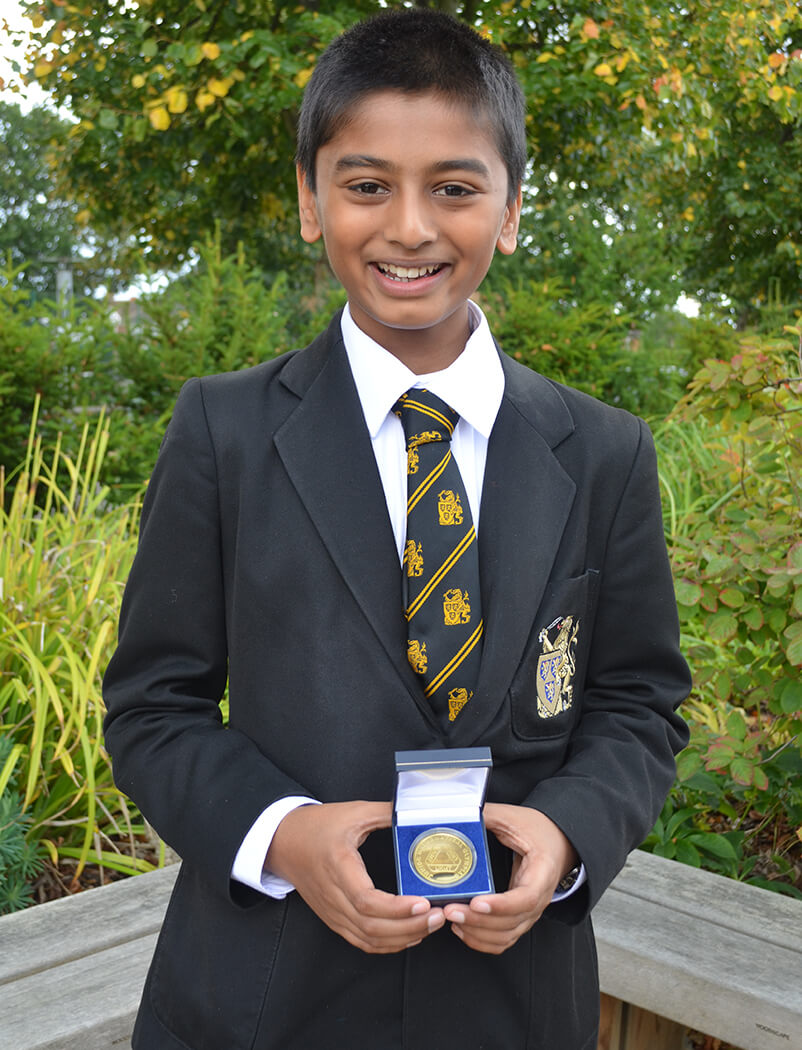 Pupils in the current Second and Third Years did extremely well in the Junior Maths Olympiad held in June. Just qualifying for the Olympiad is a great achievement and the boys who were there performed very well in a challenging paper.

There were seven medals awarded to boys from Hampton who took part in the competition. Bronze medals were awarded to Edward Allen, Jack Murphy, Jack Lucas and Vlad Penzyev and Silver medals to Maxi Grindley and Matthew Cresswell.

One Gold Medal was awarded to Stephon Umashangar of the Third Year. This is a phenomenal achievement, placing Stephon in the top 30 nationally in his peer group. Two Gold Medals have previously been awarded to Hampton boys in the Junior Maths Olympiad before; Anthony Boyle won a Gold Medal in 2008 and is currently at Oxford and Alistair Miller, now studying at Cambridge, was given one in 2009.

Stephon was happy with his achievement:

“It was a great feeling to win a Gold Medal. I hope next year in the Intermediate Olympiad I can do as well. Doing Maths is great because I find it really fun and it’s useful too.”

Maths teacher Mr Daniel Griller was impressed with all the boys who took part:

“Many congratulations to all our award winners – seven medals is an astonishing achievement, given that only 210 medals are handed out in total. To have so many talented mathematicians bodes incredibly well for the future.”