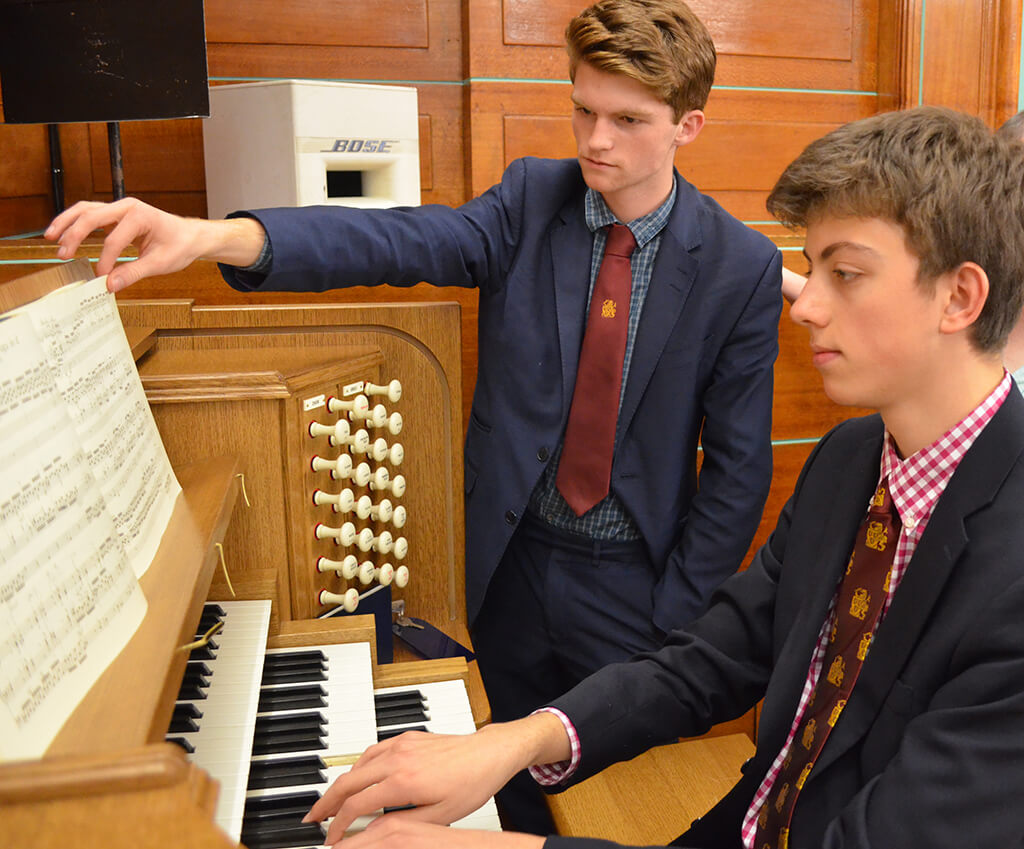 Two boys in the Upper Sixth have been offered organ scholarships for Oxford and Cambridge Universities.

Alex Coutts will be studying Modern and Medieval Languages at Magdalene College, Cambridge whilst Edward Buxton will be studying German and Linguistics at Jesus College, Oxford if they are successful in their A Levels in Summer 2016.

Both boys have been heavily involved in Hampton music throughout their careers at the School.

Alex is also a keen singer. He was a member of the School’s successful male voice choir, Voices of Lions, in the BBC Choir of the Year 2014 competition, singing at the Category Final in the Royal Festival Hall. He has also joined them on tour to the Edinburgh Festival Fringe in 2014.

As well as the organ, Edward plays the trumpet in the School Symphony Orchestra and a number of other ensembles, whilst also singing in the School Choir.

Both have been taught by Hampton School visiting organ teacher, Julie Ainscough, who has taught at the School for 21 years and has helped nine Hampton organ scholars win scholarships.

Julie, also the organist for the Benedictine Abbey at Chilworth, was pleased for the boys:

“Well done to Alex and Edward. They have been great pupils over the years and I am delighted to see their hard work rewarded in this way. I know they will have a great time at Cambridge and Oxford respectively.”